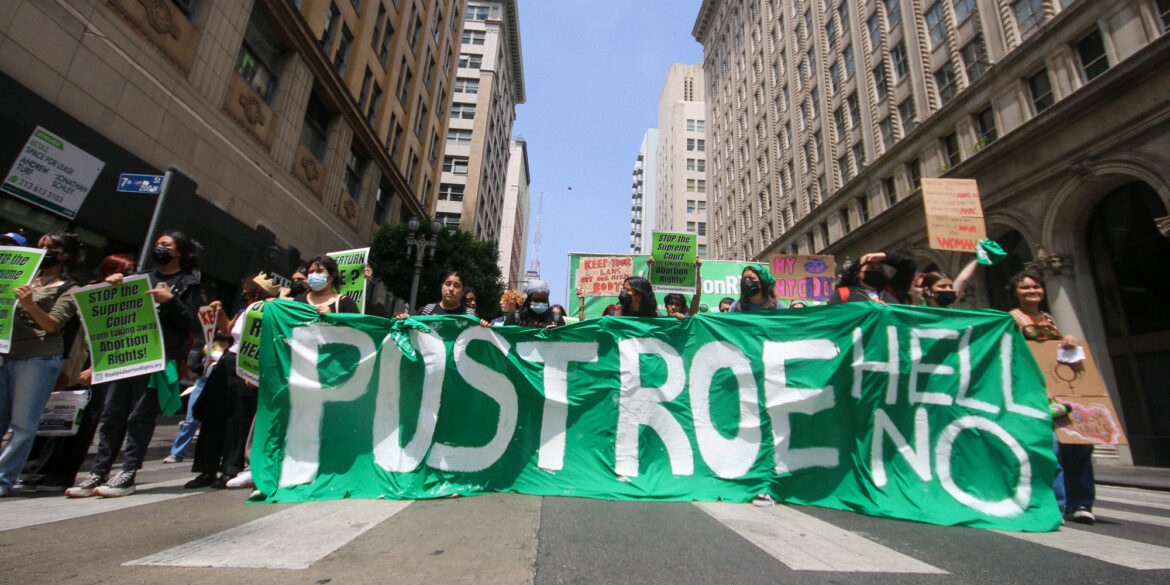 Con: Hands off my body by Jayna Kuklin

On June 24, the world halted when the Supreme Court of the United States (SCOTUS) voted 6-3 to overturn Roe v. Wade.

Now, people are confused about where things are going in the wake of the controversy that has come from SCOTUS’s decision.

There have been calls from Americans to the federal government to codify—to enshrine a right or a rule into a formal systematic code— a woman’s right to choose, but this has not happened.

Unfortunately, in What would it mean to codify Roe into law – and is there any chance of that happening?, Congress does not plan on doing this because Roe had not been in place since 1992.

In 1992, Planned Parenthood v. Casey stated that the Pennsylvania Abortion Control Act of 1982 had five provisions that were in violation of Roe v. Wade, which at the time was under the Due Process Clause of the Fourteenth Amendment of the United States Constitution.

And the million-dollar question is proposed to them: “Should the states intervene in a woman’s right to have an abortion?”

The answer to this question is no. The states should not intervene in a woman’s right to have an abortion.

With Roe v. Wade overturned, which states would restrict or protect abortion rights? explained that there are a number of problems that come with SCOTUS’s decision to overturn Roe v. Wade.

13 states have “trigger laws” that automatically restrict abortion in the event that Roe gets overturned. Now that this has happened, you cannot get an abortion in the following states: Arkansas, Idaho, Kentucky, Louisiana, Mississippi, Missouri, North Dakota, Oklahoma, South Dakota, Tennessee, Texas, Utah, and Wyoming.

Some of those states also have bans set in place with zero exceptions for rape or incest.

Would you really want your 16-year-old daughter to be forced to carry a fetus to term? A baby that was conceived because her older brother or her father raped her?

Criminalizing abortion does not stop it from happening. If you’re in a country where abortion is strictly forbidden or illegal, you would have to resort to unsafe measures to get an abortion.

In fact, almost 90% of abortions in countries that allow abortion on request are safer than if an abortion is either allowed on socioeconomic grounds, to save the mother’s life, or not at all.

Another major problem that comes with the overturning of Roe is the number of maternal deaths rising, especially without the proper services needed for a safe and legal abortion.

The dangers of overturning Roe v. Wade explains a deadly consequence that would come with Roe v. Wade being overturned.

“Increases in unwanted and unsupported pregnancies, and lack of comprehensive reproductive services for women, will worsen health disparities and exacerbate poverty among vulnerable populations, particularly among women of color who already experience disproportionately poor maternal health outcomes. Consequently, women and girls across this country will die, and one projection estimates a 21% increase in pregnancy-related deaths.”

In the same article, the CDC reported that states in America saw the maternal mortality rate go up by 36.8% in the past two years.

People have the right and privacy to make choices regarding their own body and the state shouldn’t impose on a choice that is individual and personal.

It’s not up to the states to legislate the morality of abortion — it’s the people with uteruses and their trusted doctors.