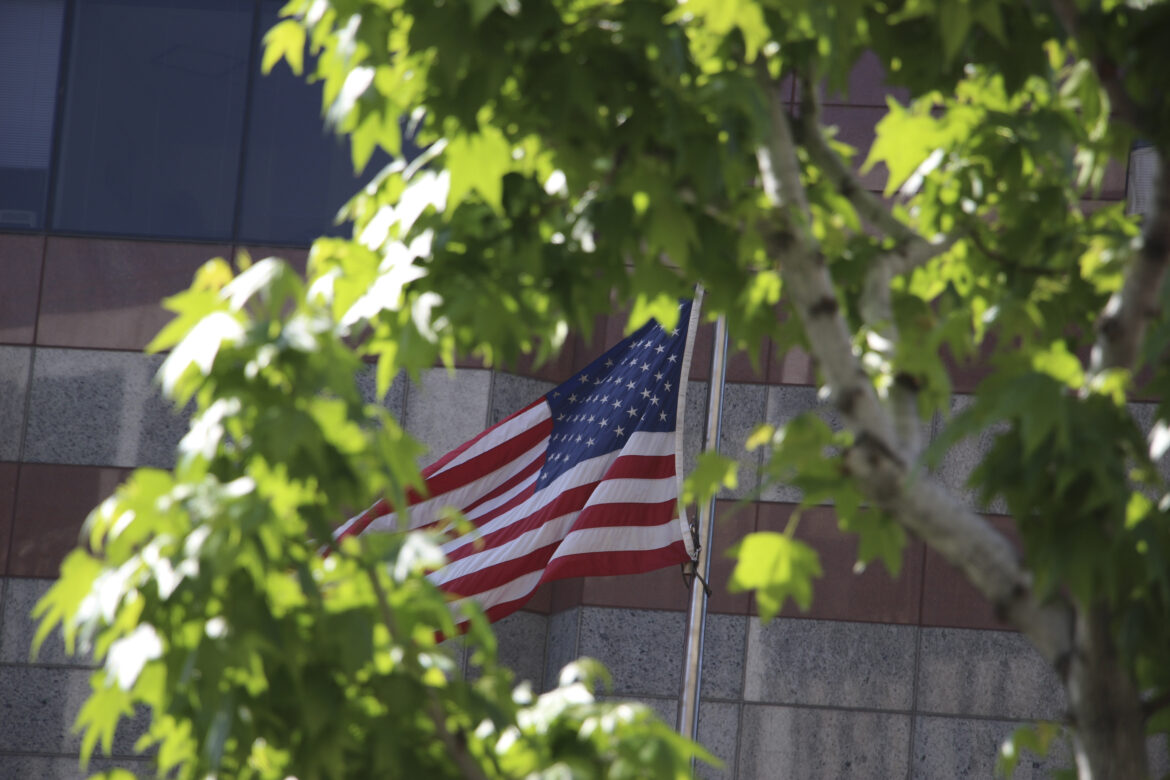 On June 14, 1777, we stood for the American flag for the first time when the Continental Congress declared, “The flag of the United States had 13 stripes, alternate red and white. The union also had 13 stars, white in a blue field, representing a new constellation.”

However, what was known to be American tradition today is now embroiled in controversy as some players in the National Football League (NFL) have opted to take a knee rather than stand for the Pledge of Allegiance.

While players are allowed to have their beliefs, kneeling instead of standing is a sign of disrespect.

In California, the Pledge of Allegiance is required to be recited, but oversight is left depending on the school districts.

Representing America: Why Students Should Stand for the Pledge of Allegiance explains why it is important for military personnel to stand for the flag along with knowing how to honor it.

The military is one of the most important protectors of the American flag, as they were responsible for how Americans got their freedom. So it is crucial for them to treat the flag with the utmost respect it deserves and salute it, along with knowing how to honor it. If they don’t do so, then they are to face severe repercussions.

So I ask all of you this one question: Would you rather be standing and saluting the flag? Or would you rather take a knee and face consequences for it?

And that reason is “To show that we are still united as a country”.

Over the past couple of months, citizens have shown that they are in danger of being divided because they have reservations about other topics such as abortion, what religion should couples raise their kids in, etcetera.

But standing for the flag should not be one reservation people hold against each other, no matter how they feel about it versus how another person feels about it.

People have the right to express their views on the Pledge of Allegiance, but in the end, we should not be kneeling down for it. Why? Because it is not the way to show respect for the American flag as American citizens.