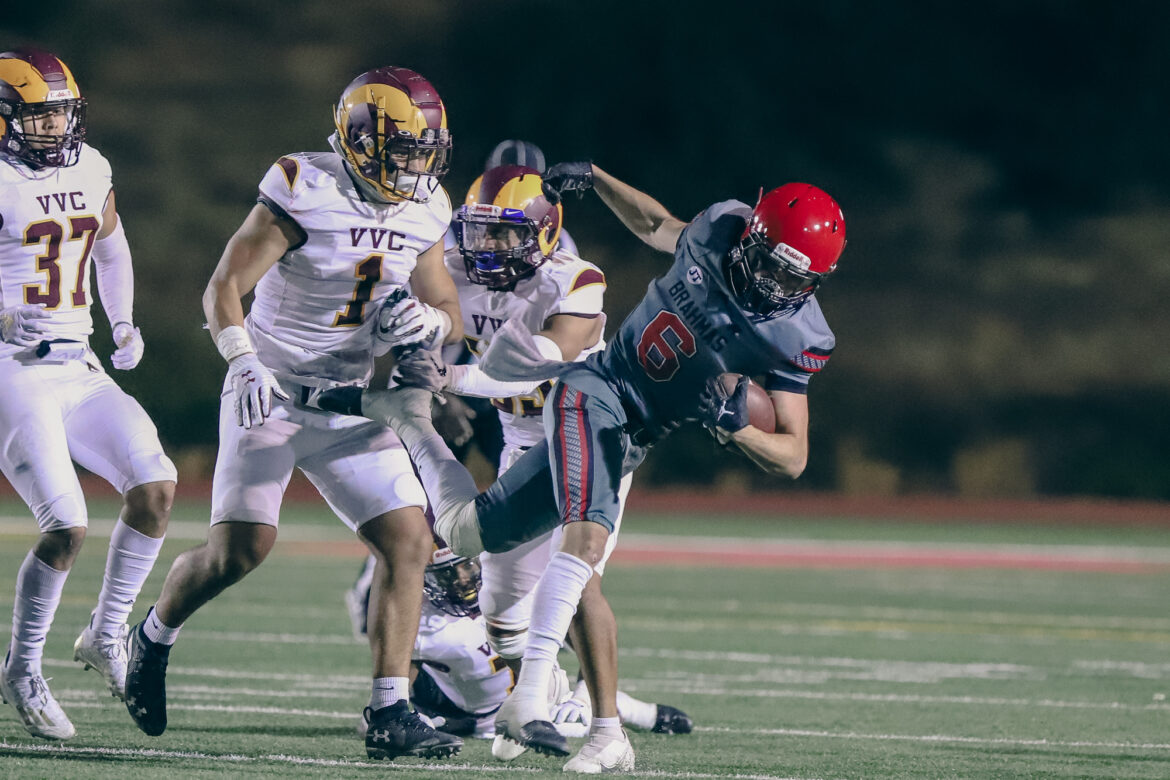 Pierce College football lost their fourth game of the season to Victor Valley College 24-7 on Saturday at a home game in John Shepard Stadium.

The Brahmas started off playing good defense, but so did the Rams.

The Brahmas were down 10-0 at halftime, as the Rams scored a touchdown in the first quarter followed by a field goal in the second..

There were several key players that got sick or injured during the past weeks, including receiver Dan MacWilliams Becerra, who is out with a concussion.

“We are very thin on our roster today,” head coach James Sims said before the game. “We are going in the game with about 30 players. It’s going to be an uphill battle, but we have to keep fighting until we get everybody back.”

In the first half, more players got injured, such as cornerback Raife Anthony who was held off the field after injuring his ribs defending a pass in the endzone.

In the first week, the Brahmas lost a key player, wide receiver TeNorris Merkel to an ACL injury. On Saturday, Merkel cheered his teammates from the sidelines to keep them going.

After the second quarter, Merkel said that they have been in worse situations at half time.

“So far as you can tell it’s not a bad game,” Merkel said. “If everyone does their job, anything is possible.”

Sims made the adjustment to put in quarterback Matthew Joseph Abajian to substitute for starting quarterback Peyton Pelletier.

This proved to be effective as the Brahmas moved the ball efficiently in the second half, which led to a one-yard touchdown run by Pelletier.

Abajian said that the Brahmas started to pick out the weak points of the opponents’ defense in the second half, but it wasn’t enough.

Despite having a strong third quarter and scoring a touchdown in the fourth, it wasn’t enough to put them over the top and beat the Rams.

Even when facing challenges like injured and sick players, Sims gave the team a pep talk in a post-game huddle that there is still an opportunity to win the conference.

Sims said it was paramount that the Brahmas play solid football and to not make a lot of mistakes.

“We are a confident team,” Sims said. “We are strong.”

Defensive back coach Will Chandler is going to go back to the drawing board and watch films in preparation for the next match up against the Compton Tartars.

On a positive note, Chandler said that the defense and defense played well together.

“We are moving in the right direction for sure,” Chandler said after the game. “I think that overall, we played together as a team.”

Pelletier said that the team has to have energy.

“We have to remember that the game isn’t over until the final whistle blows,” Pelletier said. “We just have to play with heart.”

The Brahmas will host the Compton College Tartars next Saturday. Kickoff is at 6 p.m.