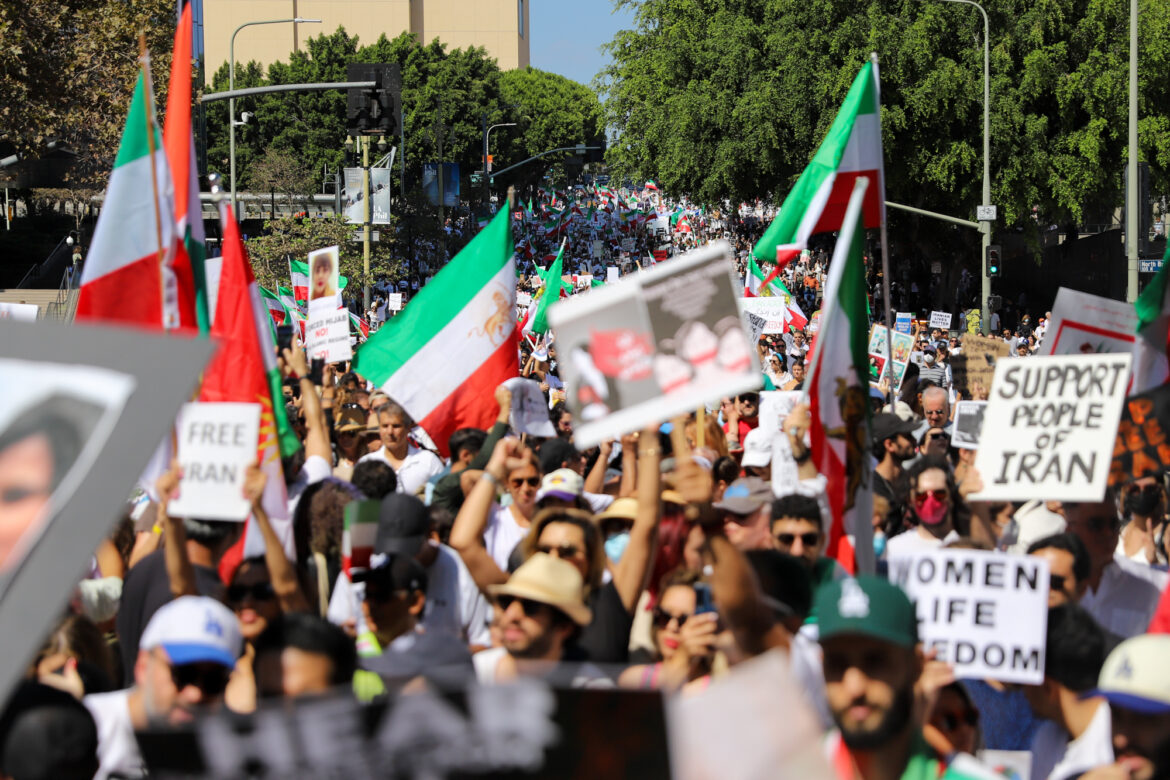 Protesters chanted “Zan (Women), Zindagi (Life), Azadi (Freedom)” as they marched from Pershing Square to Los Angeles City Hall, holding vivid and bold signs of Mahsa Amini, a woman who protestors believed had been tortured and killed while under the custody of Iran’s morality police, on Saturday, Oct. 1.

Pierce Sociology Professor Mitra Hoshiar said that this protest is about bringing awareness to the atrocities that happen to women across the world.

It wasn’t always like this in Iran. According to the Brookings timeline of the Iranian Revolution, before the Iranian/Islamic Revolution, Iran was under a monarchy, where the last Shah and his Regency Council had ruled in an authoritarian system before he exiled.

In the timeline, the regency council along with Shapour Bakhtiar came to stabilize things, but a chain of violent interactions between loyal members of the Shah and rebels, led Iranian people to vote in the national referendum with a majority to overthrow the monarchy and have Iran become an Islamic Republic.

Hoshiar added that Iran used to be a place like western countries, but four decades after Iran’s revolution she said that men have forced women to comply with the rules.

“The majority of men forced them to wear the hijab,” Hoshiar said. “The moral police that we have in Iran, they’ve always been there, but now they are more active. Since then, many women have lost their lives just to stand up against the moral police and the current oppression going on in the country.”

Beverly Hills Mayor Lili Bosse said that she stands in solidarity with the crowd and she has her City Hall illuminated.

“I am honored to be here,”  Bosse said. “I am proud to say that we have already illuminated our Beverly Hills City Hall and with this Justice for Mahsa Amini. And I implore for every government, every elected official, every person across the United States and across the world to do the same. To finally stand up united and we can make that change and we will not stop until we do.”

After Bosse, Los Angeles City Attorney Mike Feuer spoke on how Los Angeles stays strong for Iran and is responsible for standing up to those who can’t.

“They may have silenced Mahsa Amini’s voice, but they will not silence us. We are now responsible for being her voice,” Feur said. “Los Angeles has the most people of Iranian descent outside of Iran in the whole world and today all of Los Angeles is standing together with one voice.”

At the event there were several Iranian and Iranian-American speakers who shared their experience of what it means to be here in Los Angeles protesting for Iran, including Iranian-American journalist, author and activist Masih Alinejad.

Actress and activist Yasmine Aker, one of the protest organizers, shared that it’s important for people to know the meaning to stand for human rights and freedom for all.

“I hope it is the first step towards truly emancipating women in Iran, in all of the Middle East and all of the world. Because until women are free, nobody is free,” Aker said. “And for the people that are here, they are just tired of 44 years of atrocities and dictatorship under the guise of democracy, and they want to overturn their government so that the people in their country can have the basic freedoms, things that we here in the U.S. take for granted.”