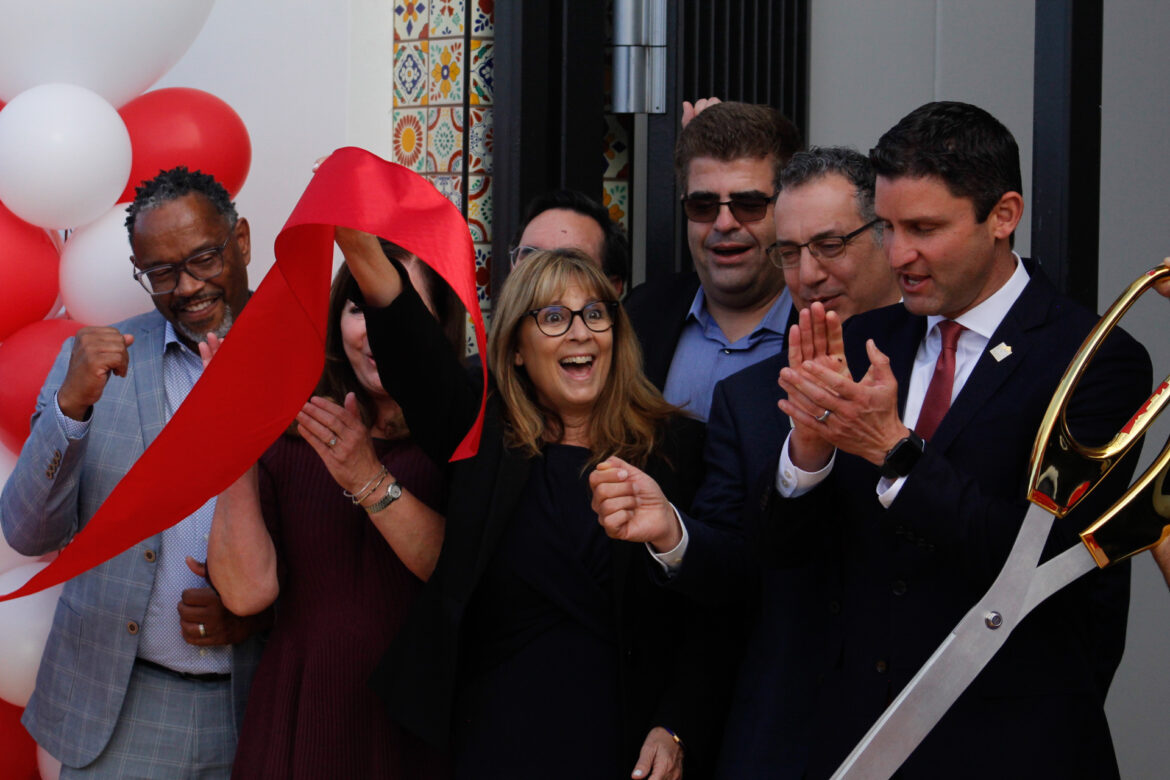 In 1947, Clarence W. Pierce School of Agriculture opened its doors to the first group of male agriculture students.

Now known as Los Angeles Pierce College, the Hispanic-serving institution offers 145 disciplines and 85 academic degree programs, and it is looking to the future with an expansion of a new building for the Automotive Service Technology (AST) majors.

Pierce celebrated its 75th year of serving the community on Thursday with a ribbon cutting ceremony for the new Advanced Automotive Technology building and with a car show.

The anniversary celebration began with speeches in the new building. President of the Academic Senate Barbara Anderson introduced the speakers, including Chancellor of the Los Angeles Community College District Francisco Rodriguez.

Assemblymember Jesse Gabriel, a Pierce College alum, gave one of the opening speeches where he talked about how Pierce College has helped people to work their way into the middle class.

Surrounded by politicians and Pierce administration, Chancellor Rodriguez cut the red ribbon in front of the archway leading into the new autotech laboratories.

The car show featured rows of cars from different eras, countries and styles, from the past to the present, from muscle cars to a VW bus.

AST students mingled and explored the new facilities, and they will begin to take classes in the new building starting next semester.

“This is a huge upgrade compared to the classrooms that we have now,” said AST major Rafael Velezmoro. “Seeing this building really makes you want to start taking classes here.”

This new automotive expansion facility will enable the professors and students to have a dedicated space for electronic systems training and advanced diagnostics.

Professor of Automotive Technology Alex Villalta said that while it is fine for students to want to work on hot rods and classic cars, technology is transitioning quickly. Even the professors will have to expand their training.

“Our main goal is to prepare the students to work in the industry with what is relevant,” Villalta said. “What is going to make them money is working on Teslas, Rivians, Honda Claritys or any other electric car.”

Starting next semester, the new and the old building will be used in tandem.

Tom Rosdahl, an adjunct professor in Automotive, said that one of the benefits of the new building is its extra parking area. Rosdahl said that with the original building, cars had to be moved in and out to accommodate different classes.

“One of the problems the auto building has had in recent times is where do you park all the cars,” Rosdahl said. “These labs are set up similarly to what factory training centers do. With the labs like this, the cars are already in the lab set up for the training for that particular class.”

A second new Automotive Technology building is set to break ground in 2024. Once that one is completed, the original 1967 building will be demolished.