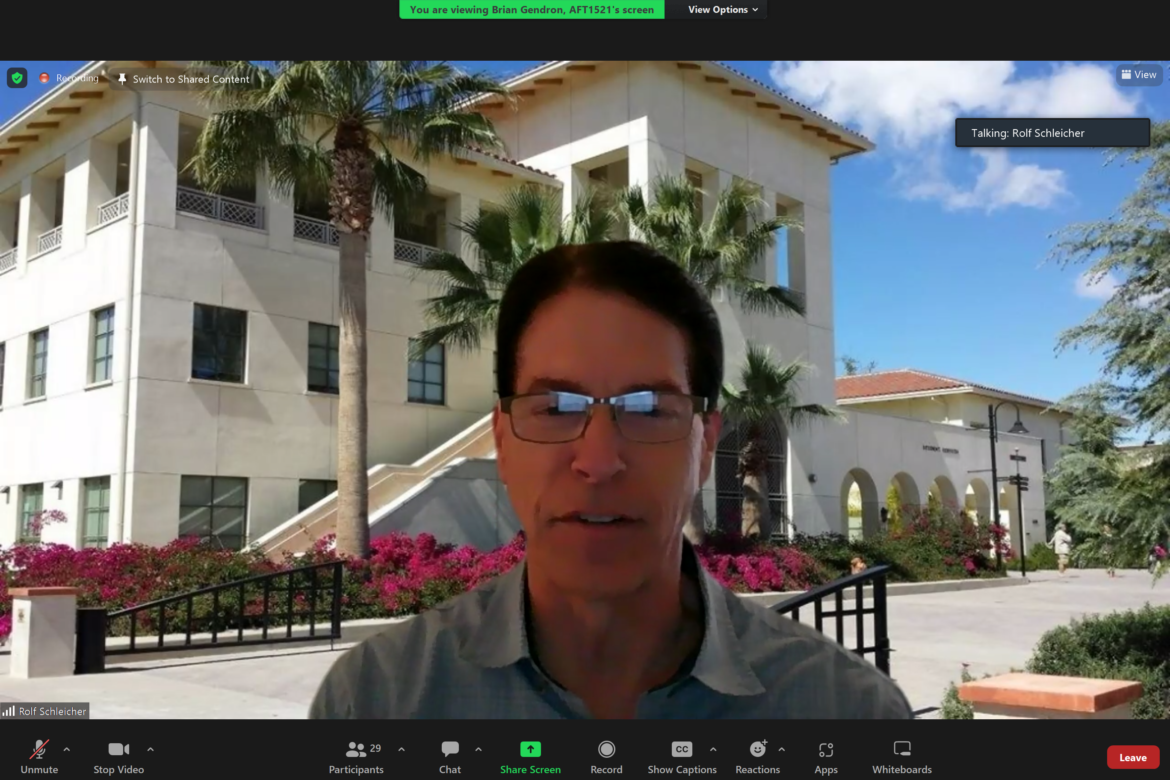 Vice President of Administrative Services Rolf Schleicher kicked off the meeting by thanking everyone who participated in the 75th anniversary and the grand opening of the Automotive Technology building on Oct. 20.

“It was a super great event,” Schleicher said. “Barbara Anderson did a wonderful job and got a lot of great recognition for it.”

Schleicher said that the event was mainly to recognize students in the Automotive Service Technology (AST) department and their faculty.

He also filled in for Interim President Ara Aguiar reporting that Pierce is on an upward trend in headcount and enrollment numbers as of last Tuesday.

Schleicher added that the college is 107% over last year in headcount and the district is 106%.

Campus Security Deputy Officer Nicholas Saldivar said that Pierce has been busy with events from last week though they seemed to have gone smoothly.

“We’ve been really busy with a lot of events,” Saldivar said. “We had that pumpkin patch, and we just had a huge band competition that went very smoothly over the weekend, along with a bunch of other events on campus. So my guys are telling me how it’s probably the busiest they’ve seen.”

Saldivar then mentioned that there were no burglaries this month as everyone’s locking up after themselves and keeping an eye on their valuables and belongings.

Dean of Academic Affairs Mary Ann Gavarra-Oh announced that Pierce is targeting international students by using a website, which is in its development stage.

Gavarra-Oh listed some of the programs that were available for international students including International Business, Social Media Marketing, Hospitality, and Film, Television and Electronic Media, where they can earn either a Certificate of Achievement or an Associate Degree for Transfer.

Gavarra-Oh named some departments such as Student Services, Student Engagement and the Brahma Pantry that are undergoing title changes, and finding a new home for them on campus.

“Tomorrow, ASO is going to a leadership event at Los Angeles Trade Technical College (LA Trade),” Azizi said. “It’s a leadership retreat and we’re going to be leaving the college by bus at around 8 a.m. and coming back to campus at around 4:30.”

Azizi also said ASO is going to be doing a parliamentary procedure and some workshops along with meeting LACCD Chancellor Francisco Rodriguez, who had last appeared for Pierce’s special 75th Anniversary and Automotive’s grand opening for its new extended facility.

Azizi remarked that for this upcoming week, Pierce is launching Spirit Week along with some events that will be taking place on the campus. He continued that ASO has started a TikTok account to let students know more about what’s happening on campus.