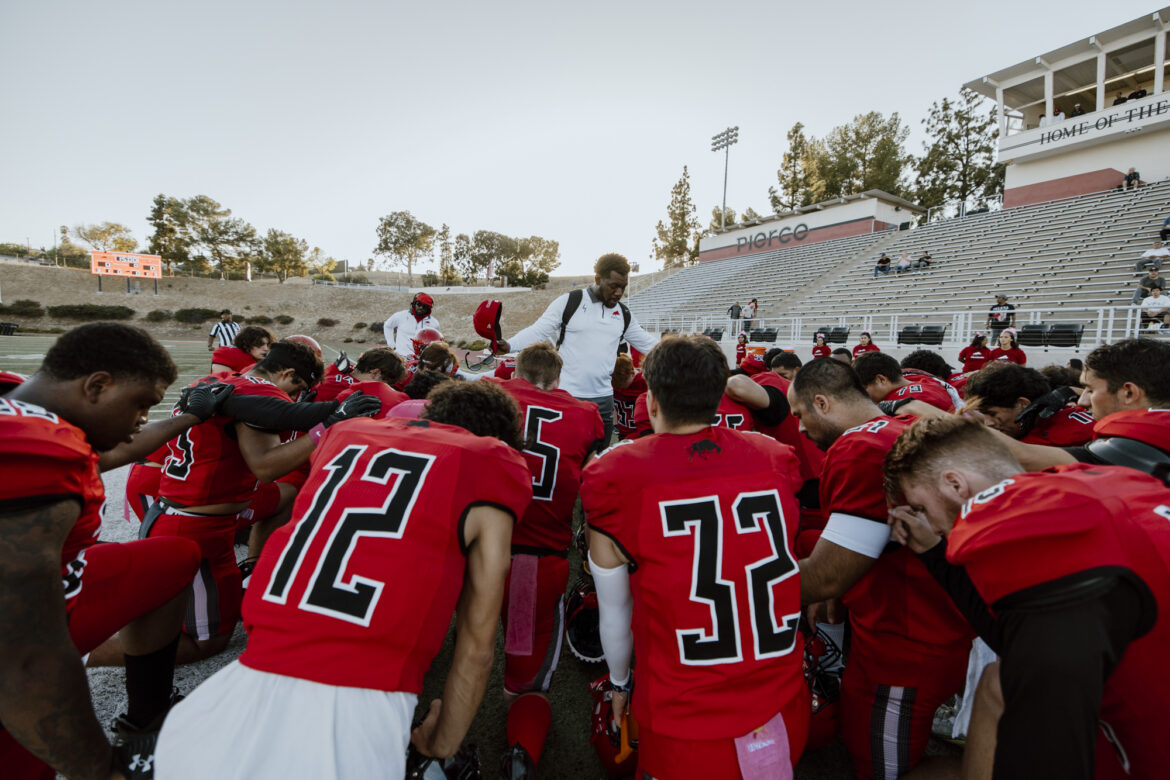 The conservative-leaning Supreme Court has furthered their actions to dismantle laws across the nation that protect teachers from mandating prayer in the classroom; this recent decision could create a ripple effect that will damage our school system and push the conservative agenda to control public students’ education.

The lines between church and state have blurred in U.S. politics and are now bleeding into said education system. The Republican party has been pushing the ‘Don’t Say Gay’ Bill in Florida, striving to stop educators from discussing sexuality in class, and now is attempting to mandate prayer in our schools.

In the Kennedy vs. Bremerton School District case, the Supreme Court ruled in favor of a coach who got fired in 2015 for kneeling in prayer after a game. The Court’s decision has caused controversy all over the nation on whether or not prayer should be mandated in the education system.

According to the case’s syllabus on the Supreme Court website, the coach argued that his school district’s decision to suspend him violates his First Amendment right to freedom of religion.

But religious freedom and pressure have distinct differences. Students have always been allowed to pray to themselves before an exam or over their school lunch. Educators are able to do so as well. However, for the Kennedy vs. Bremerton School District case, a parent spoke out about how their child felt pressured to participate in prayer.

According to a Daily Beast New York article by Danielle Moodie, “At least one parent complained that their child (who identifies as an atheist) was being coerced into participating in the post-game team prayers—lest they be perceived as disrespecting the coach and, resultantly, see less playing time. And while Coach Kennedy eventually stopped leading his team in prayers, he still could be seen praying on field himself after games. Then he was fired.”

The power dynamic was prevalent in this situation and the student athlete felt the need to suppress their own belief system so they wouldn’t lose playing time. The coach’s support from right wing conservatives also had motives to push an agenda in our school system.

According to writer Rob Boston’s The Humanist article, the coach in question was aided by Christian nationalists who sought to weaken separation between the church and state.

Those who funded Kennedy’s case had the intention to send a message that religion should be established in our education system. This has opened the conversation on whether our country’s “lack of faith” must be put into the hands of our educators.

According to a Washington Post article by Hannah Natanson, Miami-Dade school board member, Christi Fraga, “in May successfully proposed establishing an annual day of prayer in her district” and Fraga said, “Our nation has lost its way in having a belief of a higher power.”

Besides the fact that it isn’t our politicians duty to establish Christian beliefs in our laws and education system, it isn’t our educators responsibility to spread this agenda either.

According to Pew Research Center, there are 8 other major religions in America besides Christianity.

If we were to dismiss the 4,000 recognized religions in the world and only focus on the major religions in the United States, we would still alienate seven other major belief systems our students could affiliate with; Catholics, Jewish, Muslims, Buddhists, Hindus, Atheists, and Agnostics.

The push for Christianity in our public school system holds no benefits for the students in the classroom. If students and their families are interested in religious teachings, that is what private schools are able to provide.

The intentions behind the conservative parties fight for the ‘Don’t Say Gay’ bill in Florida, attempting to stop critical race theory from being taught in schools and now attempting to force religion into the public school system holds a prevalent goal to force an ideology created by straight white christians. If all of these factors successfully impact our nation, we will have students who lack the knowledge of different cultures and the inability to accept their own.