Pierce’s women’s soccer team went on the road for a third straight game today to face the Southwestern College Jaguars.

However, the Jaguars responded in the final minutes.

Forward Vanessa Aguilar and midfielder Daisy Harbin scored as the game ended in a 2-2 draw.

Pierce returns to Shepard Stadium for their Friday game against Victor Valley. Kickoff is scheduled for 4 p.m. 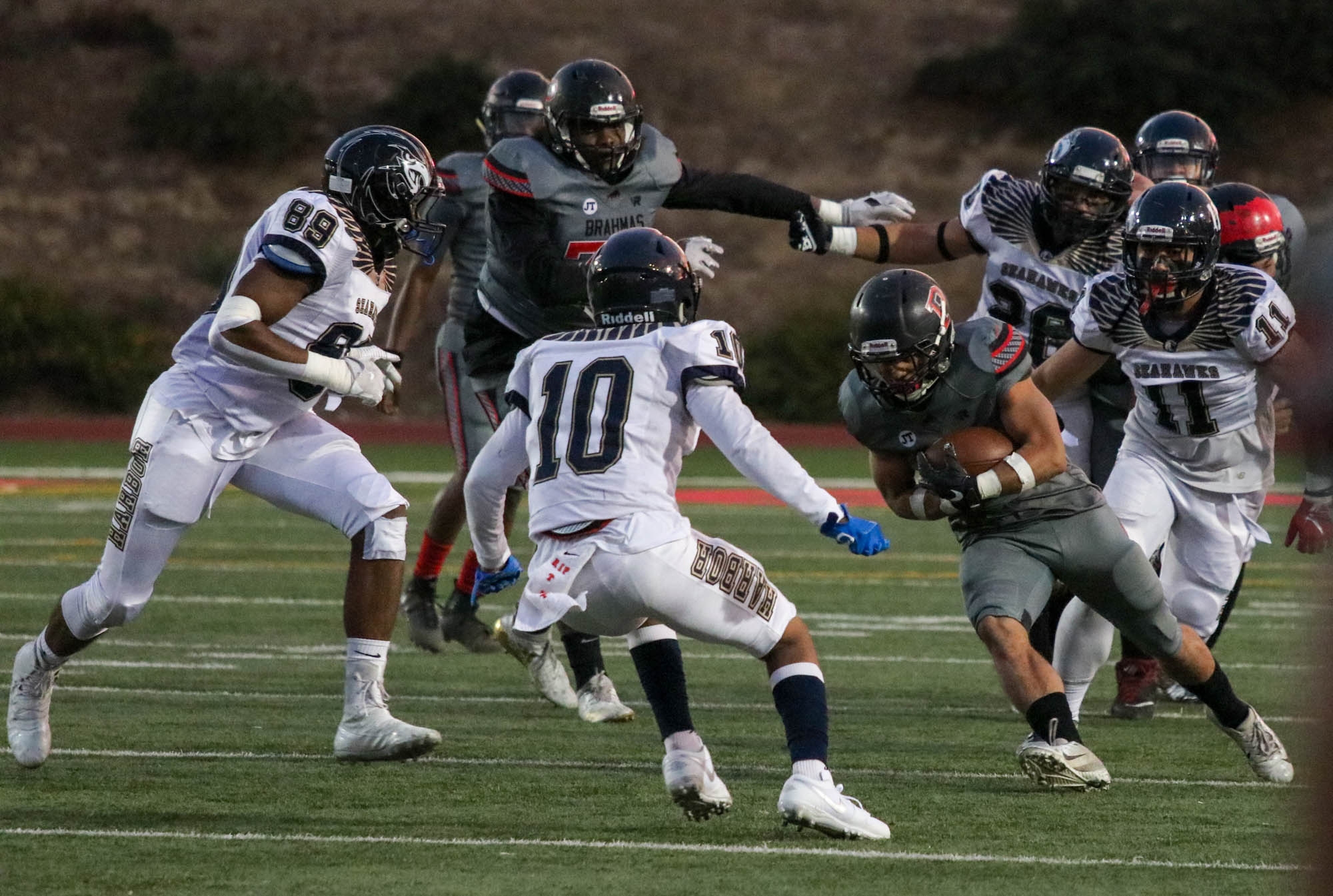 Today’s football game between Pierce and Bakersfield College has been canceled.

Athletic Director Susan Armenta said in an email that because they didn’t have enough eligible players, they would do a scrimmage instead.

“Both team coaches agreed to continue with a scrimmage to provide an opportunity for the athletes to compete, as neither team was able to scrimmage in the pre-season,” Armenta wrote.

Pierce will instead open their season next Saturday at LA Harbor College. Kickoff is scheduled for 1 p.m.

BRIEF: Brahmas shut out the Marauders

Forward Kiara Washington’s fifth goal of the season proved to be enough as the Brahmas beat the Antelope Valley College Marauders 1-0.

Goalkeeper Joanna Cerda also managed to keep a clean sheet. This is the second straight match where the Brahmas didn’t allow a goal.

The Marauders were undefeated heading into this game, but their winning streak came to an end.

Pierce improved to 2-0-1 and will face Southwestern College on Tuesday. Kickoff is scheduled for 1 p.m.

BRIEF: Brahmas dominate on the road

Days after tying with Golden West College in their season opener, Pierce’s women’s soccer team bounced back in style with a win over East LA College.

The Brahmas were all offense since the start of the game. Forward Kiara Washington led the team with four goals.

Midfielders Alexandra Meza and Preet Kaur also added their names on the scoresheet as the game ended 6-0.

Brahmas are back on the road Friday when they face Antelope Valley. Kickoff is scheduled for 4 p.m.

When life gives you lemons, share lemonade with the president 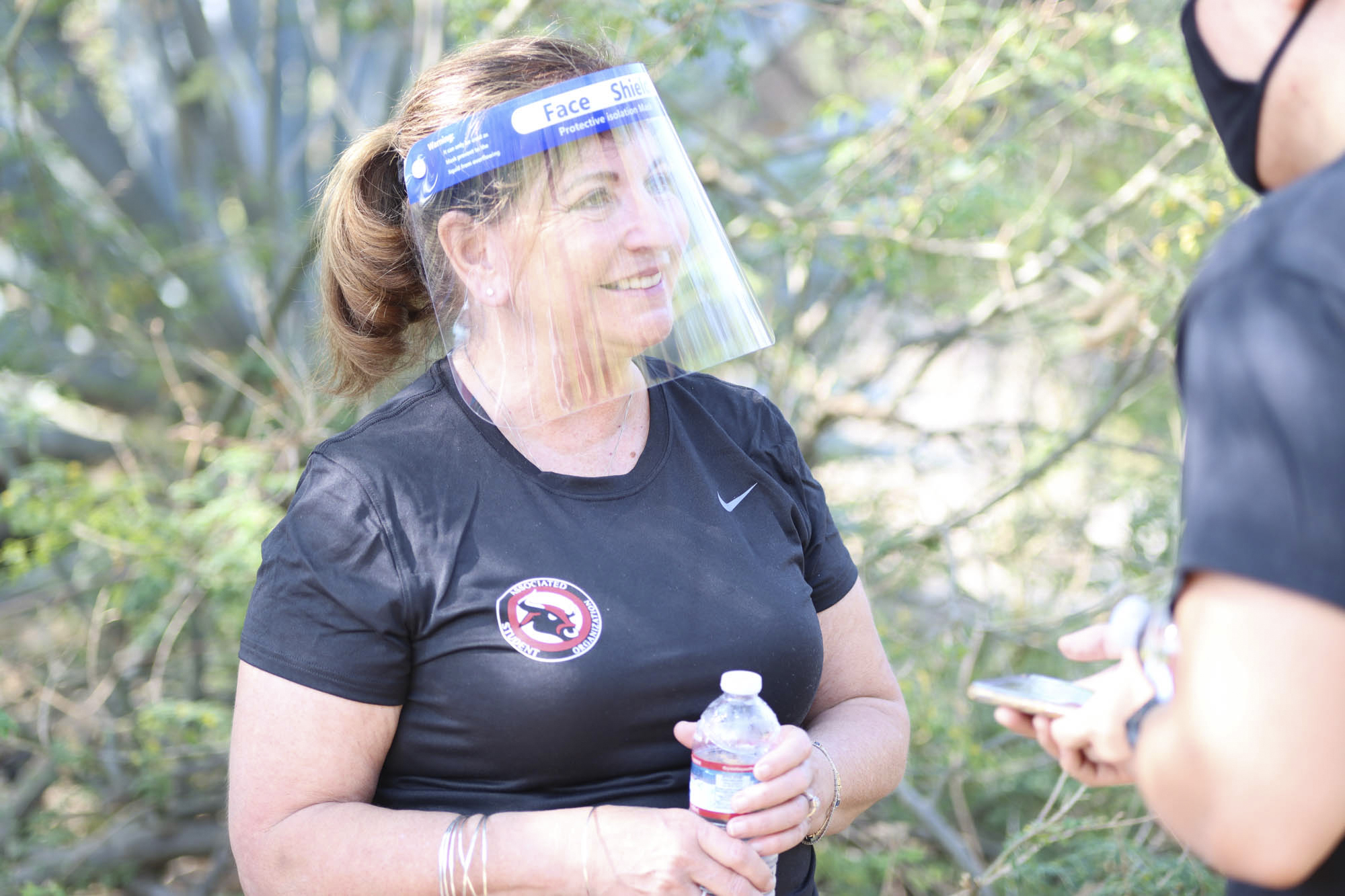 Nothing is quite as refreshing as an ice-cold lemonade in the summer sun.

The event gave students the opportunity to meet Aguiar, who was appointed in July, and receive in-person services which included the Information Desk, Admissions and Records and the Financial Aid Office.

Executive Assistant to the President Malina Koani said that Aguiar initially came up with the idea to have the event in the garden due to her love of gardening.

“She had walked through [the Botanical Garden] before and she thought it would be a really nice place to first meet the students who attend Pierce, so it just kind of blossomed from there,” Koani said.

After most of 2020 being virtual, it is common for students, like Emani Norwood, to not have explored the campus.

“I thought it was nice to get to see, look around and get more familiar with where things might be,” Norwood said. “I thought everybody here that I met today was very nice and outgoing.”

Norwood said that she was a bit concerned with the mask mandate, but knew it was for the students’ well-being.

“I think it’s a good idea to try to make sure every student is safe, and that they have less chances of potentially catching COVID and the delta variant,” Norwood said. “The only thing that is a little bit of a concern is social distancing and how hot you could get wearing the face coverings.”

Aguiar said that Pierce has been implementing different safety measures including having smaller class sizes, high level air filters in the classrooms and personal protective equipment available in the classrooms.

“The board is also working on how we can establish guidelines and policy so that the students, faculty and staff are safe and so that we can deliver education in a safe manner,” Aguiar said.

Aguiar also said that the school is in the process of implementing a system that would make testing available every week.

“Abiding by all of the Los Angeles Department of Public Health guidelines is the highest priority here,” Aguiar said.

Student Keon Abrisham, said that he believes it’s important to maintain the safety procedures despite some of the downsides to wearing masks.

“It can be a little difficult sometimes because sometimes you just want to get a breath of fresh air,” Abrisham said. “But honestly for the safety of everyone, I don’t mind it. Even though it can be somewhat of an inconvenience, it’s worth it. You don’t know what could happen.”

Soccer kicks off return to competition 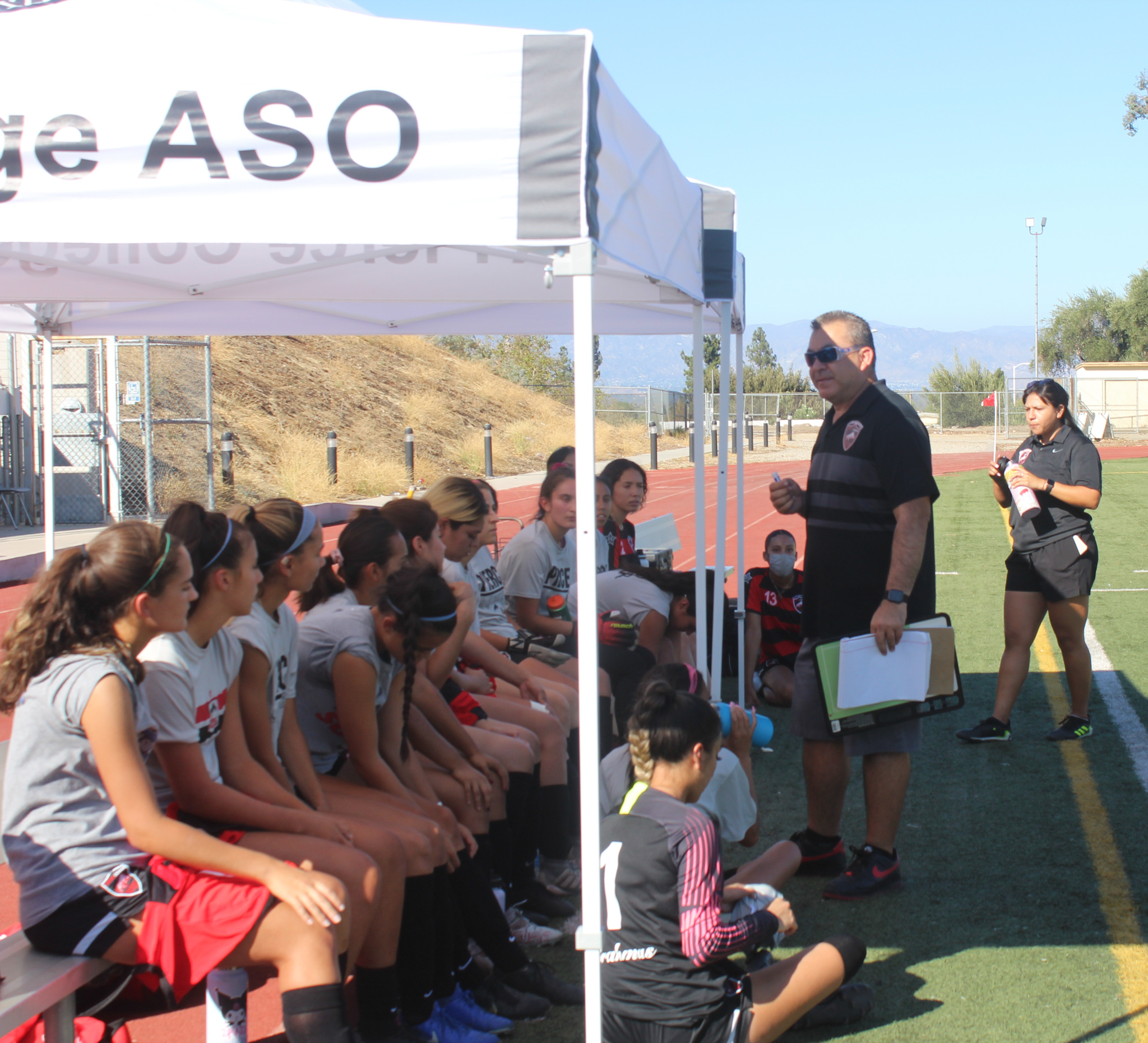 The Brahmas took the soccer field for the first time since November 2019, as they hosted Golden West College.

Due to the COVID-19 pandemic, there was no athletic season last year.

Head soccer coach Adolfo Perez said he was proud of the team’s efforts.

“To only play with one sub in this heat against a team that had more players,” Perez said. Last season in the final minutes, this always happened. We either lose or tie a game.”

Golden West had a great chance to take the lead through forward LaNell Swain, but goalkeeper Joanna Cerda came up with a big save tipping the ball over the goal.

Forward Alexandra Meza scored Pierce’s first goal which gave Pierce a 1-0 lead at the half.

Meza said she was happy to score in the first game back after more than a year.

“It was actually pretty nice to get on the scoresheet after so long,” Meza said. “I was a little anxious because I couldn’t believe it.”

In the second half, things went south for the team. An own goal off a corner kick gave the equalizer to GWC.

The Brahmas responded with an indirect free kick which was scored by midfielder Hayley Villafane.

Midfielder Alyssa Serrano in the final minutes scored to make sure Golden West left John Shepard Stadium with a draw.

Perez said their composure wasn’t the best when the second goal came from GWC. He is hopeful that more players can be cleared for their next game at East LA College.

“We wanted to play safe,” Perez said. “We didn’t have test results from some of the players. Others turned in their physical form today.”

He said that ELAC will be a tough opponent, but they’re prepared for the challenge.

“I love to choose hard opponents for non-conference,” Perez said. “I might be dumb for doing so, but it’s much better than going 10-0 against easier teams.”

“It is a breath of fresh air,” Armenta said. “All the hard work and dedication paid off. I’m proud of the resiliency of our athletes.”

Brahmas go on the road Tuesday to face ELAC. Kickoff is scheduled for 4 p.m. 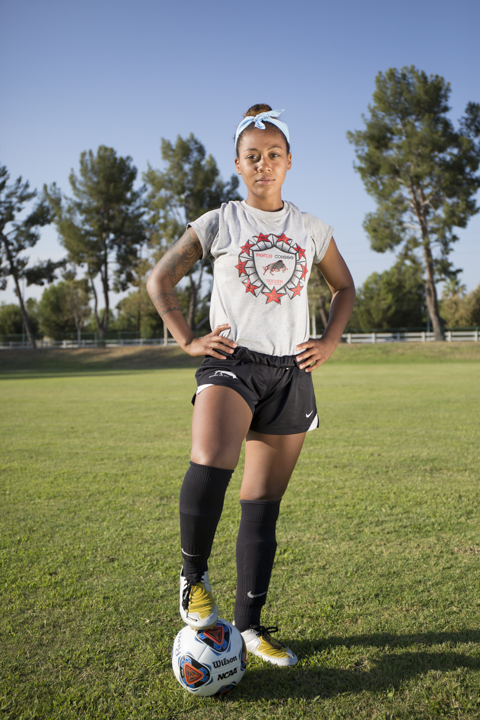 In the 2016 season, Ramirez scored 10 goals and had the same number of assists. She was named “Conference Player of the Year,” earned all-region honors and won the title of Most Valuable Player.

The club won these championships under the former Yugoslavia, Serbia and Montenegro and Serbia. 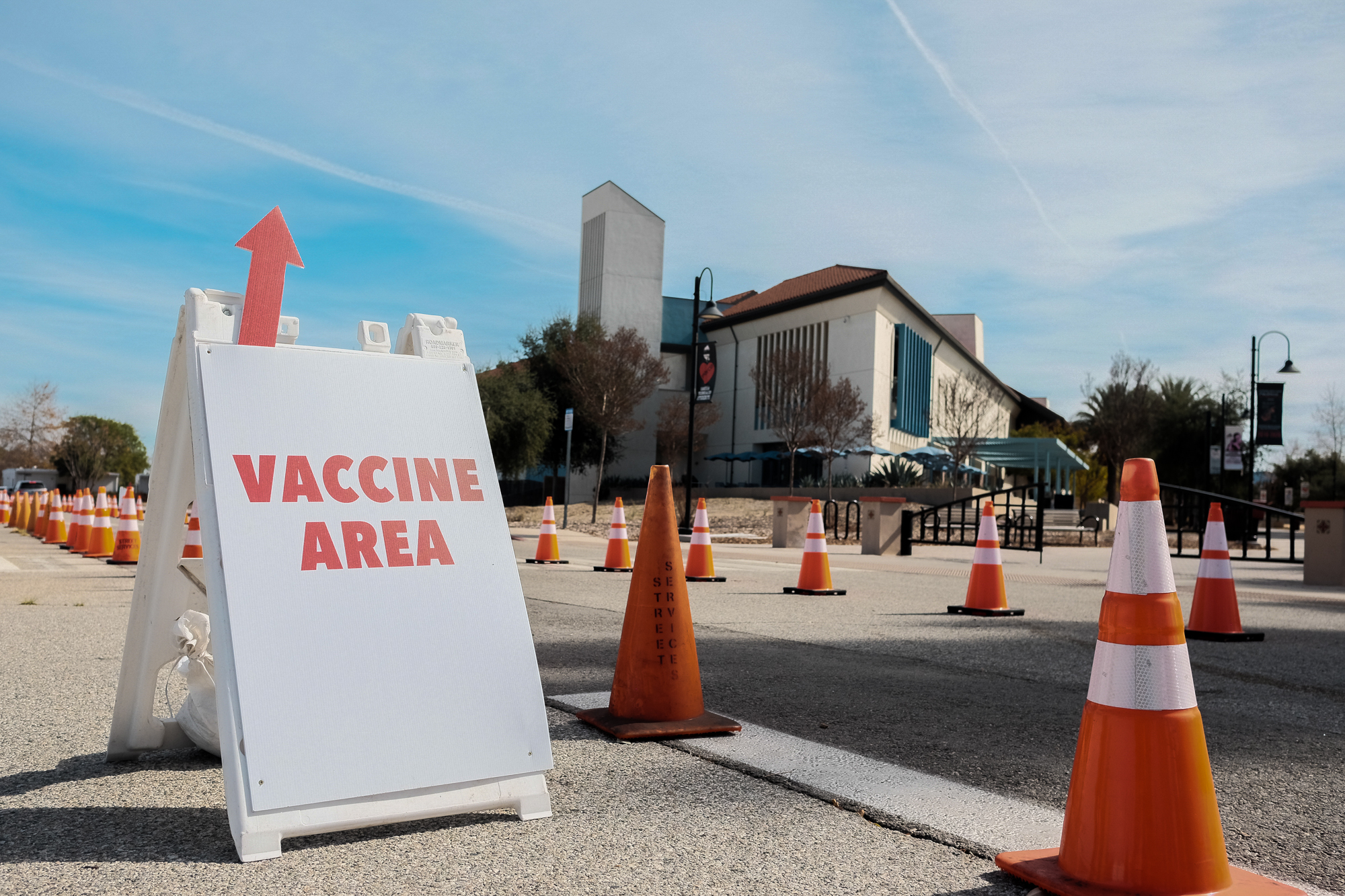 The Los Angeles Community College District will now require their students, faculty and staff to be vaccinated against COVID-19 or submit to regular tests starting this fall. Also, they must show proof of negative results.

LACCD joins the UC and CSU system who required vaccination or weekly testing last month for those going to campus.

“These policies strengthen the Board’s position that the health and safety of our employees and students remains the District’s priority,” LACCD Board of Trustees President Steve Veres said in a press release. “The policies, complemented by our improved ventilation systems and increased sanitization standards, provide our highest assurance against the spread of the coronavirus and its variants.”

Chancellor Francisco Rodriguez said they must follow the science.

“Medical experts have made it clear the most effective weapons against this disease are facial coverings and vaccinations,” Rodriguez said. “We have ramped up our supplies for face coverings and we will ensure that our colleges remain active as vaccination and testing sites to make it easy for our students and employees to get vaccinated.”

LACCD Director of Communications William Boyer said he hopes students will take the opportunity to get vaccinated.

“Our students are eligible to get up to $150 cash on their student bank card if they get the vaccine. We have incentives out there,” Boyer said. “The board policy that was approved is another step towards trying to make sure people understand the urgency with which health officials locally, in the state and the nation all agree that vaccinations are an important weapon in fighting the pandemic.”

Interim Athletic Director Susan Armenta in an email wrote they are encouraging their student-athletes to get vaccinated.

Armenta said they are testing them once a week. She mentioned the district needs to define what they mean by regularly.

“Does that mean more than once a week? If so, I feel they should be responsible for facilitating that,” Armenta wrote. “Our Athletics program does not have the resources to accommodate testing more frequently. We would need to hire more staff.”

“We were in compliance, however they made some recommendations to have bigger signage and to put in more fans. They wanted larger fans so it could give more air circulation,” Aguiar said. “It was mostly about increasing the airflow in the area.”

Aguiar added, “They came in and looked at our facilities and it wasn’t so much that we were doing anything wrong, we just needed to add a few things here and there.”

Interim Athletic Director Susan Armenta in an email said they are working with the district administration overseeing Safety and Emergency Services and with the LA County Department of Public Health.

“The nature of basketball is inherently high-risk for exposure due to the close contact, contact with equipment, and indoor participation, but the college has implemented improved ventilation in the gym, improved signage with reminders for social distancing and hand sanitization – which will be applicable to the other sports – whether indoors or outdoors,” Armenta wrote.

Armenta added, “We’re now conducting weekly testing and continuing with our pre-screening protocols.  Lastly, there will be greater incentives for student-athletes to get vaccinated, with our own mobile vaccination clinic scheduled for athletics later this month.”

Four student athletes and three members of the Pierce College men’s basketball team have tested positive for COVID-19, prompting the temporary closure of the South Gym.

Head coach Charles White said they had to get everyone quarantined, and that the gym was closed to be disinfected.

“We had to pause and quarantine, but everyone is doing better now,” White said. “Our plans are to be back by July 20.”

White said that when one of his players tested positive for the virus, the whole team and staff got tested. He also said that some players lost their sense of taste and smell, but are doing fine now.

White said that despite this outbreak, preparations are still going for when the season starts in November.

“We have three more weeks of summer school and then we’ll take a break,” White said. “On Aug. 30, we will resume and get ready. I’m not sure how many fans will be allowed to attend, but we will be happy to have crowds back.”

“Unfortunately, that’s the world we live in right now. Your best bet is to get vaccinated,” Lofrano said. 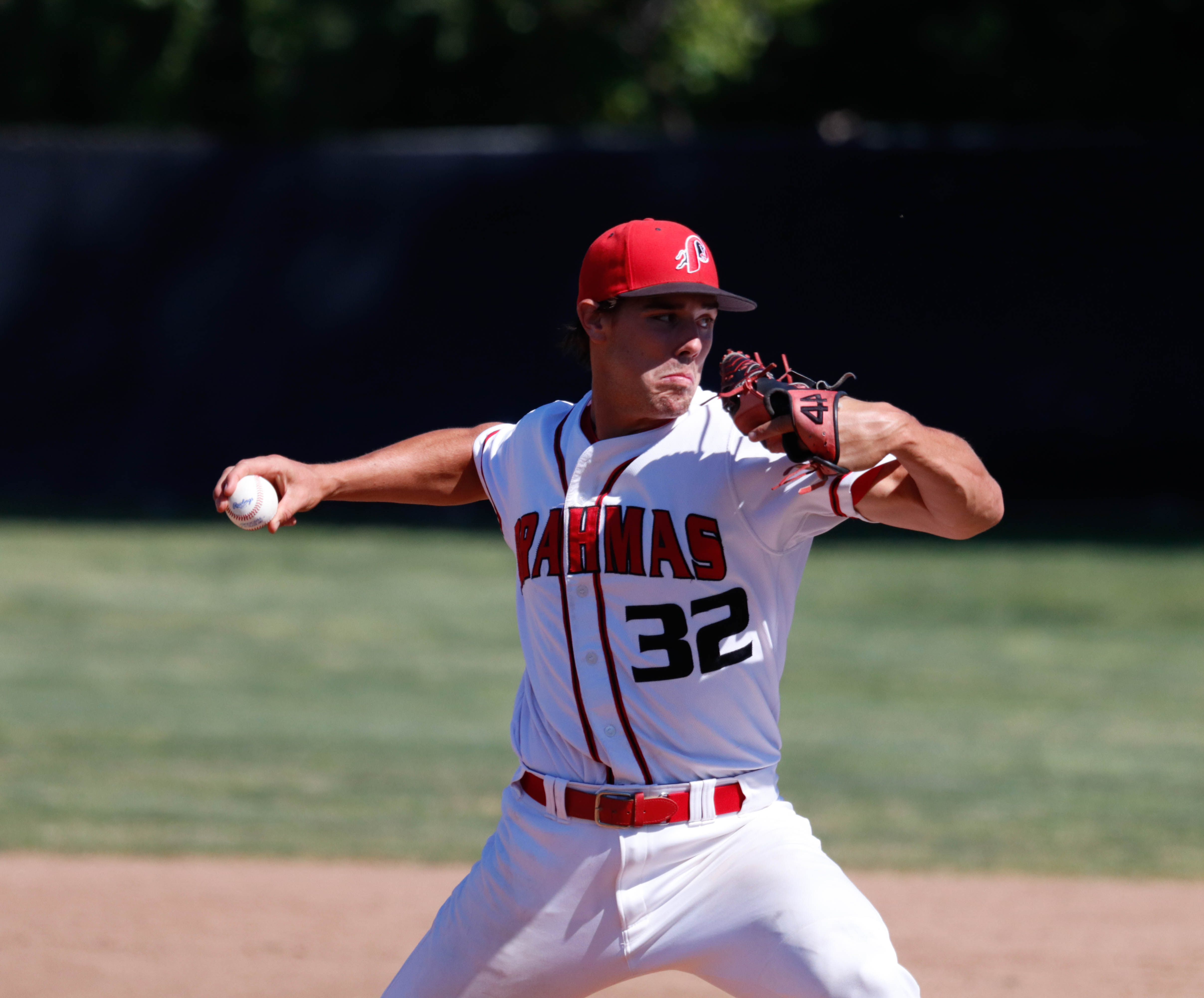 Most baseball players dream of playing professionally. For former Brahma pitcher Johnathan Lavallee, he will get that opportunity.

Lavallee was selected in the 16th round as the 489th overall pick by the Minnesota Twins in the 2021 MLB Draft.

The Center of Academic Success (CAS) has reopened to provide students with tutoring services on Mon-Thurs, 11 a.m. - 4 p.m.
In this photo, Lanlan Jia (L) gets helped in English by Vince Denoga (R), a multi-subject tutor at the CAS on Oct. 6.