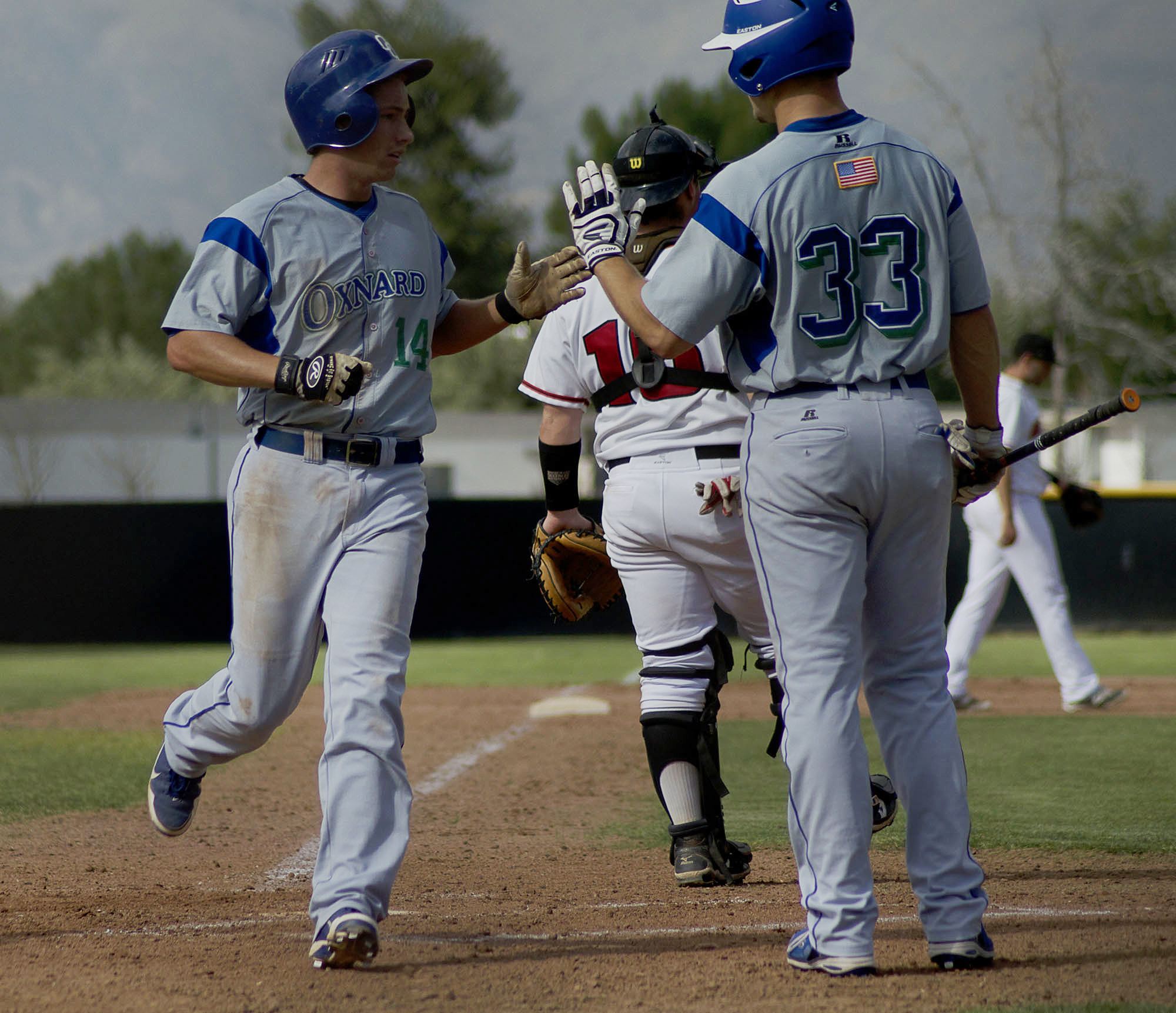 The goal for the Pierce baseball team against Oxnard was to come out and play well, they soon found out it would be much easier said than done after losing 12-5 on Thursday, March 6 at home.

Pierce took the lead in the first inning scoring a run from a double play with one man on second base and one on third, that gave the Brahmas  an early lead over the Condors.

In the second inning the tides would change when Oxnard roared back by scoring four runs after first basemen and outfielder Jake Mavropoulos hit a line drive double.

The Brahmas trailed behind the Condors conflicted with Bushart’s hopes before the game.

“We need a good starting pitcher performance to set the tone of the game” Bushart said before the game.

Outfielder for Pierce, Dylan Tashjian said that the team needs to be more patient at the plate.

“They have a good pitcher, we need to work the pitcher and work his count,” Tashjian said.

Starting pitcher for Pierce, Daniel Barazza could not get into a groove during the game giving up four hits including a double and a triple.

Pierce outfielder Joe Moran made a big play in the third inning by stealing third base, giving the Brahmas a chance to get back into the game but the Brahmas failed to capitalize on the opportunity.

The Condors came back to shutout the Brahmas in the 5th inning when Barazza gave up a three-run double giving Oxnard a  8-4 lead, resulting in Barazza being taken out and relieved by pitcher Brandon Ortega.

By the bottom of the fifth inning Oxnard brought in two more runs increasing its lead to 10 putting the Brahmas in danger of the mercy rule.

The mercy rule ends the game after a team is leading by 10 runs after the fifth inning.

Ortega switched up his pitching by throwing side-arm style, which successfully slowed down Oxnard.

The Condors were able to score two more runs against Pierce, which put the team up 12-4 in the sixth inning.

The Brahmas tried to keep its hope alive when the team was able to score one last time before the game ended in the bottom of the ninth inning by a score of 12-5.

“We closed the innings nicely, we had to hit more, Pierce is the best team we faced so far” he said.

The Brahmas will play again on Mar. 8 on the road against Cuesta College at 1.p.m.