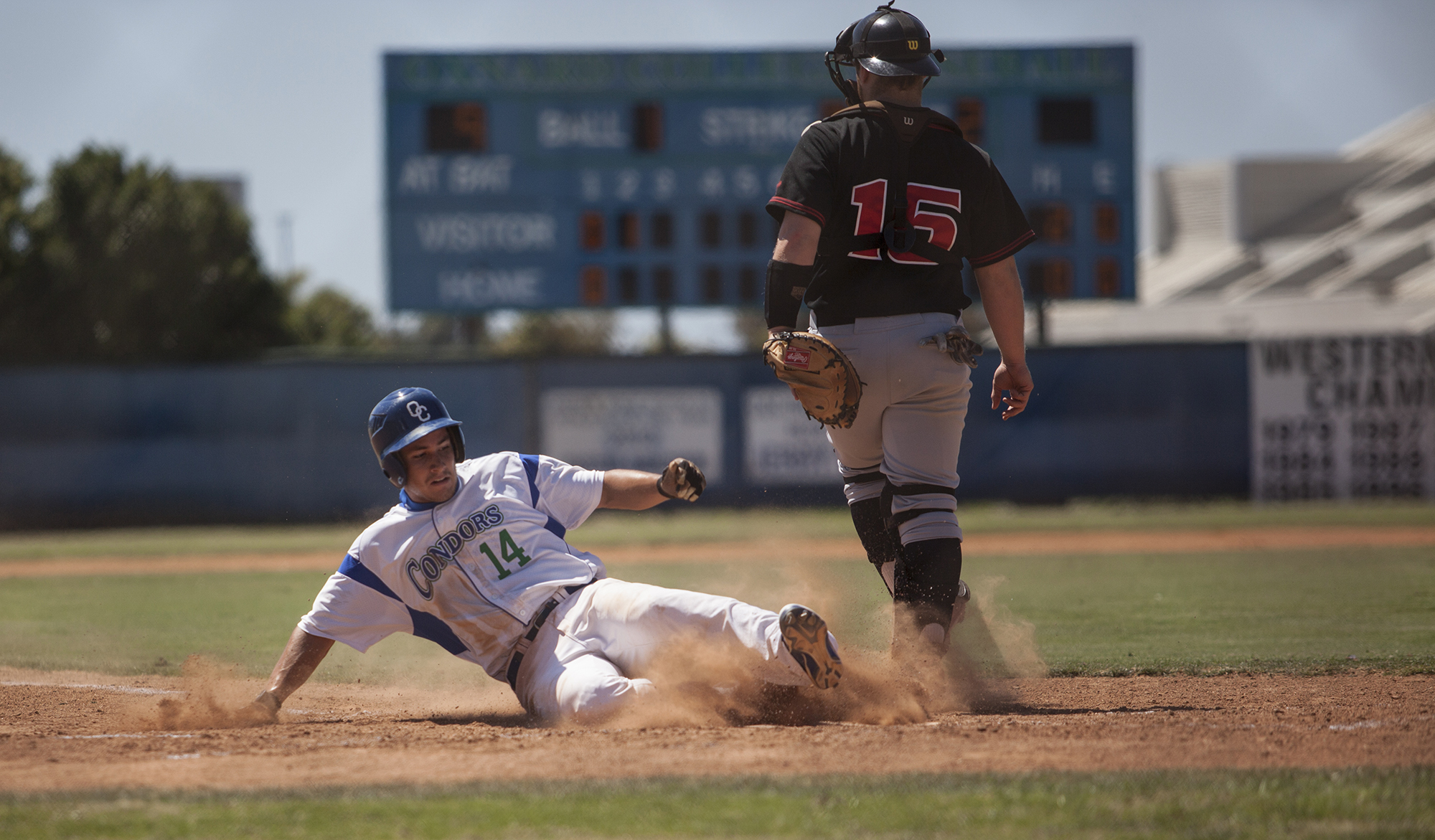 Pierce College baseball team’s defense has been as much a part of the team in their defeats as was their toughness and tenacity during wins. The Brahmas inconsistent defense reared its ugly head and this time it proved to be fatal as Pierce fell to Oxnard College 6-5 in game two of the Super Regionals.

With the score tied at five and Condors outfielder Dustyn Cook at second, a ground ball hit to Pierce’s shortstop Austin Peters took a bad hop and Oxnard held on to defeat Pierce 6-5 in 12 innings on Saturday, May 10.

The win ended the Brahmas’ season after pushing the Condors to their limit. Condors ace Patrick Weige, a University of Houston commit who had scouts lining the backstop behind home plate, pitched less than five innings while giving up three runs, walking five and hitting four batters before being taken out.

“Baseball can be a grueling game,” Brahmas head coach John Bushart said after getting knocked out of the playoffs. “Unfortunately today we came up a little short.”

Oxnard was able to hold off the Brahmas, but not  before Pierce clawed their way back into the game on multiple occasions. Down 3-1 in the bottom of the fifth and the bases loaded, outfielder Jeff Wright hit a single into left field that tied it at three.

Oxnard responded with a two-run RBI triple by catcher Julian Ramon, giving the Condors a 5-3 lead in the top of the seventh.

Pierce responded once again in the bottom of the ninth. With the bases loaded, Brahmas third baseman Alex Sawelson hit a sacrifice fly to score a run, followed by an RBI double by catcher Joe Christian to send the game into extra innings.

“They are a very gritty team,” Oxnard head coach Jon Larson said. “They don’t give in and they battle for two strikes and they aren’t afraid of any pitch. They’re tough at-bats, they don’t have any easy outs. Very tough at-bats.”

Pierce has much to look forward to, with 20 of their 28 players from the current roster back next year with most of the team consisting of freshman. After the game, Brahmas outfielder Joe Moran, still trying to comprehend that his season was over, said about next year’s team, “We’ll be back,”