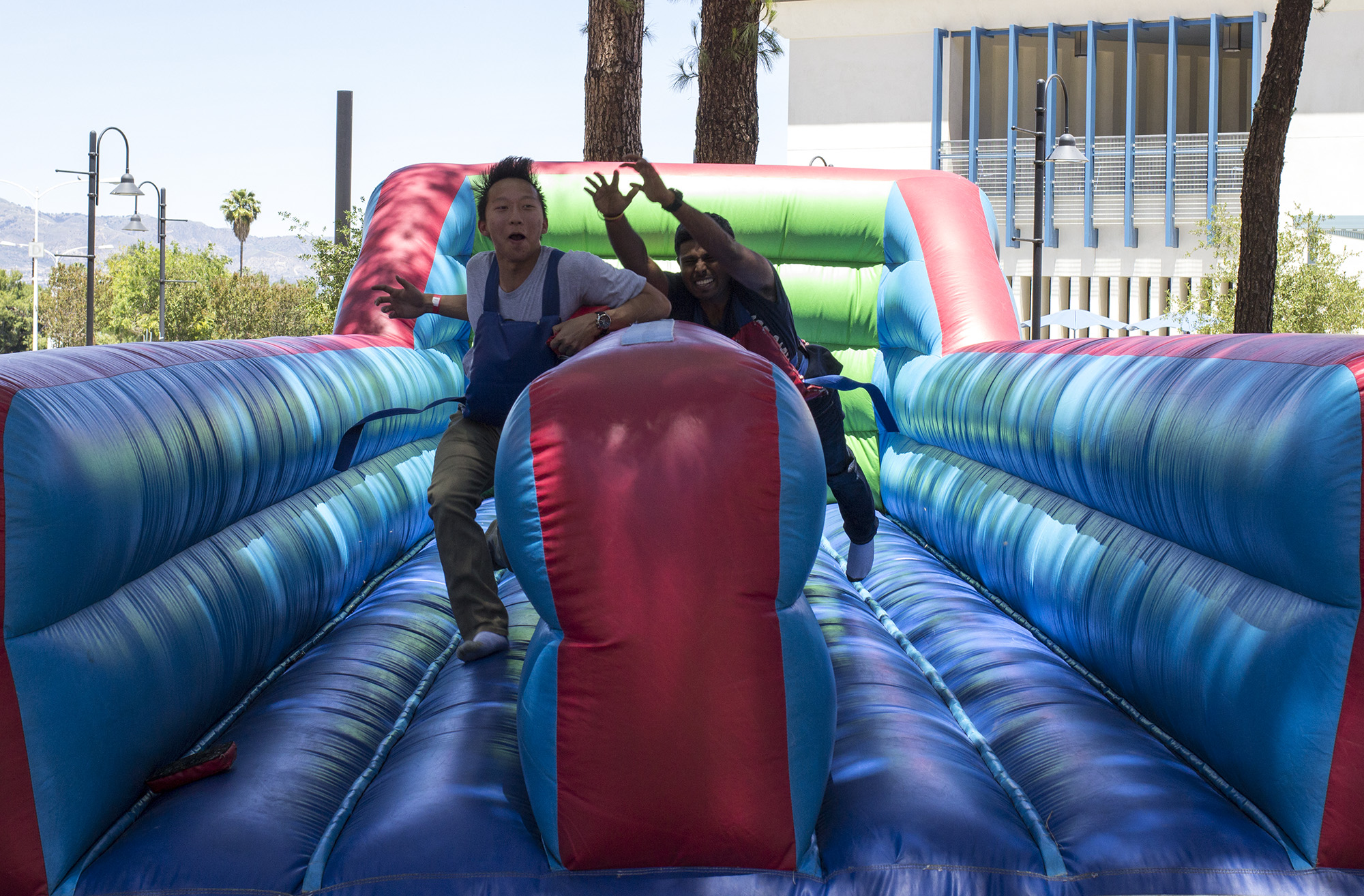 The event was also in an effort to raise more school spirit, according to ASO social cultural Committee Chair Iqra Hamid.

“We have a rock wall and we have a bungee run, an obstacle course and Titanic slide that is 25 feet long,” ASO Club Council President Krishna Ayungao said.

Many of the attractions were free, according to ASO President Gus Sandoval. The event had food and fundraising from various clubs.

“The Spring Festival is mostly geared towards clubs and fundraising for clubs,” Hamid said. “I think there were about 20-25 clubs participating.”

The event was open to any passerby who wanted to participate or buy goods from the clubs.

“We haven’t had a lot of events this semester, so we’re trying to end it with a big one,” Hamid said. “It’s mostly for fun and helping out clubs.”