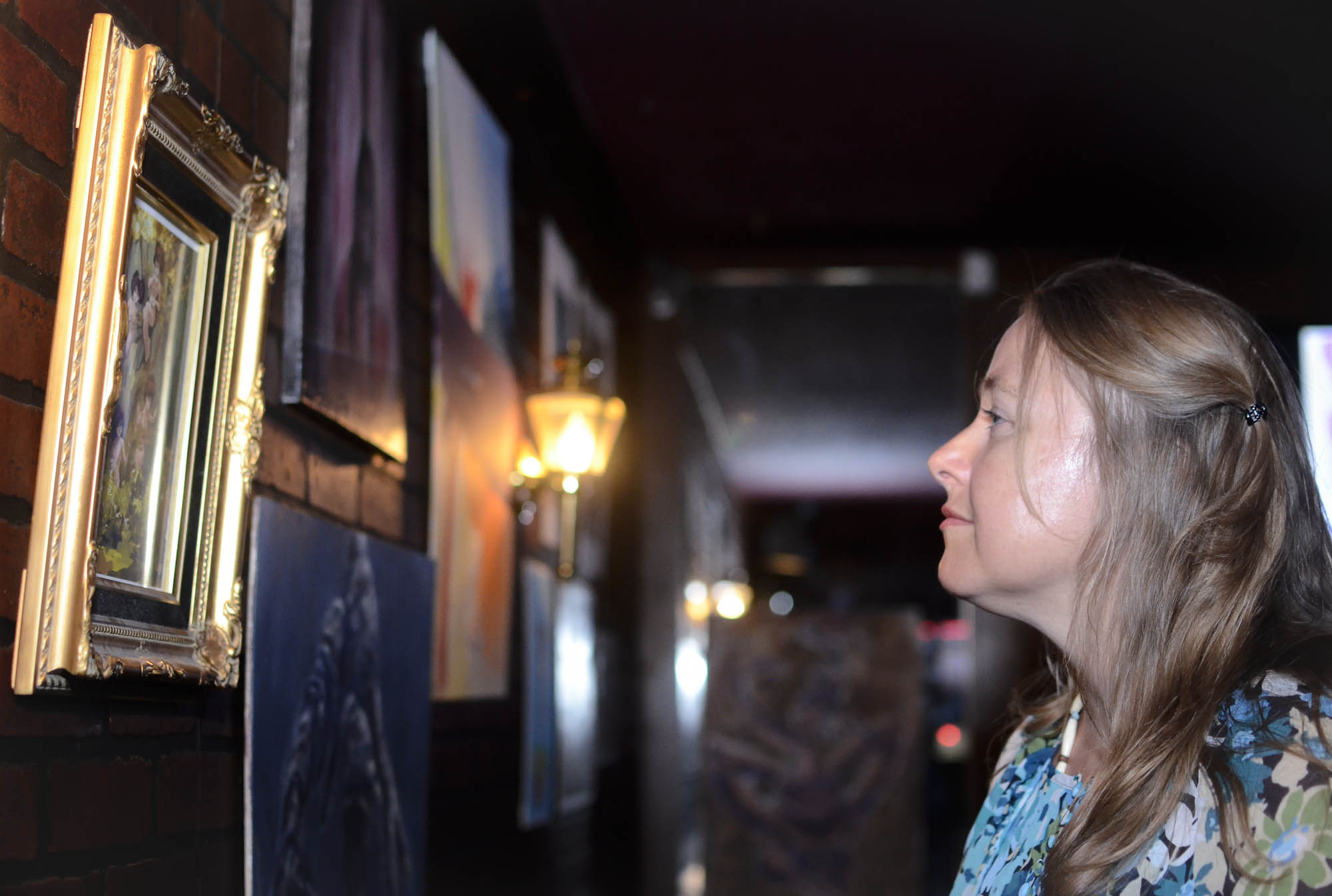 Dive bar The Bunker was transformed for an evening from neighborhood tavern to art gallery by a Pierce College double-major, her bartender-manager and the bar’s aesthete owner.

Art and nursing major Aimee Malgapo’s “Ode to Nature” art show featured works created by 13 Pierce and Cal. State Northridge (CSUN) students. The nature-inspired pieces ranged from oil paintings to photographs, and spanned a 20-foot stretch of previously empty wall-space in the bar. The show was The Bunker’s second and Malgapo’s first.

“I thought this would be my dream job,” Malgapo said. “It’s pretty exciting.”

“It’s about the community and the students,” Wagner said. “They wanted to expose their art, and they didn’t know where to go.”

Malgapo knew right away she wanted to have her first art show at The Bunker when she visited it for the first time.

“I saw the bare walls and was like, ‘Oh my God, I could totally put my stuff here,’” Malgapo said.

The show’s theme was not chosen with such ease. Malgapo debated with her friends whether it needed one or not, but ultimately decided for the show to have one “so that the audience would get a feel for it, and connect it all.”

“I don’t like randoms,” Malgapo said. “It’s too weird. I like the idea of pulling things together. That’s what I’m all about.”

Malgapo’s manager and The Bunker bartender Geg Nartates, who said he earned a bachelor’s degree in art history from CSUN, said The Bunker’s been trying to help revive the San Fernando Valley art scene that he believes is “on the way back.”

Inside the bar, Pierce sophomore and illustration major Evelyn Gutierrez exhibited at her first art show.

“It feels great,” Gutierrez said. “People can see my work, so I’m happy.”

Velazquez said that although he’s “not artistic in any way,” he “loves the arts.”

A regular visitor to art galleries, Velazquez “would love to have the artists come and leave their art up to sell.”

“I don’t want any money for it,” Velazquez said. “I just would like to have it up here in the bar. It makes the bar that much nicer.”

Appreciation of the Arts

The stairs to the art area of the school are an arduous climb, but there was a reward waiting for them at the top...
Read more
Photo Essays

Tall trees and early fall foliage on the Art Hill inspired Oil 309 students as they took their canvases and oil paints and painted...
Read more
Editorials