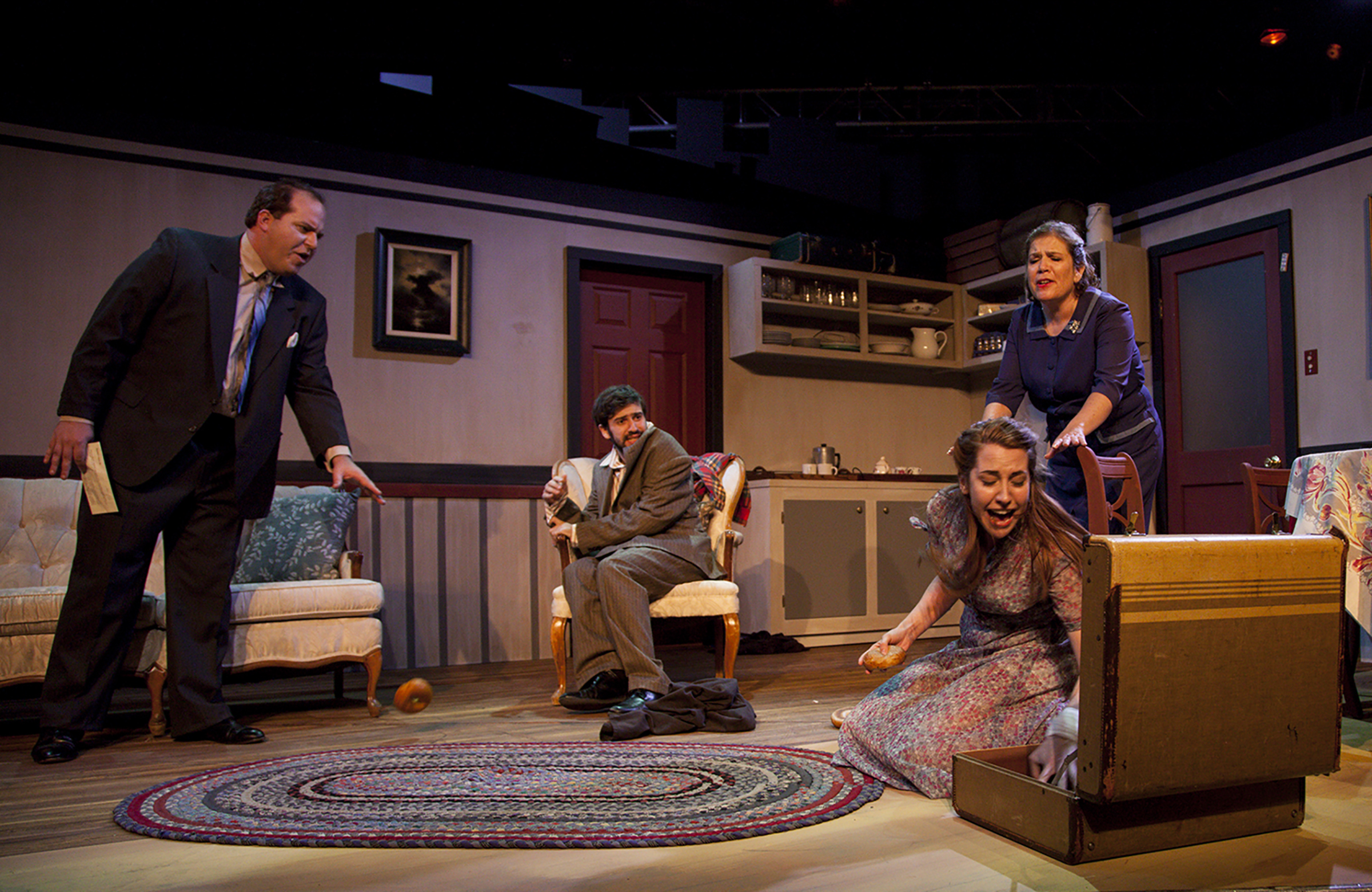 A booming voice fills the room with emotions ranging from despair to anguish, as a dim light flickers to the rhythm of the ominous music in the background.  This raw feeling along with those of love and hope are just a sample of what “For This Moment Alone” offers its audience.

From the very beginning, actor Brian Robert Harris, portrays Uncle Joe Aaron and commands the stage effortlessly. His firm voice with a tight grasp on dialogue and swift facial expressions lead with ease to set the mood for the duration of the play.

Set in 1948 in Toronto, Canada, “For This Moment Alone” is about a Jewish family recovering from the horrors of the holocaust that must face their past once again. Ruth, Joe’s niece, is a driven woman who has lost nearly all of her immediate family. She has a brother that she’s anxiously been waiting to meet, but upon arrival to meet him she discovers that he is an imposter who has used her brother Freddie’s identity.

Ruth, played by Jessica Lynn Verdi showcased a vast range of emotions and did so consistently throughout every scene. She exudes excitement and joy when she bursts through the door, and her energy never falters. Even when not engaged in dialogue, Verdi maintains emotion through her facial expressions and body language.

When the highly anticipated scene arrives, in which Ruth is to meet her long lost brother Freddie, Verdi is able to swiftly shift into a different emotion with ease. Freddie, portrayed by Ryan Lisman, introduces a new ominous and more grounded tone. Ruth is able to recognize that he is an imposter immediately, and Verdi’s execution is impeccable. As Ruth, she makes you believe her tears, disappointment, and betrayal. Verdi proves her versatility by taking the dialogue and strengthening it with her actions. She falls to the floor and the thud makes the audience jump, she screams and kicks and executes anger so real that she forces the audience to do nothing else but believe her.

However, Norman, Ruth’s cousin, portrayed by Hessel Evelaar, fails to maintain the energy portrayed by Verdi and Harris.  His dialogue felt monotonous, and there were several unnecessarily long pauses which interrupted the flow of the scenes. When not engaged in dialogue, Evelaar often broke out of character and didn’t seem as focused as his fellow cast members.

Thankfully, this lack of energy was countered by the genius comedic relief of Aunt Bertha and family friend, Ada. Laura Goldstein and Marilyn Lazik, who play Bertha and Ada respectively, are a powerful, efficient, and consistent team. Lazik exudes confidence and weaves through her dialogue so well that you truly believe Bertha and Ada have known each other for a long time. Through her charismatic stage presence, Lazik is able to convince the audience of the authenticity of the friendship she shares with the Aaron family.  Goldstein was also able to deliver witty banter that never failed to make the audience laugh. Together, they were crucial to counteracting the more darker and somber side of the story.

These voices collectively make the booming heard throughout the stage. Whether it be the gloom and very realistic depression or the high energy that accompanies hope, the actors of “For This Moment Alone” are rhythmic and consistent with their execution of dialogue and emotion.

“For This Moment Alone”