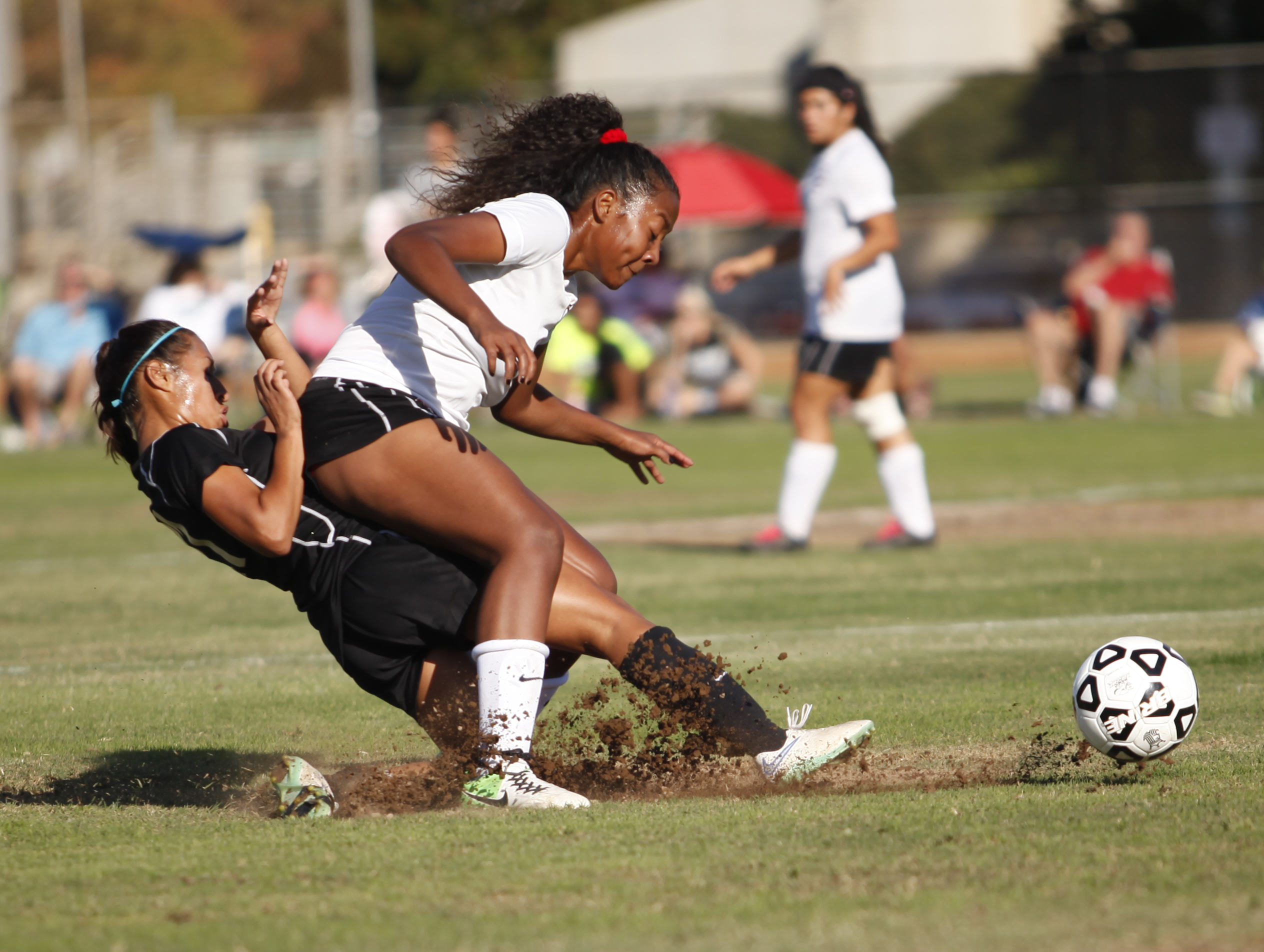 The Pierce College Brahmas gave the Miramar College Jets everything they could handle. On the road against a team that hadn’t allowed a single goal all season, the Brahmas stuck with the Jets for 85 minutes.

After Pierce defender Desiree Raygoza scored on a free kick to tie the game at one goal-a-piece, the Brahmas defense fizzled after the emotional goal. On a set piece in the 85th minute, Jets forward Taylor Wolever beat Jenna Koziol to the right goal post to end the Brahmas season in the first round of the playoffs 2-1.

“It was a great game we played,” said head coach Adolfo Perez after the loss. “Physically we played our best and we stuck with them. We just came up short.”

Pierce had the task of having to travel 145 miles to San Diego, the farthest any team in the state had to travel for a playoff game. The restlessness showed in the first 10 minutes. With no ball control to start the game and a misplay by forward Eliza Midkiff, Jets’ Karolina Salazar found the back of the net to give Miramar the early 1-0 advantage.

After the goal and the first half, the Brahmas picked up the slack by playing more physical in the second half. The Brahmas drew four yellow cards, but Perez liked the aggressiveness.

“We basically went out there and said ourselves ‘To (sic) with it, let’s just go out and play’,” Perez said. “We played our best game in the second half and even though we lost I could not be more proud as a coach, to go out the way we did.”

Miramar head coach Sean Bowers, who is known for having one of the better defensive teams in the state, credited Pierce with the way they played in the second half.

“Pierce really gave us a run for the money,” Bowers said. “They were the better team in the second half.”

After the goal by Raygoza, Miramar would get back on the attack and get the decisive goal to the avoid a potential upset to 12 seeded Pierce.

“It was definitely tough mentally to get scored on since we hadn’t been scored on this year until they got one on us,” said Wolever who was the hero for Miramar after scoring the winning goal. “We really had to play extra hard, not let ourselves get down. Keep pushing and keep working and that’s what we did.”

Bowers, who knows all about pressure having played in the MLS for four years with the Kansas City Wizards, watched his team overcome the pressure after Pierce ended Miramar’s home shutout streak.

“We train really really hard,” Bowers said. “And the reason why we train hard is for the 81st and 85th minute. The girls were ready for it.”

For the Brahmas it is the second time in three years that they have been eliminated in first round after making it to the second round in the 2013 season. Perez has a lot to be excited about in the future with all of his primary defenders expected to return. Perez got strong production from forwards Taylor Bailey and Mayra Lopez and consistency from midfielders Marissa Albano and Claudia Perez. All these players will be sophomores for what should be a revamped 2015 Pierce squad.

As for the Jets, they will move on to the second round of the tournament and will play host to 13 seeded Rio Hondo who upset Santa Barbara City College winning 5-4 on PK’s.