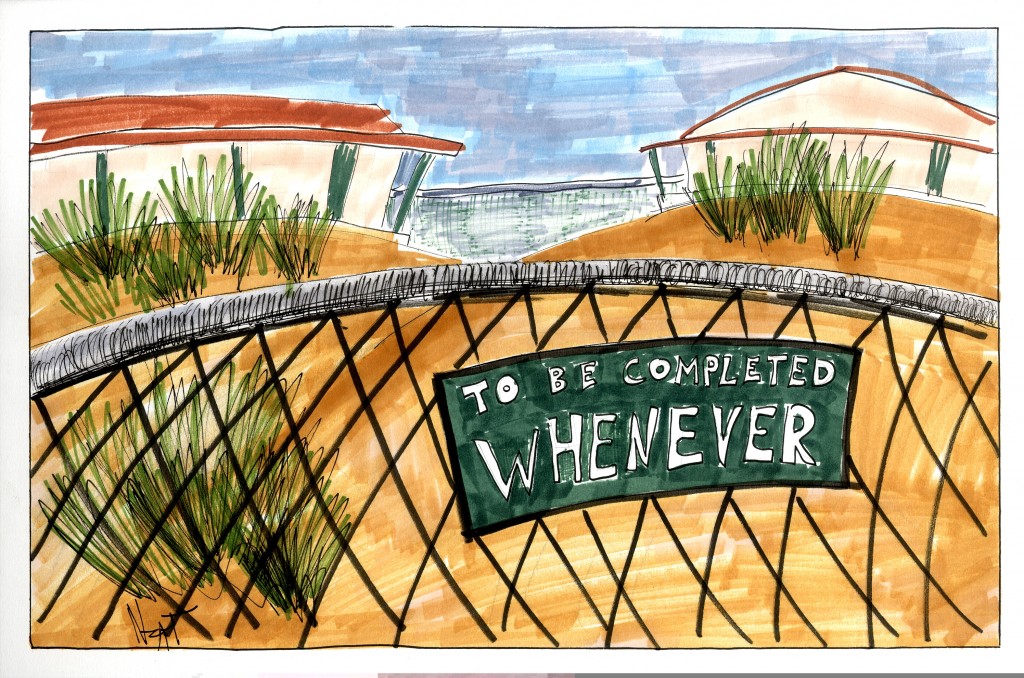 Pierce College and construction. The two go hand-in-hand. It has come to a point where the situation is shrouded in more rumors than the illuminati and Sasquatch combined.

Seemingly every month Pierce is concocting brand new ways to make our campus look less like an academy of higher learning and more like downtown Miami.

Why is their no monthly statement regarding construction on campus? Why isn’t the Pierce campus construction blossoming as fast as the community that surrounds it? Why does the North of Mall area look like the set of “The Walking Dead?”

With so much in the air about the subject it’s time to lay down what is absolute fact. In 2001, Los Angeles voters approved of a $6 billion program in an effort to modernize the nine campuses in the District.

According to the Los Angeles Community College District Building Program overview, the program’s goal is to “improve the nine campuses and advance the training for students, preparing them for jobs in such fields as nursing, other health care fields, public safety, manufacturing, automotive, technology, construction, and entertainment.”

Additionally, better facilities will mean that students transferring to a four-year college will be better prepared to take that next academic step. The program overview, released in July 2014, states that “the program passed the half way mark with $3.6 billion of the $6.2 billion total construction program complete.”

Of that $6.2 billion for the district, $648 million was allocated solely to Pierce College. Of that $648 million, 64 percent has been expended in the span of 13 years. This is where some of the misconceptions lie. If it took 13 years to complete 64 percent of this program, Pierce might be looking at another 5 to 10 years of construction.

College Project Director Ed Cadena has released a statement Nov. 17 in an Academic Senate meeting regarding upcoming construction, yet even his own council is still unsure about meeting the deadlines.

The programs design is counter-intuitive, leaving us to suffer for what might come in the future.
It is likely that Pierce is not even halfway done with its construction with no concrete end in sight.

For the full overview and Pierce budget regarding the LACCD building program, visit http://www.laccdbuildsgreen.org/sustainable-dashBoardReport.