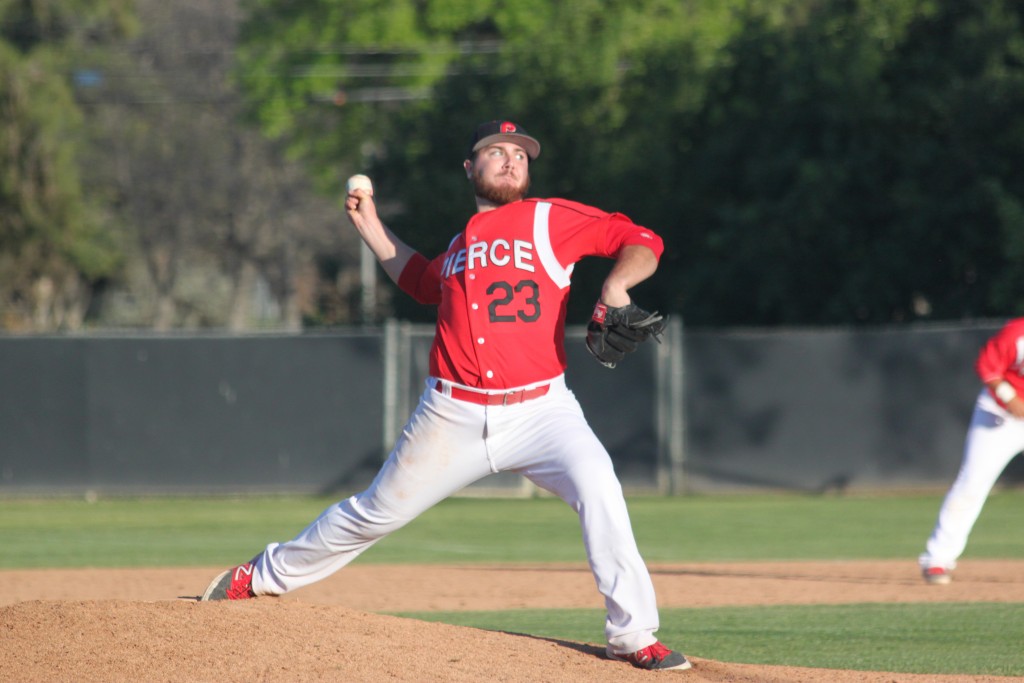 The Bulls kept the game close and gave Santa Barbara, whose record is 10-3, something to fight for, but Pierce took the 4-3 win.

“This is a really good team, they’re one of the top teams in the state,” said head coach Bill Picketts. “The key with Santa Barbara is you need to get ahead of them early and take them out of their game, and that’s exactly what we did.”

Pierce freshman left-handed pitcher Derek Galvin started the game and got his second win of the season. Galvin only gave up two hits in five innings, and he also struck out three batters.

The Bulls were the aggressors and scored first in the second and third innings. They led the game 4-0 until the top of the ninth, when sophomore right-handed pitcher Pablo Gonzalez gave up three unearned runs.

“He [Picketts] had a great game plan. That’s a team that likes to run a lot, and they’re a pretty good offensive team,” Gonzalez said. “Their strength is pitching, so we put pressure on them early and our starting pitcher was great, so that helped out a lot.”

Pierce sophomore pitcher Elliot Keene replaced Gonzalez with two outs in the top of the ninth. Keene struck out the last batter to get his second save of the season.

Strong plays early in the game by Pierce set the tone and put the Bulls at an advantage.

“I think getting that double play in the second inning with bases loaded with one out, that was huge. That brought some momentum to our side,” Galvin said. “We started to swing the bat pretty well and put the ball in play and let the ball do its work.”

The Bulls went on the road to Santa Barbara with intent to win its sixth consecutive game on Saturday, March 7.

But Santa Barbara started the game with complete control and blasted out of its hitting slump from the past two games.

Three of the four Pierce errors came in the first inning. The Vaqueros took complete advantage of that and had nine runs scored by the end of the second inning.

Santa Barbara scored 13 runs on 13 hits in its 13-2 victory over Pierce College.

Pierce is now 9-10 and will play next at Cuesta on Saturday, March 14.