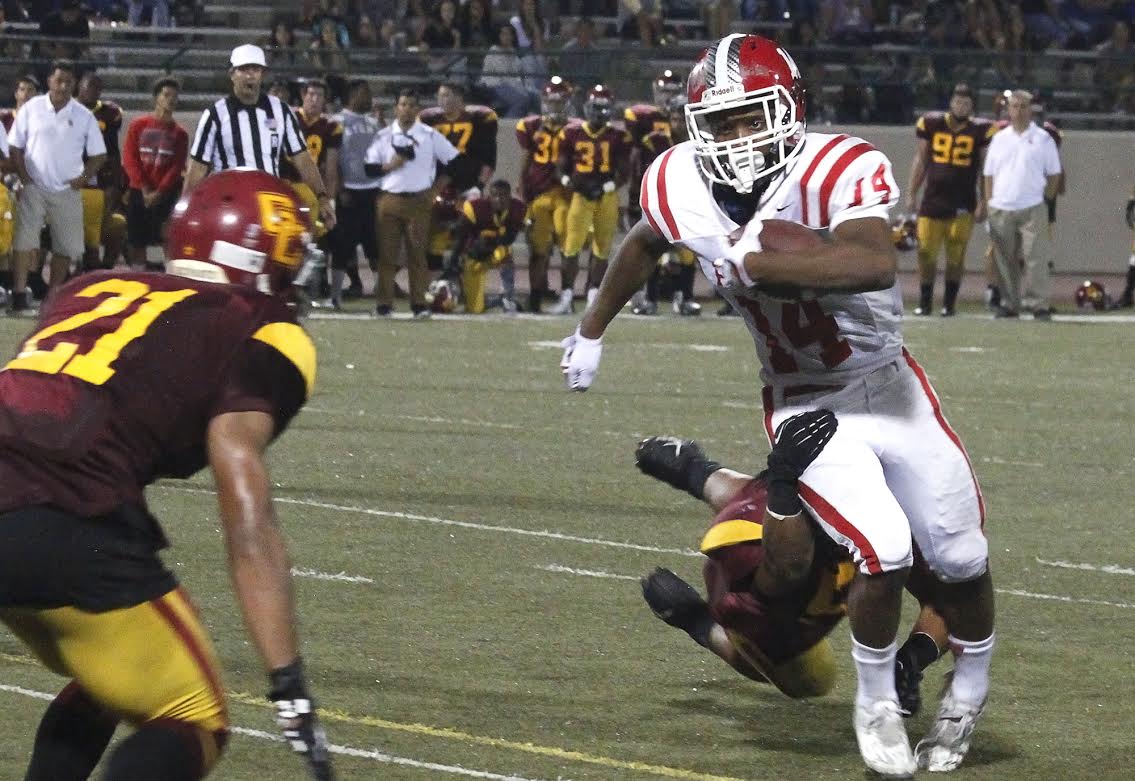 After a disappointing loss last week to Southwestern, the Brahmas rebounded in a big way on the road against the Glendale Vaqueros.

Both touchdown passes were to receiver Xavier Ubosi, who had five catches for 90 yards, including a 53-yard touchdown haul to put the Brahmas up 20-9 toward the end of the third quarter.

“Sean [Smith] just keeps impressing us, he’s one of our captains for a reason,” Sabolic said. “Xavier [Ubosi] is just such a tremendous talent.”

The defense and special teams also played a huge role in the team’s win, as the team lead the Vaqueros in almost all statistical categories.

Special teams set the tone early, as the Brahmas forced a fumble during the Vaqueros first kickoff return, leading to an early 3-0 lead.

After the block, the Brahma offense fired on all cylinders behind the legs of running back Calvin Howard, who had two runs during the drive for over 20 yards and included 3-yard rushing touchdown.

The defense shut down Glendale for the remainder of the first half, 13-0.

Glendale finally put points on the scoreboard during the third quarter after Smith was sacked in his own end-zone for a safety.

Smith would respond by tossing a long 53-yard touchdown pass to Ubosi.

“Sean threw a perfect ball,” Ubosi said. “We practice it all the time, it’s just about focus.”

In the fourth quarter Ubosi caught another touchdown off of a beautiful 15-yard pass from Smith to put Pierce up 27-9.

Penalties plagued the Brahmas for the third game in a row as the team was flagged multiple times throughout the night.

The biggest penalties came during a Glendale drive in the middle of the fourth which led to a touchdown run by running Travis Custis.

“We just got to clean our act up and go out and play football,” Sabolic said. “Some of the times we get a little bit wrapped up in the celebration.”

Pierce would then hold on to keep the score 27-16 to end the game.

“The same mistakes we’ve been making we need to correct,” Rome said.