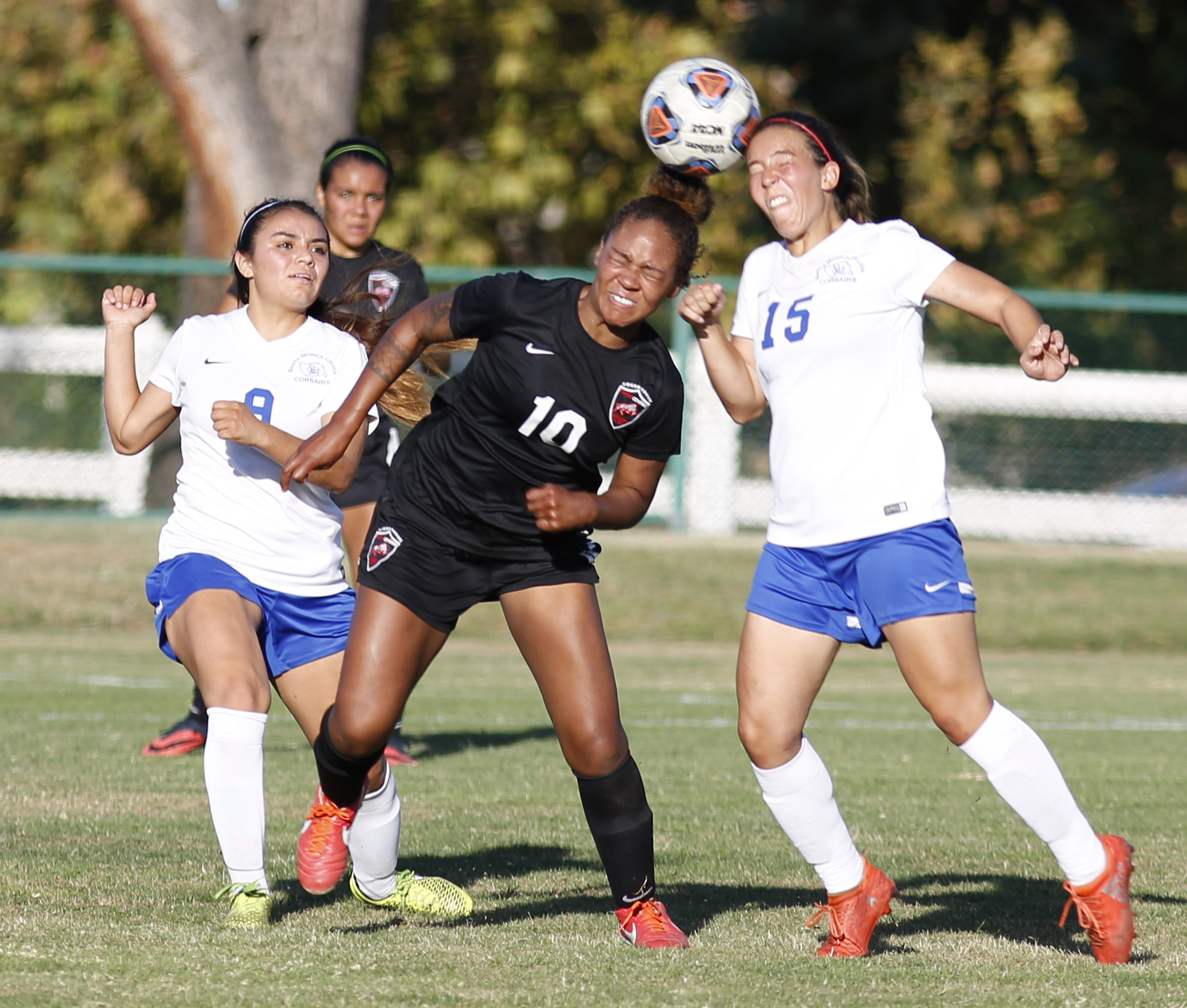 With the season coming to an end and a substitute goalie in play, a tie for the Brahmas against the Santa Monica Corsairs was more than they expected.

A car accident the day prior to the game left goalie Brianna Jacobo out during this week’s game. The Brahmas were in a tough position, but goalie or no goalie, coach Adolfo Perez made the decision to play Karen Windmeyer between the posts.

She was considered the most valuable player at the end of the game after blocking almost every shot that came at her, Perez said.

“It’s incredible because at this level, the most important game of the year, she’s never played goalie before and she did well,” Perez said.

Although it was Windmeyer’s debut as a goalie, according to her it was a thrill.

“I felt very confident. Some girls are scared, they don’t want the ball to pass through. If I want the ball I want it, it’s like monkey in the middle. If you want to try to grab that ball you grab it, try to grab it. It’s about having fun,” Windmeyer said.

The first half of the game was back-to-back mistakes and lack of passing from both ended scoreless.

The Brahmas held the ball on their side for the majority of the game with very little play for Santa Monica.

It wasn’t until the second half of the game when the Corsairs scored to give them the lead. The Brahmas responded as Sara Hernandez scored on a penalty kick to tie the game, 1-1.

Although the game ended in a tie, things could have been worse, Perez said.

“I’m a little disappointed, but it’s better than a loss. It puts us in a good place. We’re still control of our own destiny,” Perez said.

The next game is on Tuesday, Nov. 1 at Pierce College against Glendale at 4 p.m.