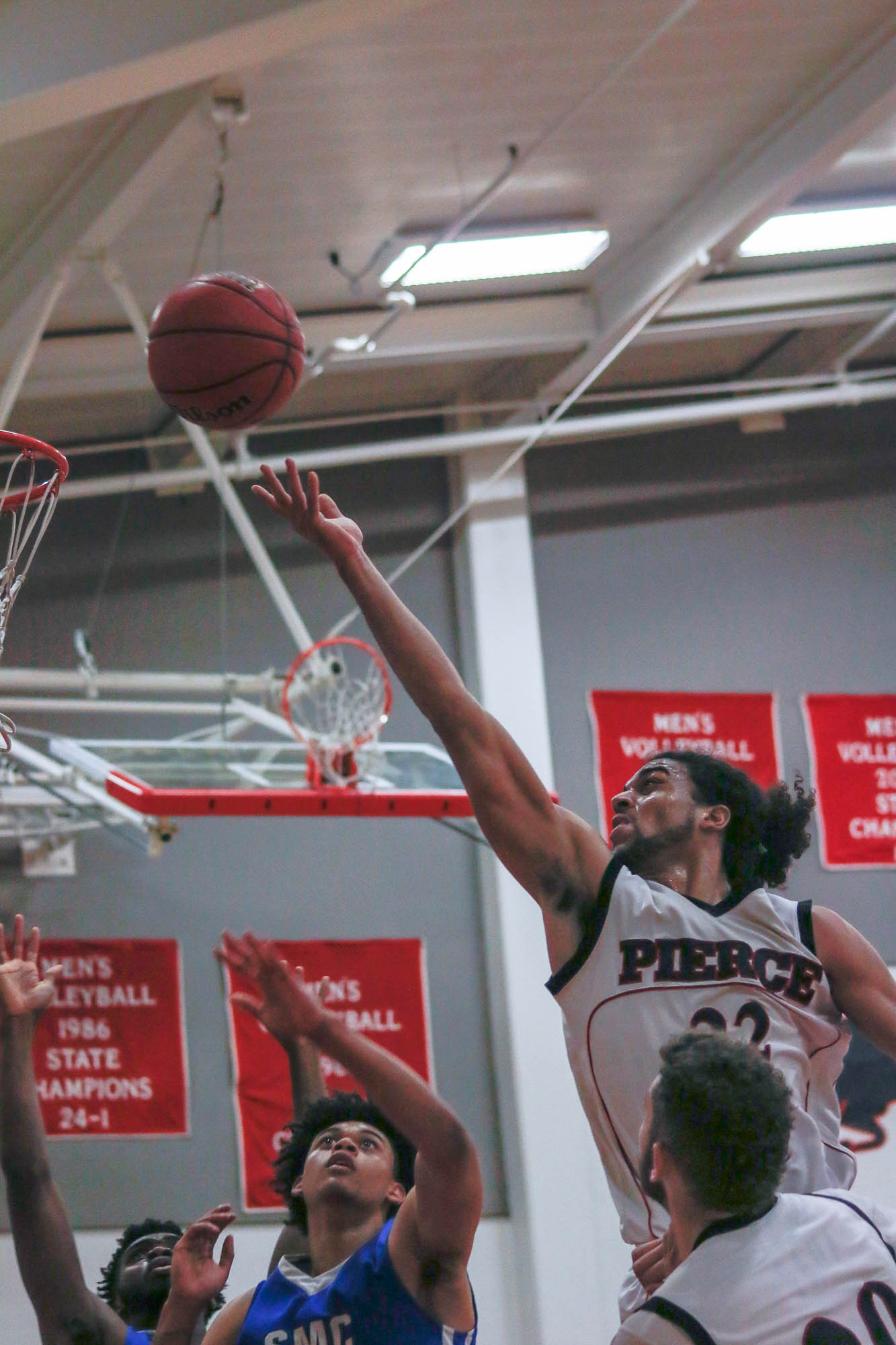 The Brahmas lost their final men’s basketball game of the season to the Santa Monica College Corsairs 74-73, finishing with a record of 11-17.

Before the game started, second-year students were given plaques in honor of Sophomore Night, celebrating their performance and participation this season.

Pierce took the lead in the first part of the game with Jordan Newt hitting several three-point shots minutes after the game began. Less than two minutes into the game, the Brahmas were up 6-2.

The Brahmas showed consistent team defense throughout the first half, making the Corsairs work hard for everything.

The defense that the Brahmas had in the first half was not as strong afterwards, and the Corsairs quickly caught up to them in the second half.

Head coach Charles White tried to encourage the Brahmas from the sidelines, but could only watch as they struggled to hang onto their lead.

The Corsairs tied the game up at 73 with six seconds remaining. A Brahmas’ turnover and foul put Santa Monica on the line with a chance to take the lead.

Santa Monica College would hit the first free throw, giving a them 74-73 lead. The second free throw was off, but the Brahmas only had time for a last second heave from Anthony Suber.

White thought that the team played well, but he was unhappy about their loss.

“It was Sophomore Night, so I’m a little disappointed that we came up on the short end,” White said. “The guys played hard, but we just didn’t get enough stops down the stretch that we needed. But it was a fun game to watch and I’m really proud of these guys.”

This was White’s first full season as the head coach of the Brahmas, and he is excited to build on what they have accomplished so far.

One of the sophomores honored at the game was Kelton Conway, who scored 11 points. He enjoyed playing despite the result.

“Obviously, there are always positions where I feel I could’ve done better,” Conway said. “Everything that I learned this season, I am going to take with me to wherever I transfer, if I’m blessed.”

Newt scored 20 points in the game. Though he was disappointed with the final score, he was proud of the team’s performance.

“We tried to get the win for Sophomore Night,” Newt said. “Even though it didn’t end up being on our side, we gave it our all, we played well and we did the best we could.”

Newt looks forward to preparing for next season.