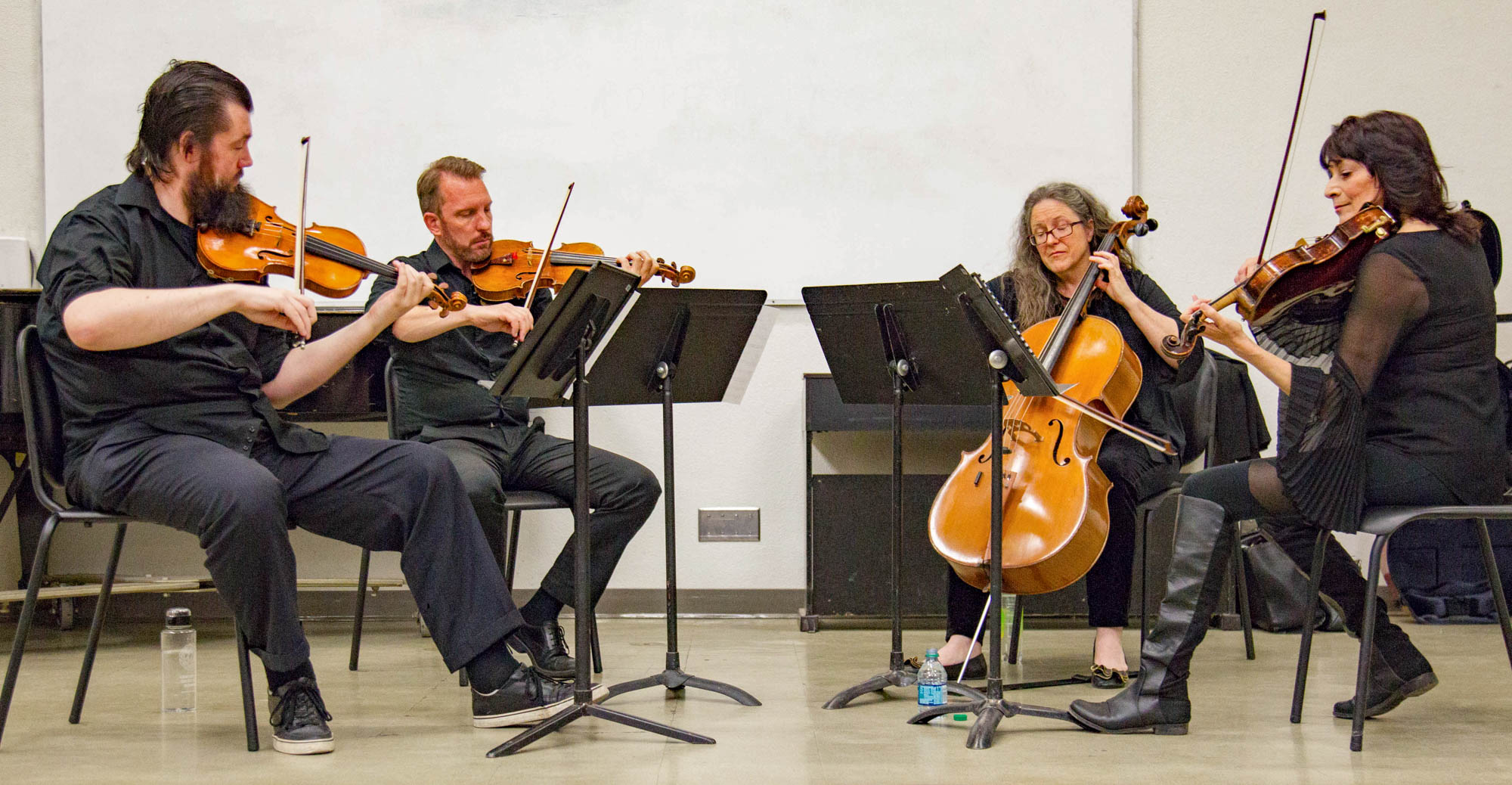 The concert was Sept. 21 in MUS 3400. The quartet is on tour, and Pierce College was their second stop.

They play through the Kadima Conservatory of Music, and not only perform, but teach the audience music history and theory such as how to hear certain terms and notes in a song.

The play classical and modern music from television shows and movies.

The concert was different than others in the past because, in between songs, one of the musicians would explain why the group chose each song played and also had interactive activities to keep the audience engaged. Previous shows did not allow for the musicians to interact with the audience besides introducing the song and the performers.

Garineh Avakian-Akkus, assistant professor in voice and choral music, is in charge of organizing the fall semester shows. The next ASO concert is a student recital on Thursday, Oct. 5.