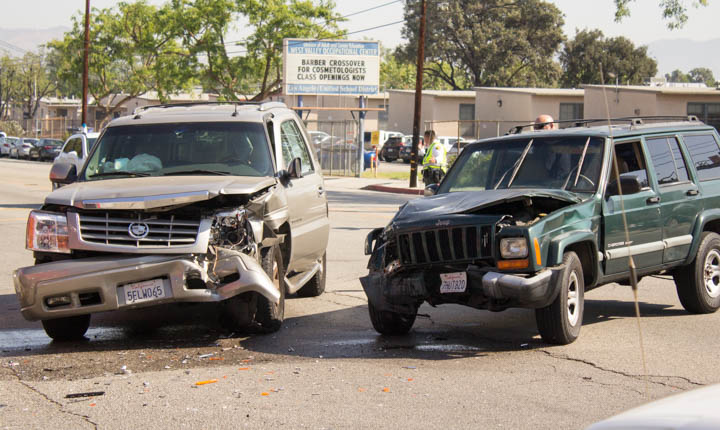 Campus officials stated that the number of students struck by cars on campus rose during the last nine months speculating a parallel increase in distracted drivers and pedestrians.

Vice President of Administrative Services Rolf Schleicher said that the rise of student accidents is due to drivers and pedestrians not paying attention while in the parking lots.

“In the last nine months, we have had more students hit by cars,” Schleicher said.

Schleicher said this is because students are rushing to and from class. Texting while driving is also a big concern, he added.

“The rise of the cellphone has been the biggest detriment we have had,” Schleicher said. “As wonderful as a tool it is, it has made safety a much bigger problem.”

Safety precautions have been implemented on campus to combat the issue. Schleicher said flashing lights have been placed to alert cars while driving.

Schleicher also hopes students let each other know to be aware while on campus.

“Students will listen to other students,” Schleicher said. “It sounds really basic, but it really works.”

Deputy Lazaro Sanchez said students need to be aware when in the parking lots. Sanchez said cellphones and not paying attention to regular traffic rules cause accidents.

“Look both ways. It’s an issue of attention for drivers and pedestrians,” Sanchez said. “That’s why accidents happen.”

Guerrero said that cellphones are also an issue. He said that nothing is too important to be looking at on a phone while driving or walking in a parking lot.

Guerrero said it is a lack of attention from the drivers and pedestrians that cause accidents. He also said the speed limit in the parking lot is sometimes not obeyed.

“The speed limit is 8 mph in the parking lots. Not 18 mph, 8,” Guerrero said. “Pedestrians come shooting out between cars. I don’t know what it is.”

He also said extending the drop off area in Parking Lot 7, which has the most accidents overall, would help reduce incidents because it has straight away lanes that a lot of students walk through.

Guerrero said that Pierce has less access points to campus, with only four.

“I hope the frequency of accidents comes down,” Guerrero said. “That’s not up to me, that’s up to every student that comes on campus.”