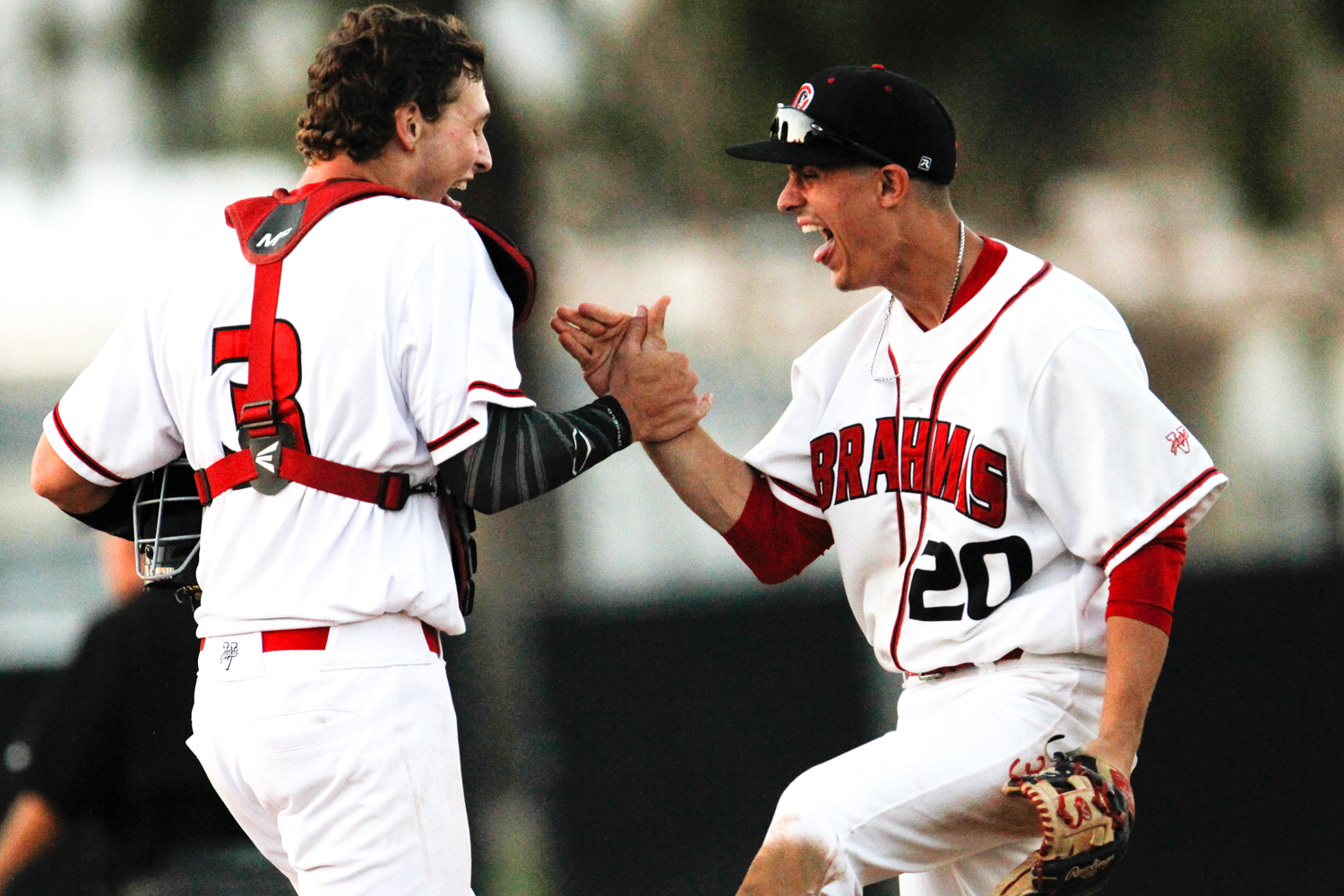 The Brahmas trailed the Santa Barbara City College Vaqueros for much of Friday’s game, but were able to wrangle the lead in the eighth inning and win the game 7-6.

The Brahmas trailed the Vaqueros in the first two innings (4-0), until back-to-back doubles were made in the third inning from Will Picketts, infielder, and Diego Harris, outfielder, put two runs on the scoreboard. A single from Michael Tillman added an additional run to the score.

Nick Rincover was the starting pitcher for the Brahmas and was pulled out during the fifth inning. Head Coach Bill Picketts said Rincover’s pitch count was around 80, so he decided to pull him out of the game.

“This early in the season we can’t go too far with them,” Picketts said. “They need to develop to get their pitch count up.”

Rincover, freshman, said he knew when it was time to let another player come in at pitcher.

“It’s more useful for the team to get a new guy in there,” Rincover said.

Right hand pitcher, Andy Barbosa replaced Rincover on the mound, but was taken out during the sixth inning after allowing one more run from the Vaqueros. Barrett Vonderau, a freshman reliever, took Barbosa’s place to finish off the game.

The Vaqueros scored another run after Vonderau entered the game in the sixth inning, and Picketts said this was Vonderau’s first allowed run of the season.

At the bottom of the eighth inning, the Brahmas took the lead for the first time by taking advantage of the errors made by the Vaqueros.

Picketts said Vonderau has maintained a good record and is the go-to-guy this season so far.

“It’s been fun to watch him because he competes,” Picketts said.

Vonderau said the pressure of being a reliever isn’t a problem, but building stamina is one of his goals to help him improve his performance.

“We just battle until the end, all nine innings,” Vonderau said.

The Brahmas’ next game is against the Vaqueros on Saturday, Feb. 10, at 1 p.m. at Santa Barbara City College.