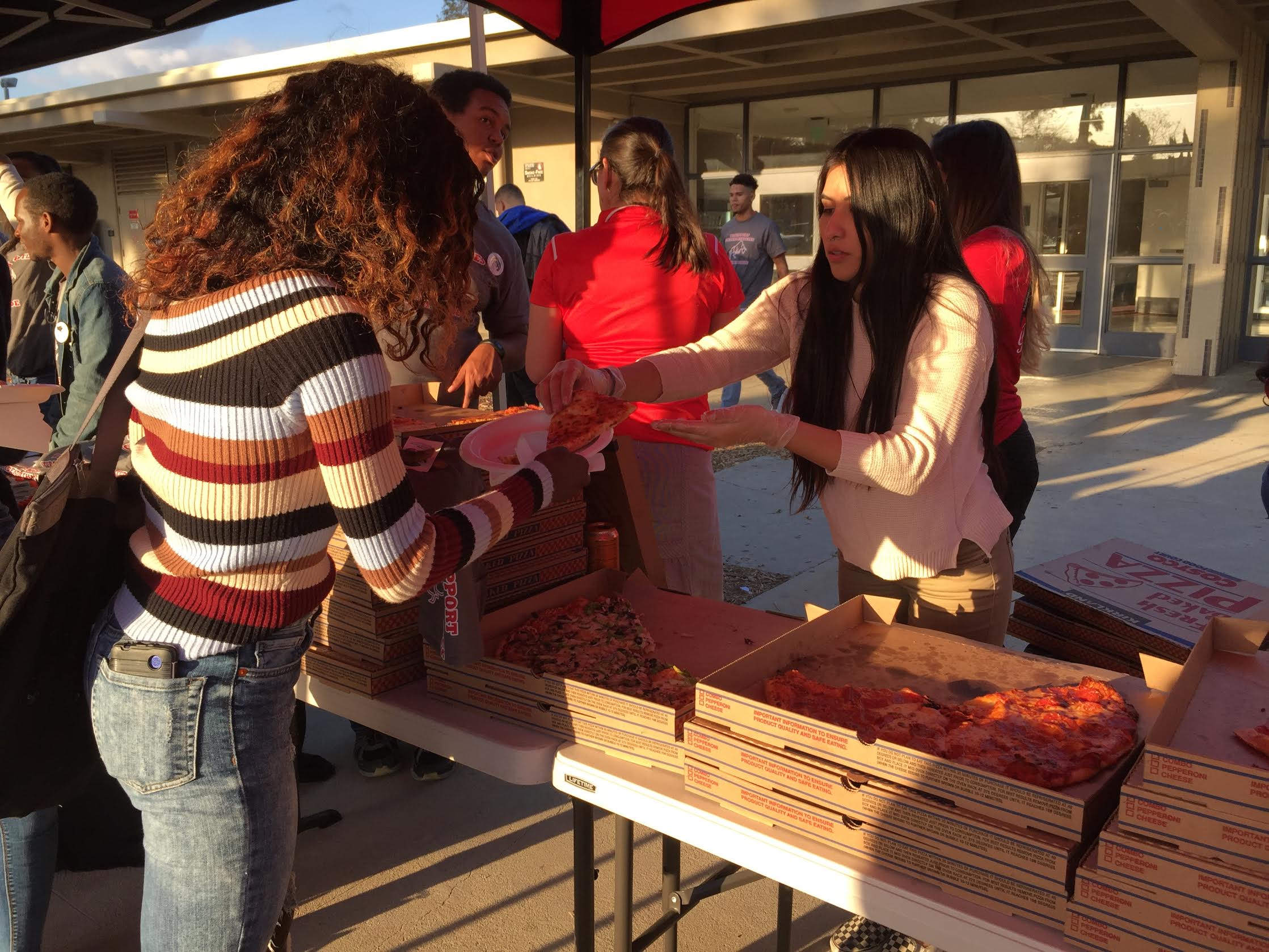 The first tailgate of the semester kicked off supporting the Pierce men’s and women’s basketball teams hours before its conference game.

Associated Student Organization (ASO), UMOJA and CSUN’s Strength United booths set up in front of the South Gym to educate passing students about resources and programs available on campus and to cheer on the Brahmas before the games.

Men’s basketball head coach Charles White said it benefits the team if the Pierce community is involved and attends the games.

“I think the basketball program is the least advertised,” White said. “I love it when Lara brings the students in with pizza and T-shirts and makes it festive.”

Lara Conrady-Wong, the Student Engagement Coordinator, said that ASO collaborates with other organizations, such as Extended Opportunity Programs and Services (EOP&S), UMOJA and Strength United to bring awareness to programs offered on campus, while supporting school athletics.

“It’s another venue to show our support for student athletes,” Conrady-Wong said. “It’s a way to bring a lot of different students together. We are hoping to do more collaborative events.”

UMOJA handed out free T-shirts to all participants, ASO had free pizza, drinks and snacks, and Strength United had “This Is On Us” pledges to end sexual violence for visitors to sign.

Julia Stern, a prevention specialist counselor, was representing the CSUN chapter of Strength United, a community organization that offers free services to those that have suffered from sexual or domestic violence.

“We are here raising awareness, but more importantly, we are raising prevention awareness,” Stern said. “Sexual assault doesn’t have to occur as long as we start changing our cultural attitudes and how we talk about it and address it. This is saying, ‘Step up and do something before something terrible happens.’”

Melody Smith, an UMOJA counselor, said that the UMOJA program started last year, and students, including athletes, have joined.

“UMOJA means unity in Swahili,” Smith said. “At UMOJA, we like to create a sense of community. It’s been a great turnout.”

Dallas Johnson, a member of UMOJA and safeguard on the men’s basketball team, said the tailgate event was created to support Brahma athletes, particularly sophomore players during that night.

“They want to support the sophomores and send them off on the right foot,” Johnson said. “The more people there, the more spirit we have. That always boosts morale.”