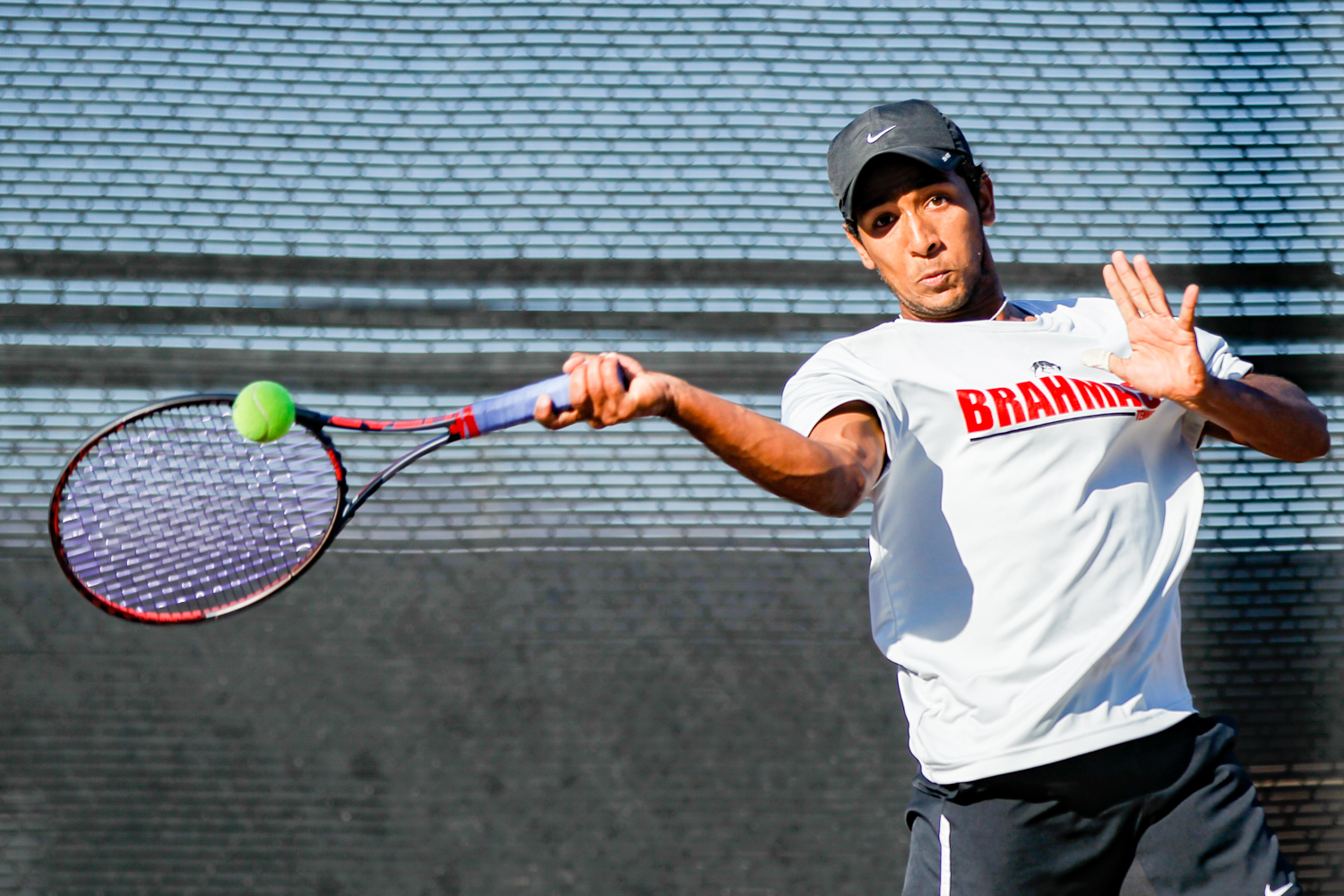 The Brahmas won their third straight game of the season as they defeated the Bakersfield College Renegades (8-1) to improve their overall record to 3-1.

Gavin Dail was the only player to lose his singles match against Bakersfield’s Kaleb Johnson. Dail won the first set 6-4, but lost the following two sets 6-2 and 6-3.

Head Coach Long Dao was pleased with the way his team performed against the Renegades.

“One thing that we were working hard on was the transitions between singles and doubles,” Dao said. “I was really happy with my three doubles teams winning.”

In the other singles matches, Andrew Kimelman came back after losing the first set, 6-4, against Spencer Haines.

Dao said that this was the best team he has coached in a long time.

“Right now we are (3-1) and I expect this team to handle business and end with a winning record,” Dao said.

Dail said that experience played a huge role in his two set win against Slykerman.

“I think my opponent wasn’t that good because he was injured. He was struggling for form. I have been more consistent in the past couple of games,” Dail said.

Lossangoye said he felt confident in his singles match against Rivera.

“I struggled in the beginning, but I got my confidence as the game progressed,” Lossangoye said.

Tennis heads back to the courts on Tuesday, Feb. 20 against Ventura College at 2 p.m.