Gloria Becerra, Richard Espinoza" />
Skip to content
You are Here 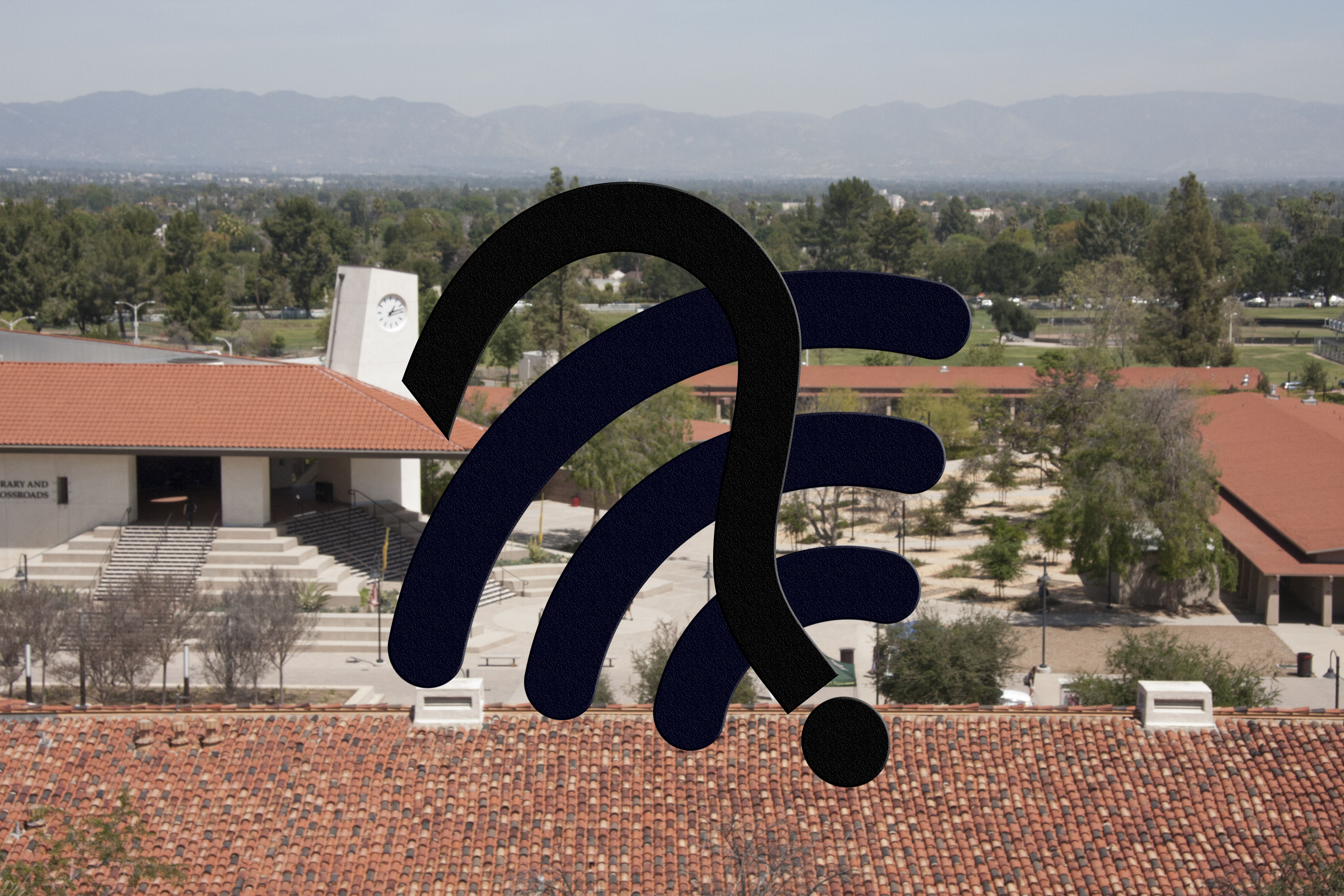 Most people have become reliant on the internet for the majority of daily tasks. The Pierce College community is no different.

Many assignments are turned in through Canvas even for classes that meet in person. Some professors depend on an internet connection for lesson plans and overall instruction.

However, students, teachers and staff have nearly all experienced connection issues with the Wi-Fi across campus.

Adjunct instructor of journalism David Blumenkrantz has dealt with Wi-Fi connectivity issues in his Journalism 251 class, which takes place in the Elm 1700 building.

“There have been times where the class and I have thrown our hands up in frustration because we are so dependent on Wi-Fi here,” Blumenkrantz said. “This is a visual class and students do presentations online where they use online sources. So, if you don’t have a strong Wi-Fi connection here, it throws you back into the 1990s where you’d do puppet shows.”

According to Pierce College IT manager Mark Henderson, the campus has only one gigabyte of Wi-Fi capacity.

“If the Wi-Fi is running slow, it’s because the usage is based on the density of the Wi-Fi connection infrastructure, how many people are trying to use the one gigabyte we have all at the same time,” Henderson said.

According to Techopedia.com, Wi-Fi capacity is “the maximum amount of data that may be transferred between network locations over a link or network path.”

“A lot of places on campus that don’t have Wi-Fi is because they don’t have infrastructure to plug anything in, therefore we are trying to build more infrastructure,” Henderson said. “They did not design it for wireless so they have to go back and fix it.”

The CAS tutoring center, bathrooms, Planetarium, library , and various rooms in the Village are just among the few places on the campus that don’t have a strong Wi-Fi connection.

“The [Center for the Sciences] by far has the worst Wi-Fi connection. I was on the second floor in the Planetarium and I legit had to walk downstairs near the parking lot just to send a text message,” Webb said. “The Wi-Fi here sucks.”

According to Henderson, there is a possible solution in the works using bond funding.

“We are trying to fix the Wi-Fi connection issue through a bond as a base level service district wide project to make sure every campus has a base level of services for different things. Wireless is one of those,” Henderson said. “So, once we get the funding we will buy the equipment.”

If Pierce receives funding from the bond, the Wi-Fi capacity would be increased to a planned 10 gigabytes, Henderson said.

The increased capacity could be the answer to many of the complaints regarding network speeds on campus.

“We need better Wi-Fi that does not struggle because students do most of their homework on the internet,” student Engelbert Pereza said.

Other campuses have recently upgraded the Wi-Fi on campus and seen an improvement.

“I have heard technically all the time that maybe this area or that area does not have any Wi-Fi service,” East Los Angeles College communications specialist Jason Van Cleve said.  “When we got our new buildings all the new Wi-Fi equipment that had been installed has provided the latest and greatest internet service.”