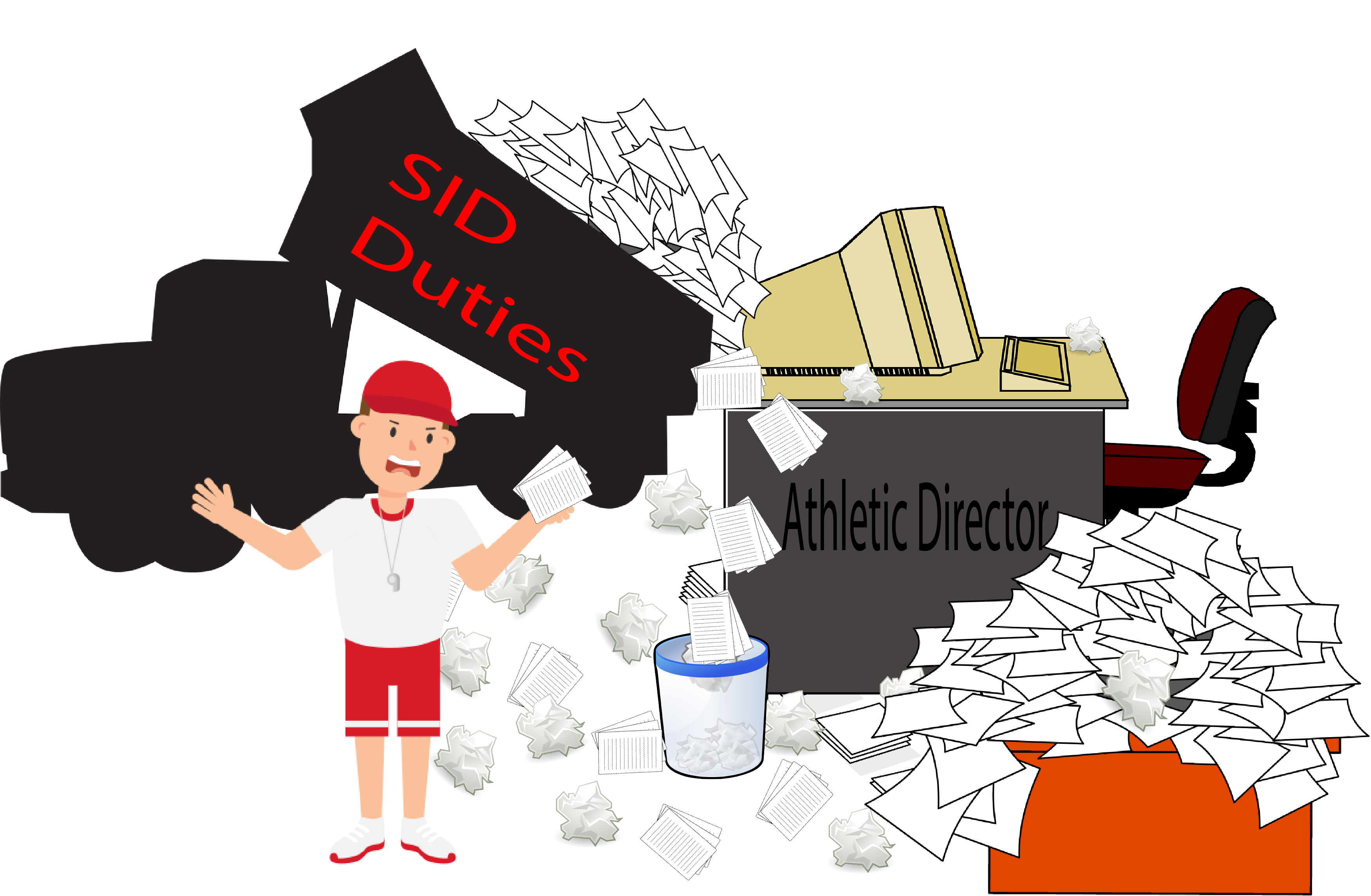 In sports, everyone has their role. Players play, coaches coach, and, at the college level, the athletic director oversees it all.

They all have full plates on a daily basis. But what happens when they’re asked to do even more? Whose responsibility is it to inform the public and media that a game has been rescheduled or moved? Who gets the scores online for those that weren’t at the game?

Pierce is lacking a key piece to the athletic department, a sports information director/specialist.

An SID/S is the public relations specialist for athletic departments, who, according to the LACCD, “Performs a variety of paraprofessional and technical public relation duties designed to publicize, promote, and document inter-collegiate athletic programs, games, events, and athletics at a college, build campus spirit, and enhance the visibility of the athletic program with local media outlets and the public.”

The College Sports Information Directors of America offers a far more in-depth description of what an SID does for a school. Editor, publisher, statistician, historian, event manager, media liaison, budget manager, webmaster and publisher are all hats frequently worn by an SID.

These are all tasks that are otherwise put on the shoulders of people with many other responsibilities.

While no school in the district employs one, the LACCD lists the job of Sports Information Specialist on the salary schedule with a salary of about $50,000-60,000 per year. Taking the initiative of being the first in the district to have an SID/S could separate Pierce athletics from the other eight schools in the district, giving an advantage in recruiting local talent.

In the Western State Conference, nine of 18 schools employ someone in the sports information director/specialist/officer role. A tenth, Allan Hancock College, has a director of public affairs and communications for the athletic department.

Quite often, even when it is a small program, athletics are the visible aspect of a school. Success in sports has shown an increase in enrollment at universities, known as “the Flutie effect,” named for quarterback Doug Flutie, who, in 1984, led Boston College to a last-second victory against the University of Miami. BC applications increased by 30 percent, according to an article from forbes.com.

According to that same Forbes article, teams with unexpected runs in the NCAA men’s basketball championship also see an increase in enrollment. While these are seen on a greater scale than the community college level, any increase would be beneficial.

An SID/S would put the success of Brahmas sports, both current and former, front-and-center, possibly drawing in both more athlete and non-athlete students. Enrollment numbers and finances are down, so any boost to the student body would be a positive.

Pierce athletics lacks an online presence as well. There is no social media account for the athletic department as a whole, and few individual sports have a presence. The department website hasn’t been updated in nearly two years. Pierce’s main website has issues that need addressing as well. The athletic site should not be dumped onto the same IT plate if any progress is expected on either.

It’s not a matter of someone not doing their job. Coaches aren’t full-time employees at Pierce, and Athletic Director Moriah Van Norman has a laundry list of responsibilities. An SID/S would take excess work from the rest of the department and put Pierce athletics on the radar of prospective athletes, students and the general public.