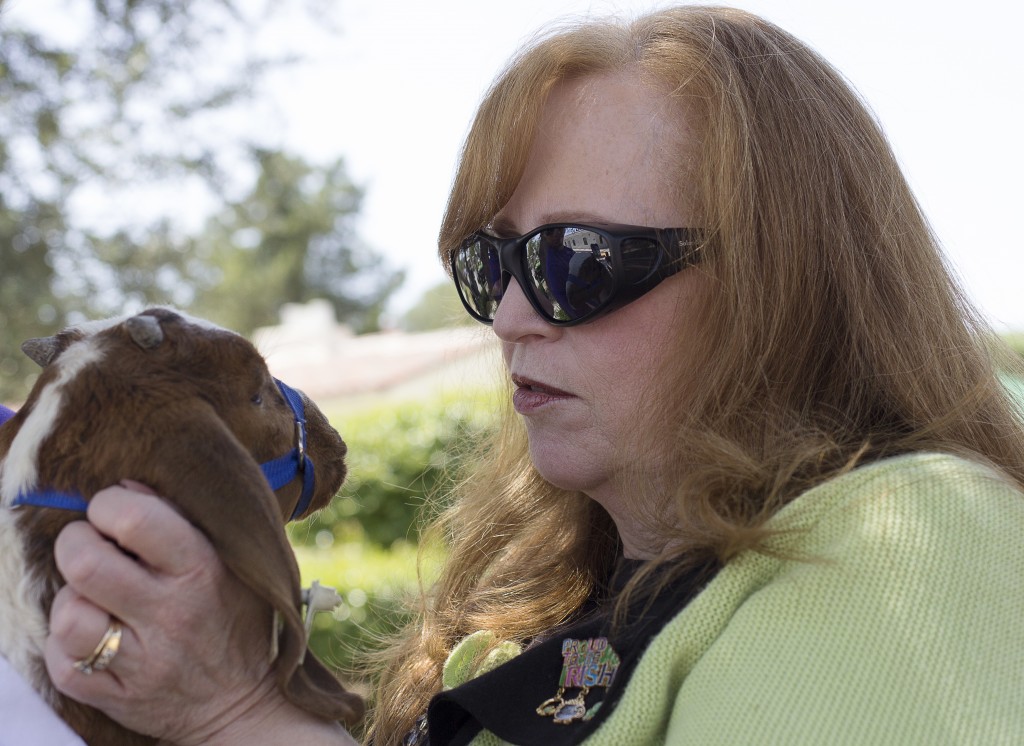 The South Orange Coast Community College District Board of Trustees unanimously selected Pierce College President Kathleen Burke as its new chancellor. She will begin the position on July 1.

Her eight-year tenure at Pierce will end that day.

“I am pleased to welcome Dr. Burke as chancellor of the South Orange County Community College District,” Board of Trustees President Timothy Jemal said in a press release from SOCCCD.

According to the press release, Burke’s duties include overseeing an $800 million budget, about 4,000 employees, and district operations for Saddleback College, Irvine Valley College, and the Advanced Technology and Education Park, which serve more than 60,000 students a year.

Jemal said that the board was impressed with Burke’s bureaucratic community college experience, and her knowledge will help the district prosper.

“She brings meaningful experience dealing with challenges and successes in community college, and she’s had a lot of successes,” Jemal said. “Experience means a lot. We are a dynamic district, and she brings that seasoning.”

In May 2010, Burke was selected by the Los Angeles Community College District as the President of Pierce College. Prior to that, she was the vice president of academic affairs at LA Trade Tech College.

LACCD Chancellor Francisco Rodriguez said the district congratulates Burke on her selection as chancellor of the neighboring district.

“LA Pierce is in a very steady and stable position because of the leadership of President Burke. She has provided leadership to our district in exemplary fashion,” Rodriguez said.

Rodriguez said the replacement has not been selected. He said internal applicants go through a ten-day process. He said the process needs to conclude before July 1, so they can name someone in the role before Burke transitions.

“If we are unsuccessful determining someone from that internal pool, then we look toward external candidates,” Rodriguez said. “I see the process moving very smoothly, and the excellent service that faculty and staff experience, I’m fully confident those experiences and services will continue uninterrupted. It’s an excellent college and it will remain that way.”

During the SOCCCD Board of Trustees meeting on April 30, Vice Chancellor of Human Resources Cindy Vyskocil said that at the start of her new position as chancellor, Burke will have an annual salary of $350,000. That doesn’t include the $100 per month to cover internet and telephone services, $165 per month for cellphone, $625 transportation stipend and $10,000 relocation stipend.

Vice President of Student Services Earic Dixon-Peters said he is confident that the LACCD chancellor will make the right decision, whether to name an interim Pierce College president or search for a new one.

Dixon-Peters also said that he thinks the position as chancellor for SOCCCD is a great opportunity for Burke.

“My first thought was, ‘Awesome for her.’ What it shows is that her record speaks for itself,” Dixon-Peters said. “That other institutions see the value of her and they want her to be the head of a system. Not just a president of a college, but a system of multiple colleges.”

Vice President of the LACCD Board of Trustees Andra Hoffman works at Glendale Community College. She said she met Burke when she was the chair of the Visual and Performing Arts Department. She said Burke went on to do great things for Pierce as its president.

Thomas Fallo was appointed as the acting chancellor of SOCCCD in November 2017 after Debra Fitzsimmons announced her retirement in October last year, according to an article in the Saddleback College Lariat.

Fallo was to serve as chancellor until summer 2018 when a permanent hire would be made.

Public Relations and Marketing Director Jennie McCue said that Fallo was only able to serve for a short time and Gabel will serve as interim until June 30, when Burke will take over as the permanent chancellor.

“This is an exciting time in higher education as we focus on increasing opportunities and success for our students,” Burke said in the press release. “I’m grateful to have been selected to serve as the chancellor of the South Orange County Community College District and to work with a board of trustees that is so dedicated to the communities we serve.”

Dixon-Peters said that with Burke as president, the college has been moving in the right direction.

“Change is good for colleges, and it will be difficult for us, but I think it’s a wonderful testament of her work here and she’s well deserving of a chancellor position,” Dixon-Peters said.

Jemal said that he was impressed with how Burke managed the accreditation process at Pierce College. He said it is an important part of being a college administrator and a leader, and he hopes she will take their district in the right direction.

“We have a fantastic multi-college district in South Orange County. Kathleen is the right person to lead our district at this time,” Jemal said. “It’s a phenomenal opportunity for her and our district to continue to move forward and serve our students the best we can.”