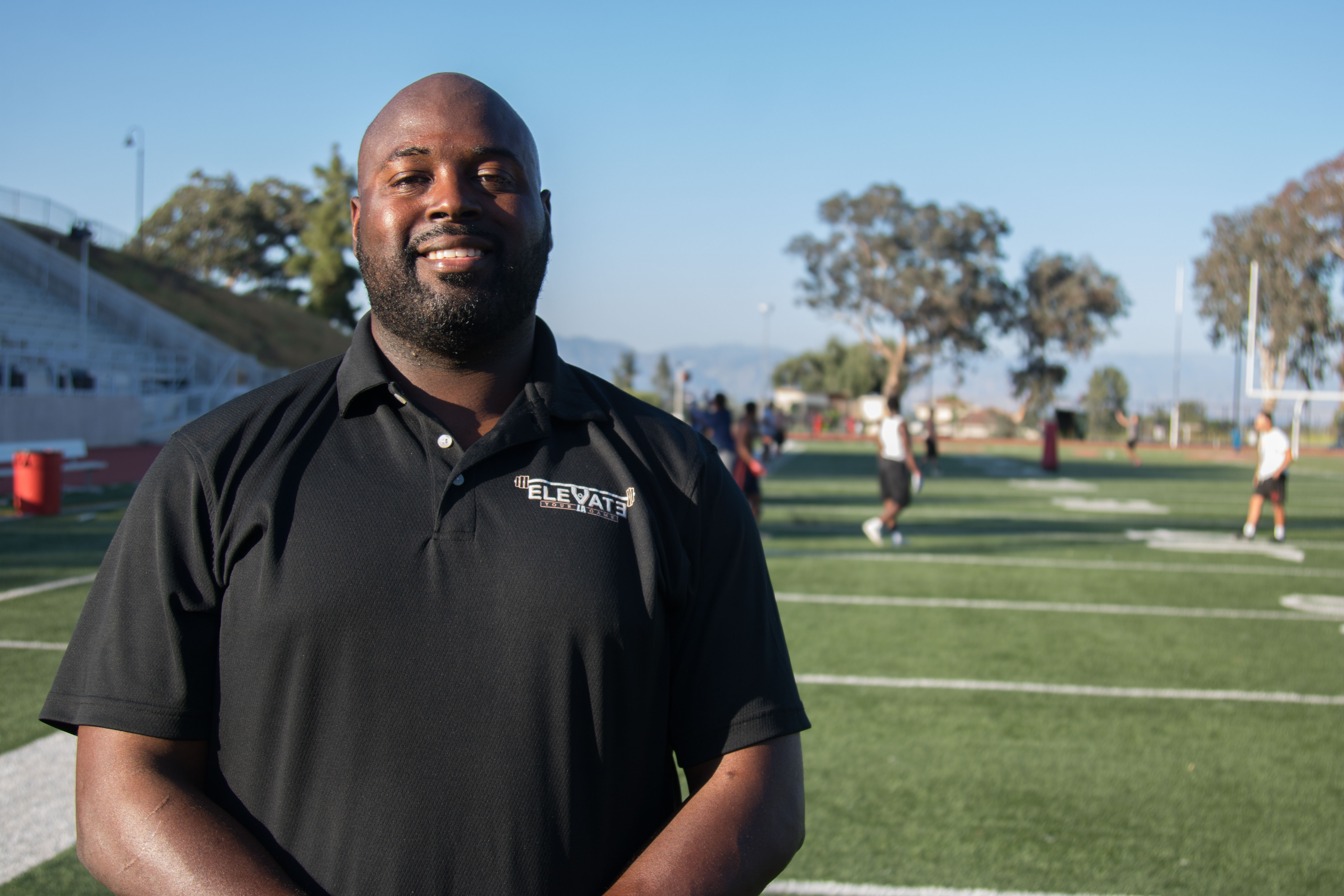 Lessons learned both on and off the field shape young athletes as they grow. For Carlos Woods, the newly named head coach of Brahmas football, each stop along his path helped mold him into the man he is, and the coach he wants to be.

Woods has a professional pedigree and tutelage under legendary coaches Tony Dungy and Joe Paterno, but his lessons for the game started years before ever stepping onto a field.

Growing up, Woods’ stepfather, Michael Smith, was in the Navy. Smith’s lessons of discipline and responsibility have remained with Woods all these years later.

“He is the epitome of what hard work is and seeing the fruits of his labor,” Woods said. “It taught me how to be hands on.”

That idea of hard work paying off showed in Woods’ start in football. In seventh grade, Woods didn’t make the team. Woods said that at that point, he made a deal with himself. He would either make the team the following year, or he would quit.

Woods remembers being one of the last players to learn his fate with the team in eighth grade. According to Woods, coach Lacklin would call each player into his office and let them know.

“He will look you in the eye, man to a young man say you made the team or you didn’t make the team,” Woods said.

Woods made the team, and even though he didn’t play often that season, the lessons he learned from Lacklin have carried over just like those he learned from his stepfather.

When Woods took the head coaching job, one of the first things he did was enact an open door policy and began meeting with players one-on-one. Those meetings weren’t about football, but to find out about the players’ school and homelife.

“Those things to me are essential to just getting an understanding for each player,” Woods said. “Football comes and goes, it’s just a small part of our life.”

Heading into high school, it was a different part of Woods’ that life had to go to make room for football.

Since elementary school, Woods had played the saxophone. Heading into the start of his ninth grade year, he met with the band director and the football coach. Woods was told that both practiced at the same time and he would have to make a decision.

While he loved music, Woods chose football. That decision eventually resulted in him earning a scholarship to Delaware State University, where he played football and wrestled.

Woods’ first coaching job came as a graduate assistant at Penn State University in 2005. Here, under the late coach Joe Paterno, Woods learned how to bring a team together. The entire team would eat dinner together Monday – Thursday, and would then be joined the families of the coaches and staff on Fridays.

“It was beautiful to see. You would see linebackers and running backs, receivers with offensive linemen. It was family,” Woods said. “And I said if I ever have a program where I could do that I’d love to emulate that because I just like it brought the team so close together.”

After almost two years at PSU, Woods moved on to the NFL as an assistant with the Indianapolis Colts and head coach Tony Dungy, receiving a Super Bowl ring from the 2006 victory.

“I think his resume and his record, in terms of what he’s done as a defensive coach, speaks well,” Vice President of Student Services Earic Dixon-Peters said. “We’re excited about the opportunity for him to do some good work and help us rebuild, rebrand and refocus our football team.”

“He was very passionate from the jump. He’s eager to turn this program around from the top to bottom,” Austin said. “You could tell where his heart is with this program, it’s his first priority.”

Woods has plans for game days off the field, hoping to make it more of an experience for the fans. He said he wants to speak with local vendors to try and get affordable entertainment options out to Shepard Stadium such as a DJ, giveaways, and youth interaction in hopes of drawing larger crowds.

“Whatever we can do to increase the community around here,” Woods said. “It’s not about making money, it’s just about giving them an experience. A lot of people can’t afford to go an NFL game, or an SC game or UCLA game. But they might be able to afford a Pierce game, and why not give them the same experience that they would enjoy over there?”

Athletic Director Moriah Van Norman believes that Woods will affect not only the players on the team, but the entire athletic department.

“I think he’s going to be a great role model for these young men,” Van Norman said. “I’m just excited for football season. We have a lot of work to do, but he’s definitely going to set the bar for every hire after him.”