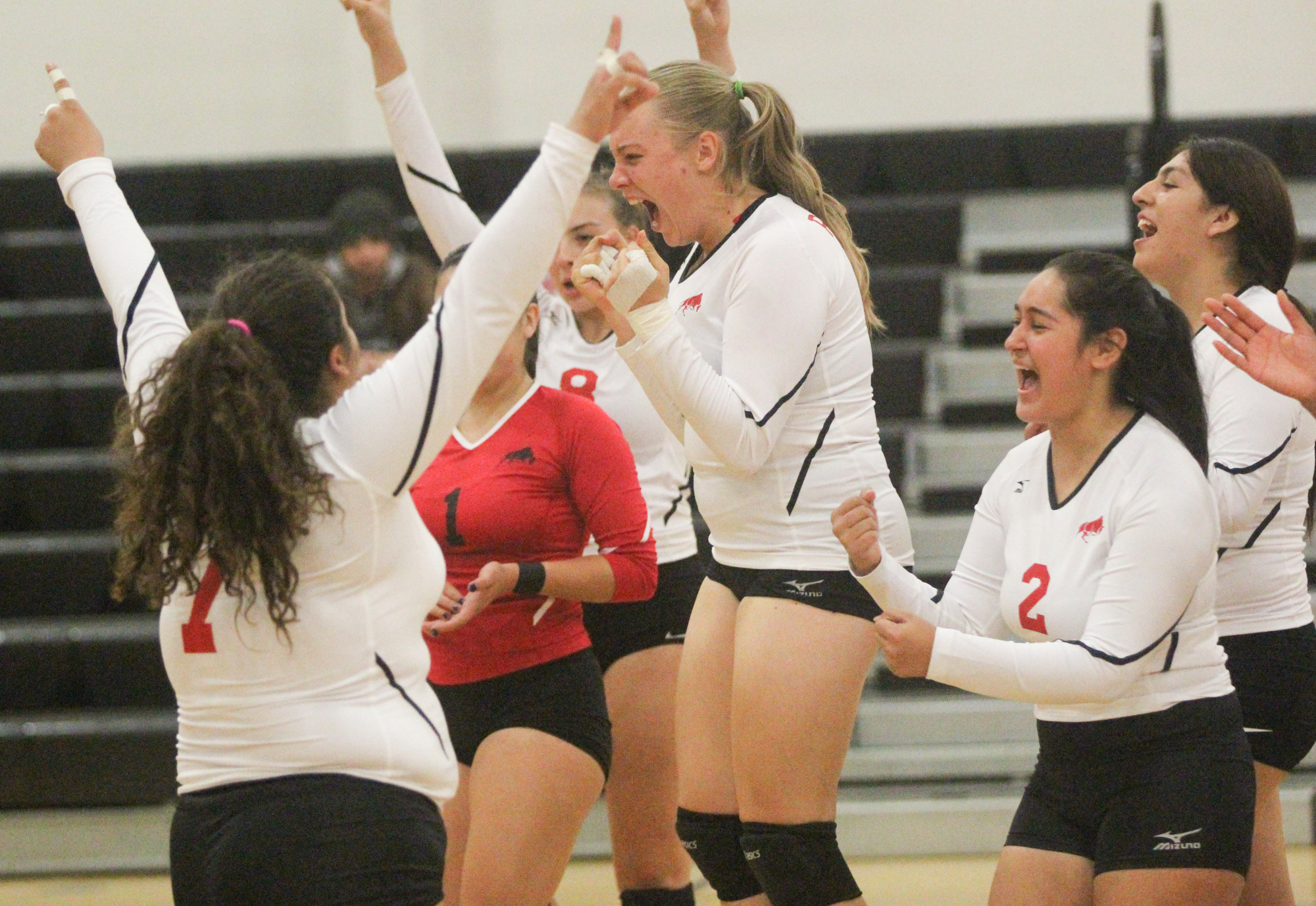 The Brahmas came into the game losing to the Victor Valley College Rams in four sets last Friday.

“In the beginning we think we can win the game, but it’s not very easy. We lost the first two sets, it’s hard, but in the end we played perfect,” Zhou said.

In the second set, it was more of the same for both teams. The Brahmas held a lead before the Vaqueros came back again.

Glendale had a 18-15 lead, before a kill from Rachel Wiley cut the deficit at one which forced the Vaqueros to take a timeout. Glendale hung on to win set two 25-22.

Down two sets, the Brahmas turned things around. The team took a six-point lead, and a kill from Catelyn Pulido put them back in the math, winning the third set 25-17.

In the fourth set, the Brahmas took the lead before the Vaqueros, like in the first two sets, turned the game around.

Wiley was proud of how the team came back to win the game.

“It feels amazing. We should have won the rest of the games that we played before, but this one we really just pulled it together and we really played as a team,” Wiley said.

In the fifth and final set, the Brahmas dominated and, even though the Vaqueros would cut the deficit to two points, the Brahmas won the set and the game 15-8.

Wiley believes the team’s mentality will make or break each game.

“I feel like if you go into it with a winning mentality you’re always going to win, like 90 percent of the time. If you support your teammates and you have this winning mentality, then things will happen your way,” Wiley said.

Pulido said she was happy with the team’s progress.

“Honestly this is the victory that we’ve been wishing for and I knew that we could have had especially early on from the beginning when we went against Santa Monica. Today we finally were able to just finish the game. We usually would start off slow and then finish the game, but then this game we actually started strong and we kept that momentum going, and I’m really proud of that,” Pulido said.

Pulido contributes their win to a change in attitude, practicing harder and communication.

“We worked harder during practices. Definitely we would get more comfortable telling each other what we need to fix on and help each other out whenever we’re down. That really helped us get comfortable and work together and be closer as a team,” Pulido said.

Women’s volleyball is on the road when they face Bakersfield College Friday at 6 p.m.