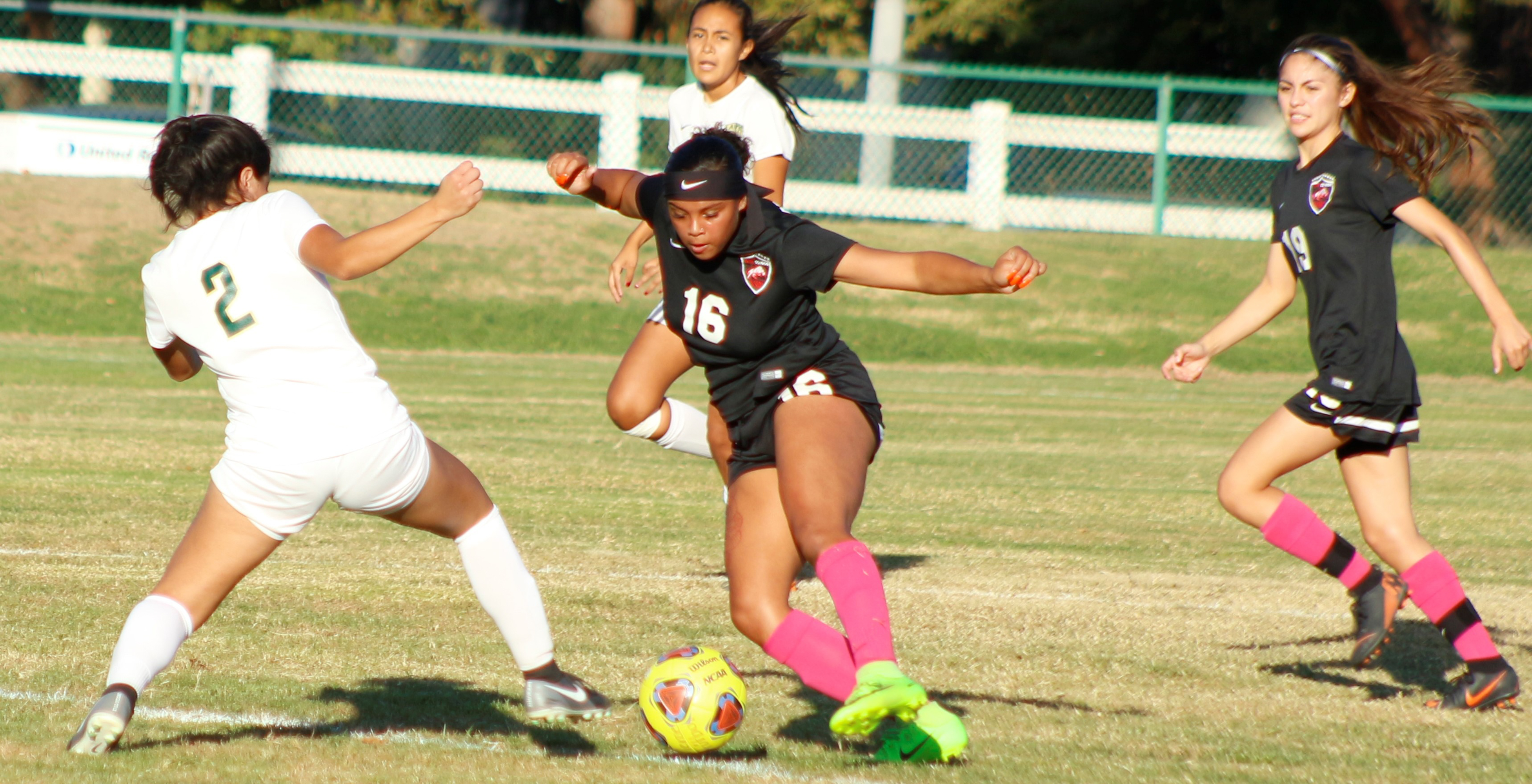 Despite the festivities of sophomore day and the last home game of the season, soccer came away with only a scoreless draw against the Los Angeles Valley College Monarchs, the first time the Brahmas have been shutout this season.

Pierce entered the game with an 11-4-2 record with only one loss in the last nine games. Prior to their match against LA Valley, the Brahmas had allowed only two goals and scored 23 points in the last five games.

Head coach Adolfo Perez said that he is more disappointed about the energy that they came out with than letting the win slip.

“With it being our last regular season home game and being sophomore day, you would think they would come out with a little bit more fight,” Perez said.

Sophomores Gisell Cruz, Adrianna Sosa, Jocelyn Ramos, Kerian Neal, and Diana Salonga were all recognized before the start of the game.

Salonga said she was a little emotional leading up to the game because she knew it could possibly be her last time playing at The Pit.

“It was really sad after two years of playing there, being on that field, practicing there every day and knowing it would be my last game there,” Salonga said. “It was bitter sweet, but it was really nice.”

From the opening kickoff the Monarchs were aggressive and physical, which did not surprise Perez.

Perez said it is due to their overall history and success as a team that LA Valley always comes out with such competitiveness.

“I think the fact that we have 11 conference championships and they have zero,” Perez said. “We get a lot of girls that are used to being the people that chase. Here they chase you. So it’s a different environment.”

The Brahmas had plenty of opportunities on goal, including a free kick by Cruz that was saved and the rebound by freshman Diana Millan was waved off because she was marked offside.

Perez gave the Monarchs credit for competing defensively, playing with a chip on their shoulder and making it hard for the Brahmas to score.

“They did a good job of being organized, super focused and playing extremely hard,” Perez said. “It was just about their desire and desire sometimes goes a long way.”

Jordyn Conlon, right midfielder, said that the pressure of the game messed with their mindset and caused them to miss routine shots on goal.

“Most of our shots were just not on frame which is something we literally practice all the time,” Conlon said. “I think we were just under a lot of pressure and it kind of got in our heads.”

Keyonna Hill, forward, is second in the state in goals scored. She said that the team was not focused, but that the physicality of the Monarchs did not phase her.

Perez believes The Pit is not fit for playing conditions and said it is not helping them, but hurting them.

“I don’t know what would have happened if we played at the stadium, but it could have been a different outcome,” Perez said.

The Brahmas next game will be on the road against a Santa Monica College team that handed them their only conference loss of the season.

Conlon said the team has to come out harder and with more confidence than they did last time against Santa Monica.

“I think if we come out confident and come out trying to score a goal in the first ten minutes, that’s the best thing we could do to kind of shut them down a little bit,” Conlon said.

Perez said that the conference title will be on the line and that the pressure is on them to execute.

The Brahmas will travel to Santa Monica Friday for a 3 p.m. game.