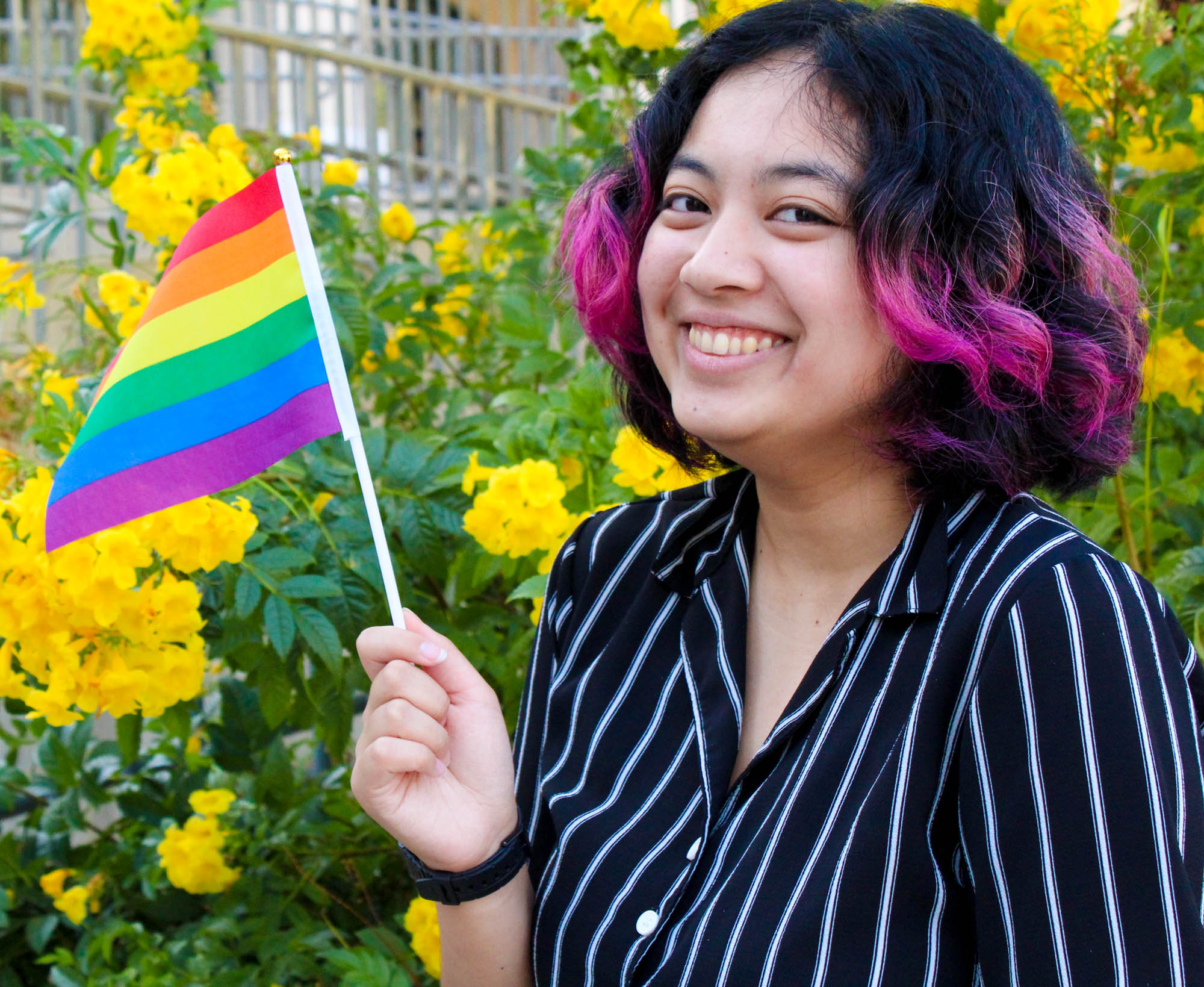 The world of superheroes isn’t just confined to the pages of a comic book.

To some, being a hero involves a secret identity and latex costumes, but to others it can be as simple as being the president of a club.

Nate Mendoza is the new president of the Queer Brahma Collective, a club which specializes in dealing with LGBTQIA issues, setting up events and donating clothes to closeted youth in need.

In order to describe their new position as President of the Queer Brahma Collective, Mendoza used a brief comparison to a well-known orphaned superhero.

“I’m like the Batman of the QBC,” Mendoza said. “But I don’t hate my family, and my parents are alive.”

Mendoza recently took the role as acting president of the group after the previous one retired. Before that point, Mendoza had been the vice president.

To describe the shift in power, they used another comparison to the Dark Knight.

“You know how Batman dies and Dick Grayson becomes Batman temporarily and then Batman gets revived?” Mendoza said. “Well I’m like Dick Grayson and Batman is still dead.”

The new position means more to Mendoza than comparisons to Batman, and they have shown their appreciation for not only being the leader, but also simply being a part of the group.

Oliver Guss, the vice president of the Queer Brahma Collective, believes that Mendoza’s communication skills and overall humbleness is a breath of fresh air.

Like many heads of office or caped crusaders, Mendoza has goals to that they believe will hopefully make a change for the LGBTQIA identifying students who are seemingly lost.

“I feel like a lot of the struggles I had with my identity was feeling like I was alone, isolated, and not wanting to do things because I felt like I couldn’t be accepted for who I am,” Mendoza said.

“My goal is for students to not feel like that anymore, and that they know there is a place for them to go and things for them to do and resources for them to access. I want to make sure that it’s easier for them than it was for me.”

Dale Powell, a former student at Pierce, believes the club provides a place of reinforcement for those who are currently feeling persecuted, but might not be visited by those who are more open.

Behind the position of power that they sit behind, Mendoza is very much a person like anyone else on campus, with an identity based on actions and past experiences that makes them wholly unique.

“I don’t really define myself by interests or anything. I’m me because I exemplify the characteristics I want to be as a person, outside of things like how I dress or what I like or what I eat,” Mendoza said.

Mendoza is a person that seeks to help those in need of finding themselves or for a place they can call home, and will offer a hand to just about anyone who needs it. The only thing that seems to trouble them is choosing between Marvel or DC Comics.

“If you’d ask me about Marvel and DC, I’d say go to indies because it’s like picking between Democrats and Republicans,” Mendoza said. “You’re never gonna be satisfied.”