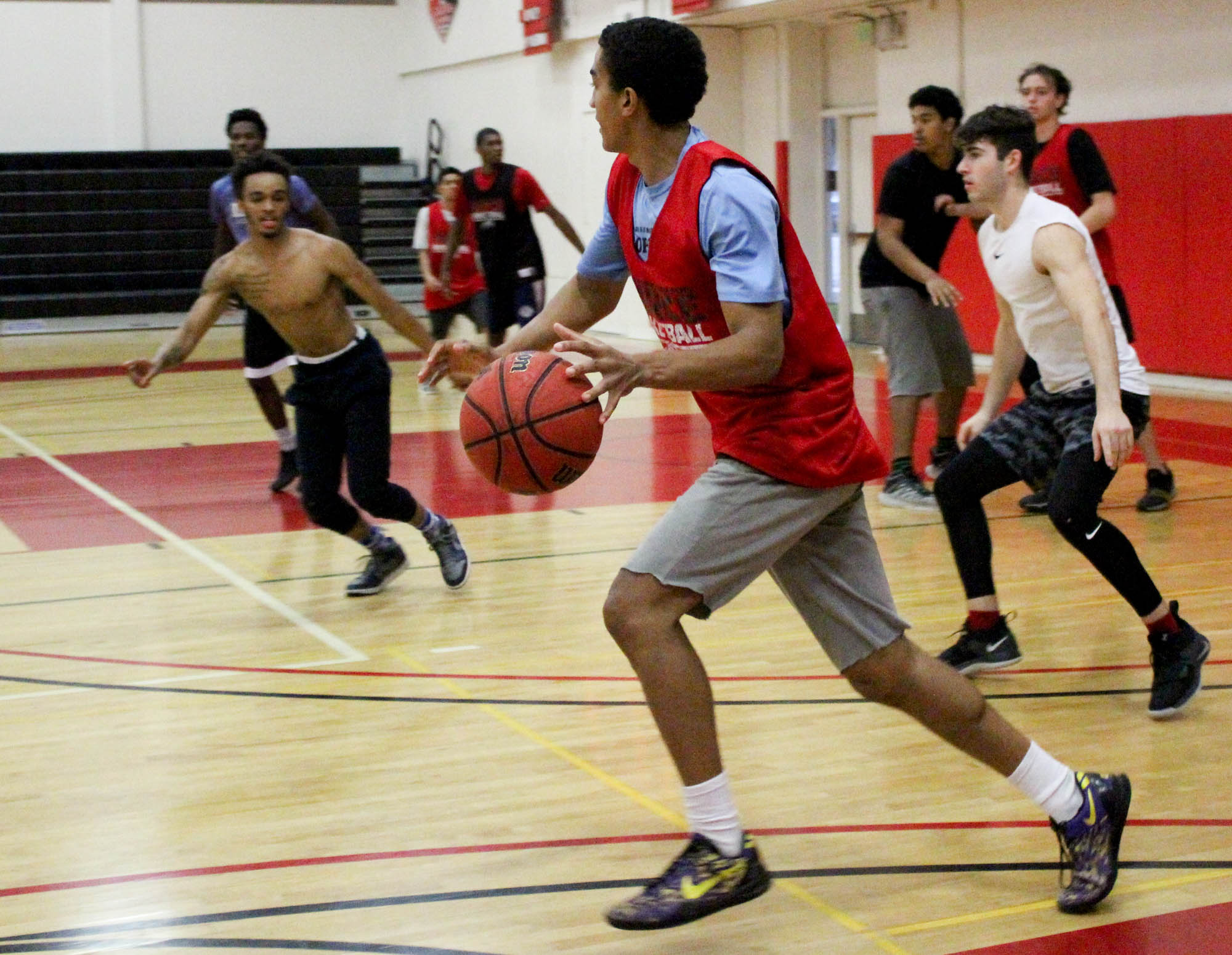 The 2018 men’s basketball season is nearly upon us, and the Brahmas prepare with new objectives in mind.

It will be their first year under head coach Casey Weitzel, who previously coached at Division II school Azusa Pacific University.

“We’re kind of at that hard part of the season because we practiced for so long and we haven’t gotten to play any other teams so everybody’s a little bit, uh, tired of each other. They’re ready to go play someone else,” Weitzel said.

The Brahmas finished last season with an overall record of 10-16, while finishing 5-3 in conference play.

Weitzel said he shares a similar coaching philosophy as Pete Carroll, the head coach for the Seattle Seahawks. He is optimistic on the upcoming season.

“I always think something great is gonna happen. We could be down 40, and I think we’re going to turn it around, and there’s only a minute left. Obviously that’s impossible, but that’s my mindset. I always think we can,” Weitzel said.

Associate head coach Charles White was the interim head coach for the past two seasons. White feels he works well with Weitzel, which is vital to the team.

According to White, the summer conditioning class significantly helped the players.

“The guys got to work on shots, play games, get ready for the new coach as well,” White said. “[Weitzel] was able to sit in on it and watch some of the guys, so that helped a lot.”

Assistant coach Bruce English came to Pierce because of Weitzel. Weitzel coached English at Azusa Pacific University and they formed a good relationship. He has been focused on keeping the athletes in check academically.

“Keeping them focused in the classroom is probably the most important thing that we’re doing right now,” English said.

English said the team is all on the same page.

“We’re all trying to achieve that one goal. The outcome, regardless of what it is, is going to be beneficial,” English said.

Weitzel has similar feelings about the team’s cohesiveness. Weitzel said it is rare for college teams to get along so well.

“They might not hang out all the time outside of basketball in school, but when they’re here, they have fun with each other. They enjoy competing against each other and when they walk off the floor they’re all kind of buddies. Sometimes people will harbor that competitiveness after the practice and that can become toxic and we haven’t had any of that. So I’ve been really pleased with them,” Weitzel said.

Anthony McIntyre said the new coach has prepared them well.

We practice every day. We have weight room three days a week. I feel like our new coach has been preparing us pretty well as well as our assistants. We compete every day in practice,” McIntyre said.

“We [have] mainly been focusing on how to execute and run our plays and, overall, our athleticism, and focusing on trying to pay more attention to how to read and react,” Atiehsefat said.

The Brahmas will tip off their season on Tuesday, Nov. 13 at Glendale Community College. Game is scheduled to start at 5 p.m.