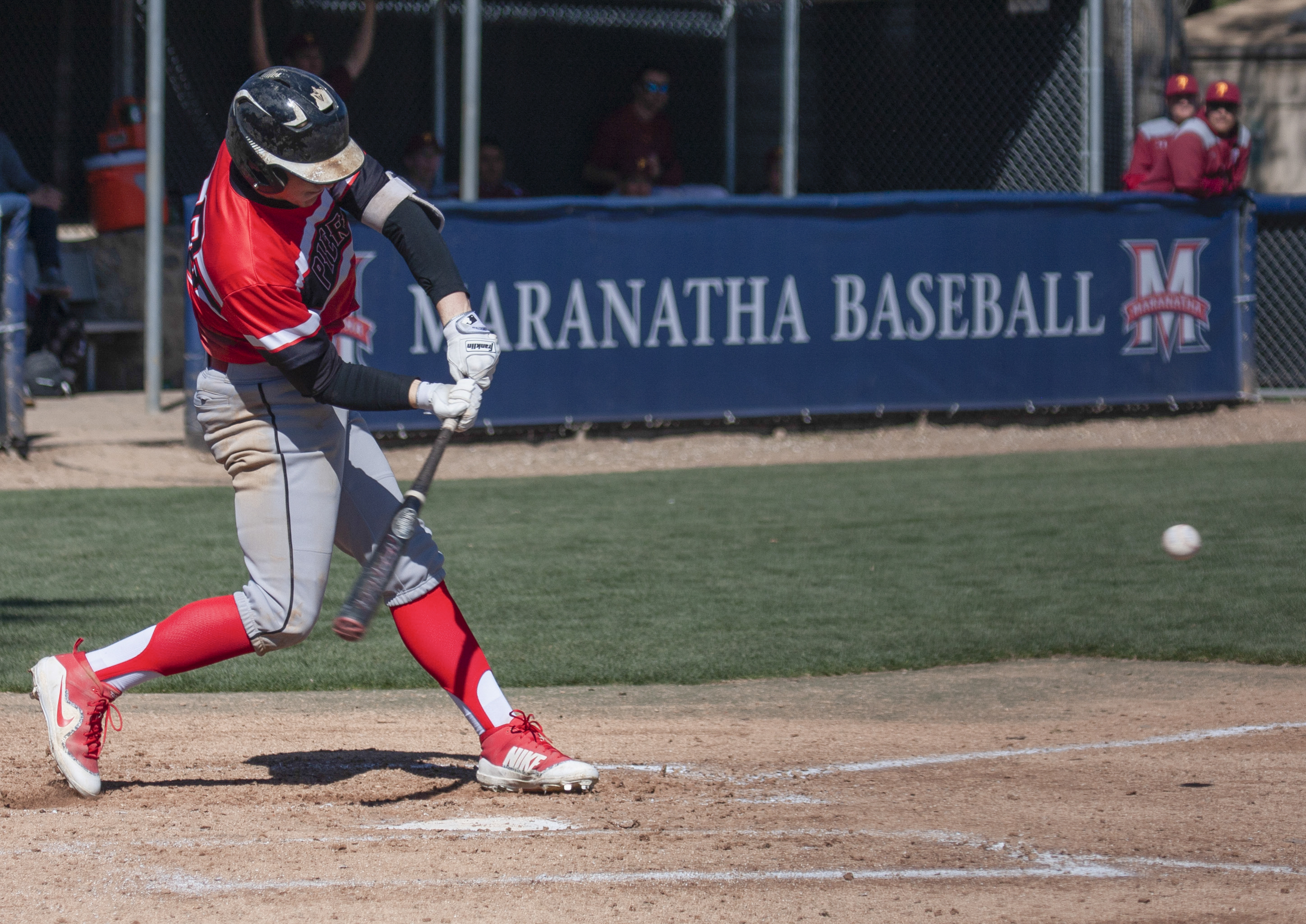 Baseball’s recent slide continued Saturday, losing to the Pasadena City College Lancers 11-1. The loss is the fourth in a row for Pierce.

Offensively, the Brahmas struggled to find a rhythm and cash in on the opportunities presented, stranding six men on base.

“We need to keep the same approach,” head coach Bill Picketts said. “We’re just struggling with the situational hitting. A couple times we had second and third and we just aren’t taking good at-bats, and we haven’t done much of that the whole season.”

Despite the inability to score, Picketts felt the bats were livelier than previous games.

“We took some good swings,” Picketts said. “We’re working on something specifically with the guys as far as their approach to hitting, their mechanics, and I’m seeing them apply it during the game which is huge. As much as I’m not happy about the outcome, I am happy with the process. The offense is getting better.”

Dirk Ryan and Brandon Lavallee each had two hits on the day. Lavallee reached base on all three of his at bats, starting with a drag bunt in the second inning.

“I saw the third baseman playing back, he was almost on the outfield grass,” Lavallee said. “If I could just get it down, get it fair, it didn’t even have to be a perfect bunt, I knew and trusted my speed in order to get on first.”

Picketts said Lavallee had been struggling at the plate.

“I was actually proud to see him do that because a lot of guys when they’re frustrated offensively try and do too much,” Picketts said.

The Brahmas’ lone run came in the sixth inning. Center fielder Diego Harris led off with a triple to deep left field, and scored on a balk from Lancers’ pitcher Patrick Peña.

Starting on the mound for the Brahmas was Johnathan Kennedy, his first start of the season. The Brahmas lost two starters early in the season, and that has left Picketts trying to fill the holes.

“I’m trying to find another couple of guys, and he’s kind of the logical choice,” Picketts said.

“I’m ok with it if we can build from there, because he’s going to end up being one of the guys,” Picketts said.

Kennedy was able to work out of trouble twice in the first inning. With runners on first and third and no outs, Kennedy got a ground ball double play that let one run in.

After an error, steal and wild pitch the Lancers had a runner on third again, but Kennedy forced another ground ball to get out of the inning.

“My approach for this game was honestly to trust my defense, which I think I tried to do but they just found holes,” Kennedy said. “Throw strikes, keep a low pitch count so I can go pretty far.”

The Lancers seemed to have an unorthodox approach at the plate, trying to go the opposite way on most pitches.

“It’s obvious that that’s something that they really work on, that right centerfield approach for the right handers and it pays off,” Picketts said. “It’s difficult to get them out.”

The loss gives the Brahmas a record of 4-7 heading into conference play.

Lavallee is scheduled to start on the mound for the Brahmas.

According to Lavallee, his preparation is different depending on if he’s in the field or on the mound.

After the Mission game, Pierce will go on the road on Thursday, Feb.28 when they face LA Valley College. First pitch is at 2 p.m.