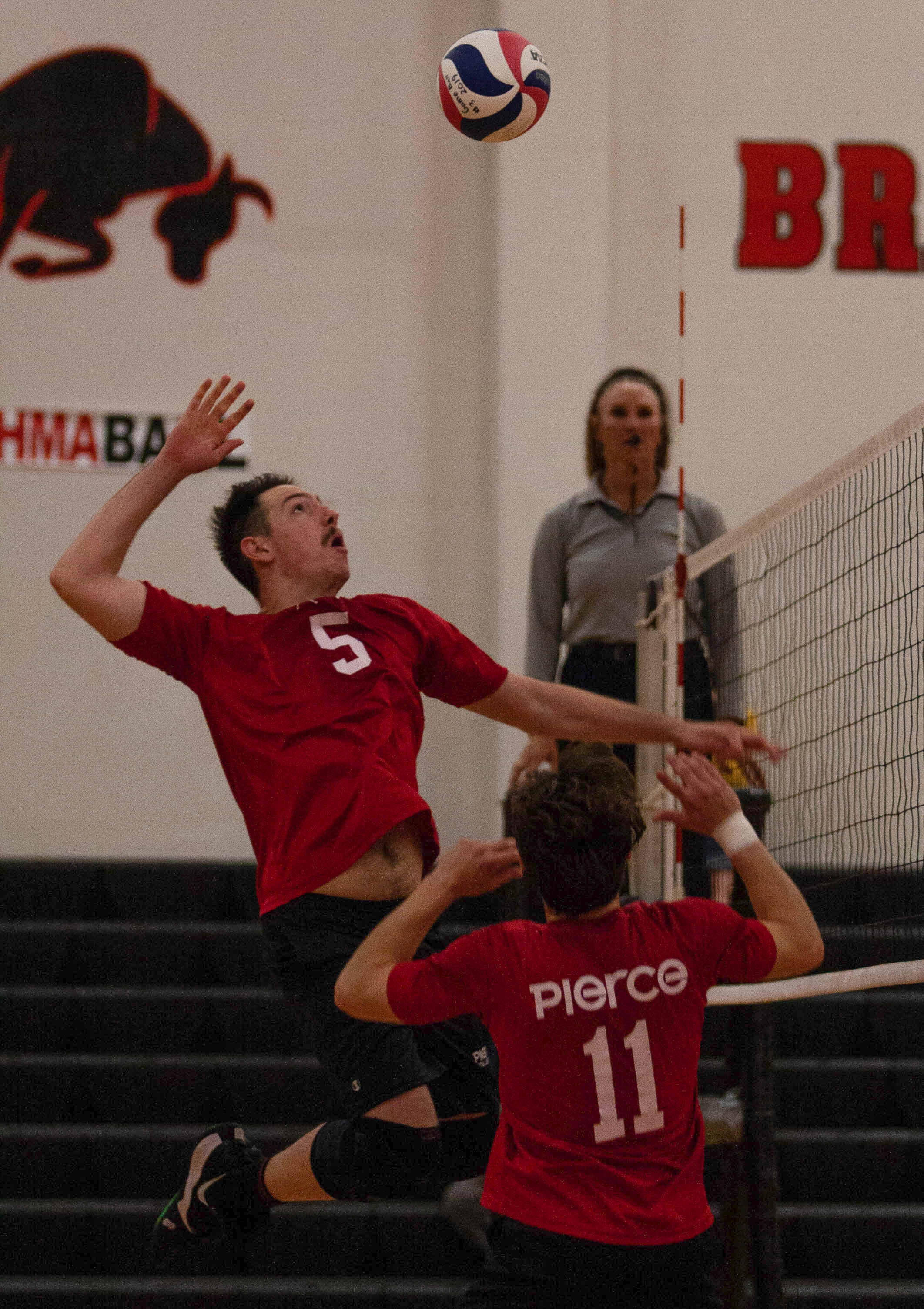 After finishing 1-2 in preseason, men’s volleyball began their journey in conference with games against the Long Beach City College Vikings and the Antelope Valley College Mauraders.

Coach Joe Arechiga said that dropping the first set was a wake-up call to them.

“The team had a change of attitude. We changed the lineup a lot. We had a quick huddle up and we said this is not how we play volleyball. This is how we practice,” Arechiga said.

For the game against the AVC, the team returned to winning ways snapping a two-game losing streak.

Arechiga said he liked the mentality the Brahmas showed against the Mauraders.

“It was a confidence booster for everyone on the team which was amazing. We just needed another opportunity to grow as a unit,” Arechiga said. “Our preseason was cut short, but we’re finally getting back in the swing of things.”

Arechiga said they are taking things one step at a time.

“We see great potential in the team. All of us are trying to focus on the important stuff. I am excited in the things the team can accomplish so we will work hard every single day and just taking it straight forward,” Arechiga said.

Two players that had great games against AVC were Wyatt Bates and Brett Norkus.

Norkus said that returning to the winning column was a turning point for the team.

“Getting that win Friday came at a right time for us. After that Long Beach game, our moral was low so beating AVC helped things,” Norkus said.

Bates said that if the Brahmas play more as a team they are unstoppable.

Norkus led the Brahmas with 16 kills, followed by Bates with 14.

Norkus said he is looking forward to playing Santa Barbara.

“They are a team that we need to look out for. We need to fight and contend against the Vaqueros if we want to pull something off,” Norkus said.

Head coach Edison Zhou said that they needed to work on their blocking against the Vikings.

“We were late at certain times during the game. That is something we have to improve in the upcoming games which will not be easy,” Zhou said.

In the Vikings game, led the Brahmas with kills.

Setter Gene Kim had to sit out both games due to he didn’t have enough units to compete.

Zhou said he should be cleared in time to face the Santa Barbara City College Vaqueros.

The Vaqueros are 4-2 and come from beating Santa Monica College in straight sets.

The Brahmas are on the road against SBCC Wednesday, before hosting GWC Friday at 6 p.m.