A One-Up for 8-bit reality 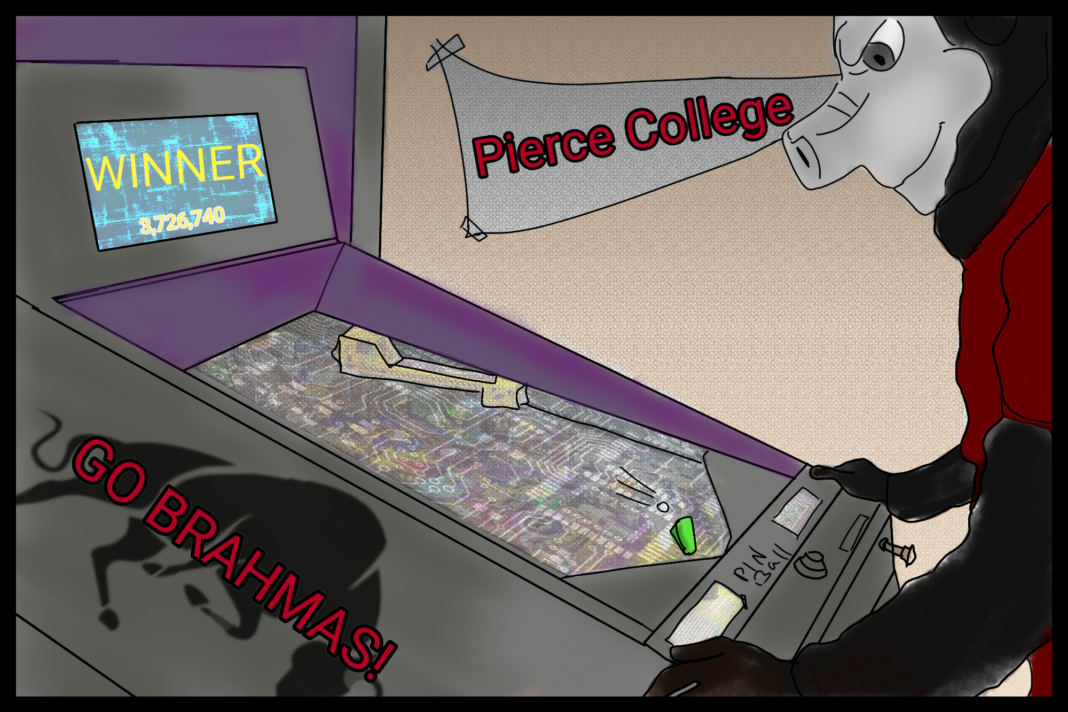 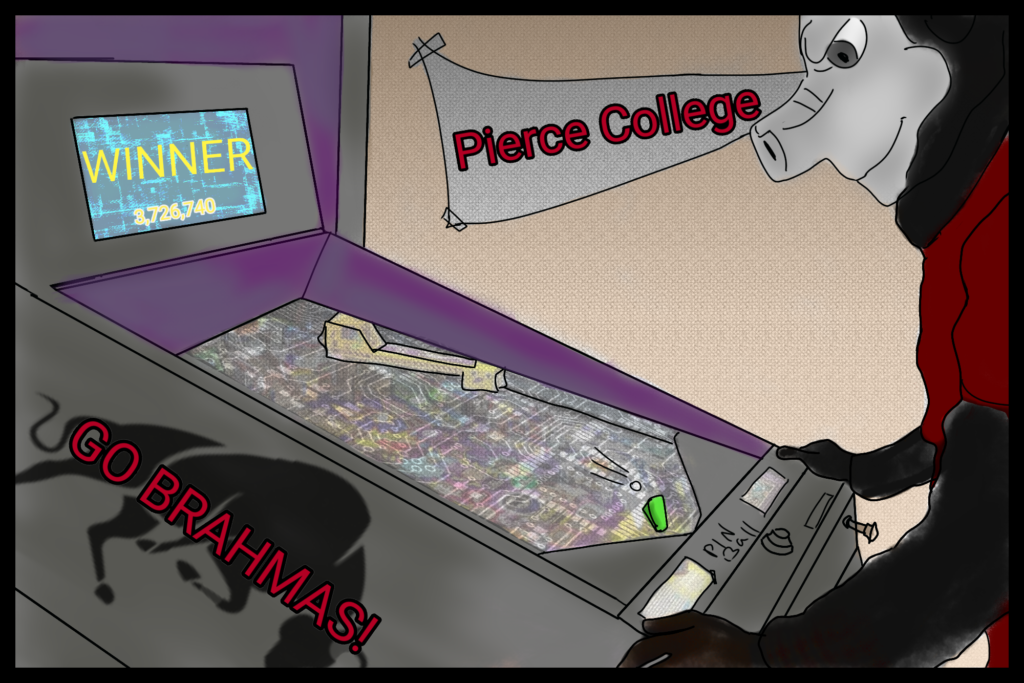 There is much in the way of academic activities at Pierce, ranging from the theater performances to the numerous sporting events that happen weekly  but if students want to blow off some steam quickly on campus between classes, Pierce College is lacking.

This problem can be amended with the introduction of a few arcade cabinets that will not only allow students to destress in a short amount of time, but also rake in a profit for the campus as well.

The idea of installing arcade machines and other gaming devices in buildings other than dedicated arcades to make an extra profit is not new, and has been used by movie theaters and bars for years.

However, college campuses across the LACCD area have also started to adopt these machines and place them on school ground, such as Los Angeles Mission College, which offers classics including Marvel vs Capcom 2 and numerous Neo-Geo games like Metal Slug.

California State University Northridge has set up a dedicated game room. Instead of students paying with quarters to play singular arcade units, a “$3/hour per person” fee is charged to students using the campus’ consoles. The CSUN website states that the room itself is for those who “Need affordable entertainment.”

Aside from entertainment, these centers may also be beneficial to the students mental health. According to a study on violent video game done by Dr. Christopher J. Ferguson, an associate professor at Texas A&M International University, “games reduce depression and hostile feelings in players through mood management,” Dr. Ferguson explained

Pierce College is absent of these sorts entertainment centers, even though there is a potential profit to be made from making a dedicated recreational gaming room with a usage fee, or putting up a few arcade machines in highly populated areas such as the cafeteria or the Student Store.

Of the proposed plans, the former might take the most preparation to get set up but make up the expendatcher back faster. Consoles, especially ones that have been previously used, only cost a few hundred dollars on online retailers such as Amazon or Ebay, with games generally costing anywhere between 15 to 60 dollars depending on numerous factors such as use, age and condition.

Setting up a few PS4s and/or Xbox Ones in a singular room would generally be inexpensive as opposed to acquiring an arcade machine, but similar methods as CSUN would need to be put into place to get a profit from their usage.

This setup also requires for there to be a singular room that could be fitted into a recreational center for students to use frequently. If not, then this setup would be slightly more difficult to maintain than setting up a few arcade machines like Mission.

By setting up entertainment centers like these,the money acquired can go to funding a wide variety of college related material, such as campus events, infrastructure and other such projects.

While setting up arcade machines or a recreational room might seem arduous at first glance, there is definitely some profit to be made in that field, as well as offering students an outlet for their frustrations, making the venture a win-win for both students and faculty.

The Roundup News
The Roundup is the student-run news outlet at Pierce College in Woodland Hills, Calif.
Previous articleWarriors come out victorious
Next articleFrom pool lanes to runways

Mickey Harrison and the Fantastic World of Graphic Fiction

As a teenager, he was the basketball coach at Valley Plaza Park. The parents of the children who played in the park were not...
Read more
News

The Pierce College Counseling Center has established a virtual platform making it more convenient for students to get help. Express Counseling is the latest addition...
Read more
News

D'arcy Corwin sets up several containers of food on the side of the Los Angeles Pierce College roundabout on Brahma Drive on a Thursday...
Read more
Featured Stories

What does a children's dance studio, a comic book store and a smoke shop have in common?  They have all been forced to adopt different...
Read more
- Advertisement -

No sports for LACCD

After deciding to opt-out of early spring competition, Pierce College and all Los Angeles Community College District schools have decided to not compete in...
Read more
Featured Stories

After nearly a year since the first known case of COVID-19, testing still is not easy for everyone to access for free.  Even though Los...
Read more
MORE STORIES

Mickey Harrison and the Fantastic World of Graphic Fiction