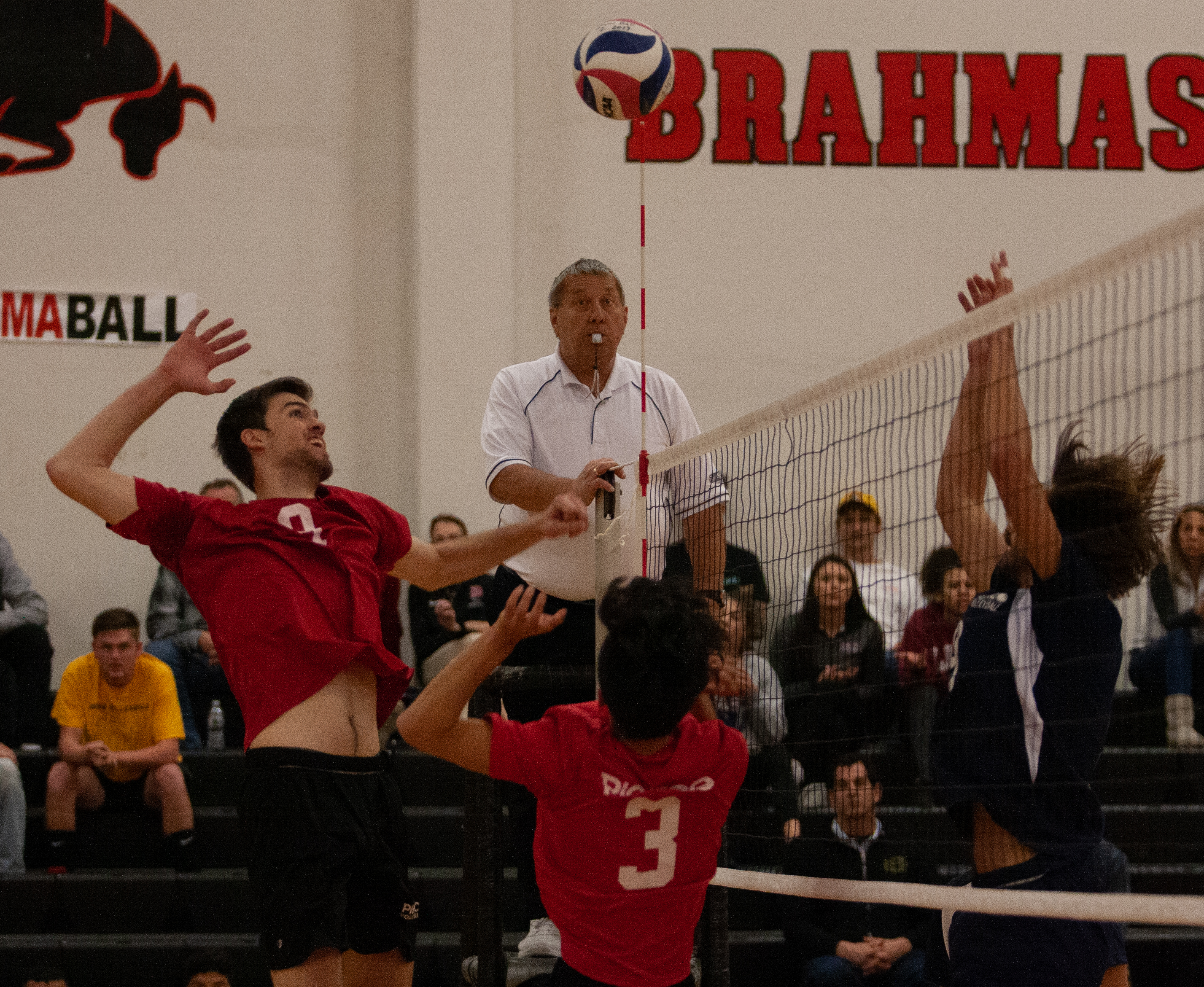 The champions were defeated by El Camino College in Friday’s conference game at Ken Stanley Court.

Coach Joe Arechiga felt that they got in their own heads.

“So we got stuck in certain rotations, and then that caused a lack of confidence. So we went from winning the first set, but once we got stuck in those rotations we started doubting ourselves and that’s where it where it went downhill,” Arechiga said.

The game was back-and-forth, both teams giving their all for the ball. The scores did not reflect the effort of the Brahmas and their ability to keep up and perform.

Arechiga felt that they were prepared but not fully confident in executing in their formula. The other teams had something that just stuck.

“They pretty much did everything that we thought they were going to do, everything we battle planned for. The only difference is that they kept going with what worked for them, and we strayed away from what we had planned,” Arechiga said.

them in their tracks.

“They definitely started setting their opposite a lot more often, he was their weapon,

they really put everything towards him and that really started hurting us,” Norkus said.

Michael Prodan, middle hitter of the Brahmas, is optimistic about the next game.

“We already talked about it today, we have two more days of practice until we face Moorpark and we had contributions from people who never speak up. I feel like we all have something we want to work on individually and as a team. We are going to bounce back with a lot of energy and play hard and bring it to Moorpark,” Prodan said.

A key player in today’s match was Daniel Grogan, outside hitter.

Arechiga said Grogan made sure the ball was always in play to help the team get back into the fray.

“Daniel stepped up big tonight, he did a great job hitting with a high percentage tonight, just kept the ball in and battled all day,” Arechiga said.

Arechiga said Gene Kim had great composure throughout the game allowed some solid plays that kept the team in action.

“Gene really stepped up and ran the offense today for us and took control as the leader,” Arechiga said.

With the loss, Pierce drops to 3-6 in the season and 1-4 in conference play.

The Brahmas are back on the court against Moorpark College Wednesday at 6 p.m.