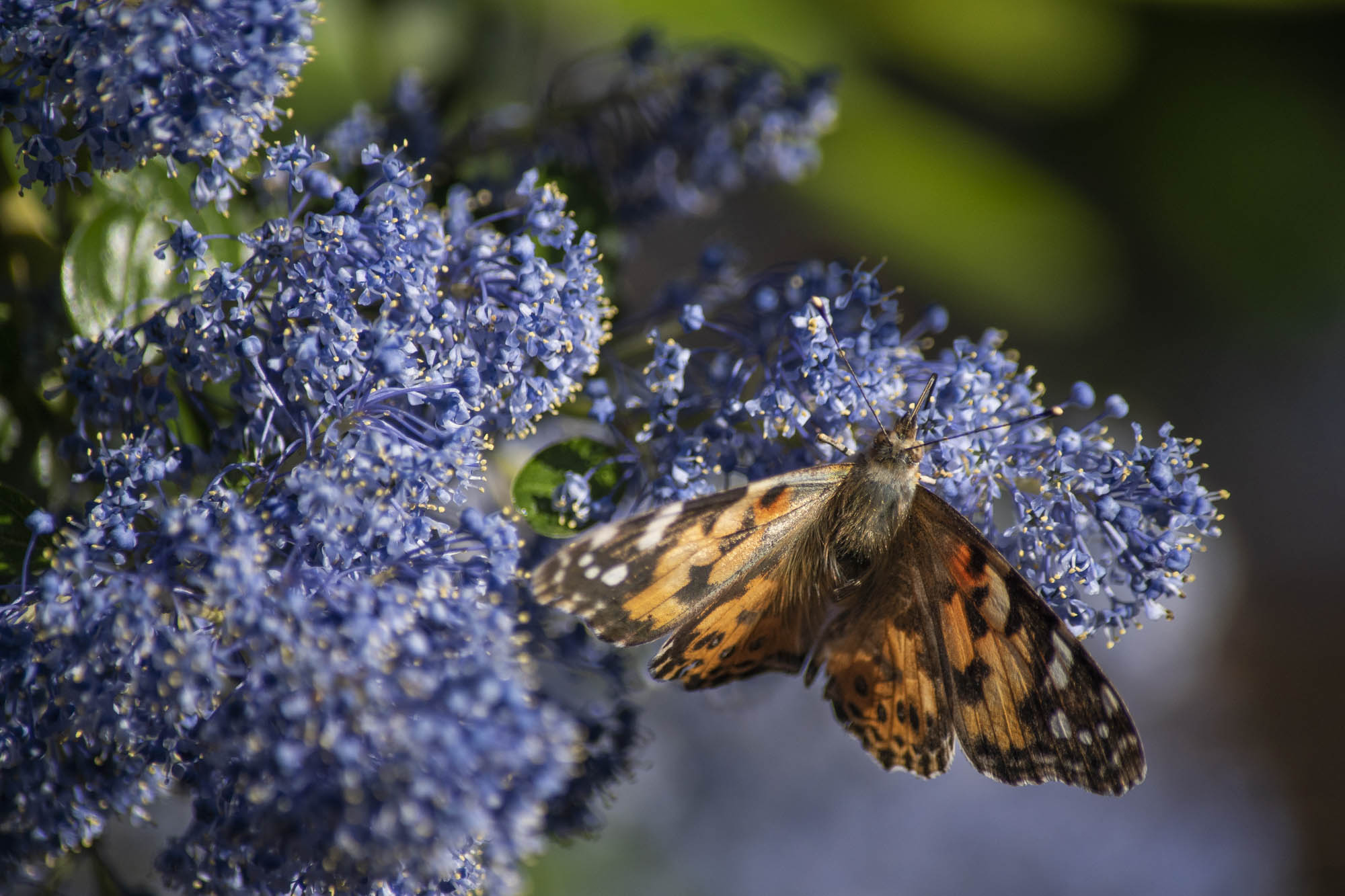 Winter rain not only brought an abundance of flowers, but also a kaleidoscope of fluttering wings in a colorful flight show.

Painted ladies, otherwise known as the Cosmopolitan in North America, migrate annually from Southern California to the Pacific Northwest. While this migration happens every year, people are noticing it more than usual because of the abnormally large number of butterflies that there have been this year.

According to Biology Professor Shannon DeVaney, the butterfly migration is a natural response to the unusually large amount of rain the west coast received this season.

“We see these sorts of things after we’ve had some drought and then a big rain, then we really get these explosions of plants which then, in turn, is the food for the butterflies,” DeVaney said. “I’ve heard estimates and the estimates range from millions to close to a billion of these butterflies.”

These little insects are making a big commotion on campus, getting noticed by not only students but administration as well.

“The number of painted ladies has grown exponentially due to the heavy rain and the booming growth of herbaceous plants like cheese weed and hollyhock,” Interim President Larry Buckley said. “I thought it was a beautiful respite from everyday life.”

These butterflies, while tiny, can cover a lot of ground in a short amount of time. During their migration they can cover about 100 miles per day, according to an article by ThoughtCo.

And DeVaney said this particular breed of butterfly seen all over Los Angeles can be recognized by their unusual flight speed.

“They are a little smaller than the monarch butterfly and they’re pretty fast flyers. They can fly about 20 miles an hour,” DeVaney said.

DeVaney explained that the butterfly migration may have already reached its peak.

“It seems to be sort of waning now,” DeVaney said. “I’m personally seeing a little bit fewer of them now. It’s been at least a week that I’ve been seeing these large numbers, but it might be sort of slowing down.”

While Buckley lived in the Northern California Sierra Mountains, he recalls witnessing the migration.

“They start here and fly up there slowly and that’s a couple hundred miles away from here, but there are just so many of them,” Buckley said. “I will say that they are bigger by the time they get up there. So even as they’re flying, they’re growing.”