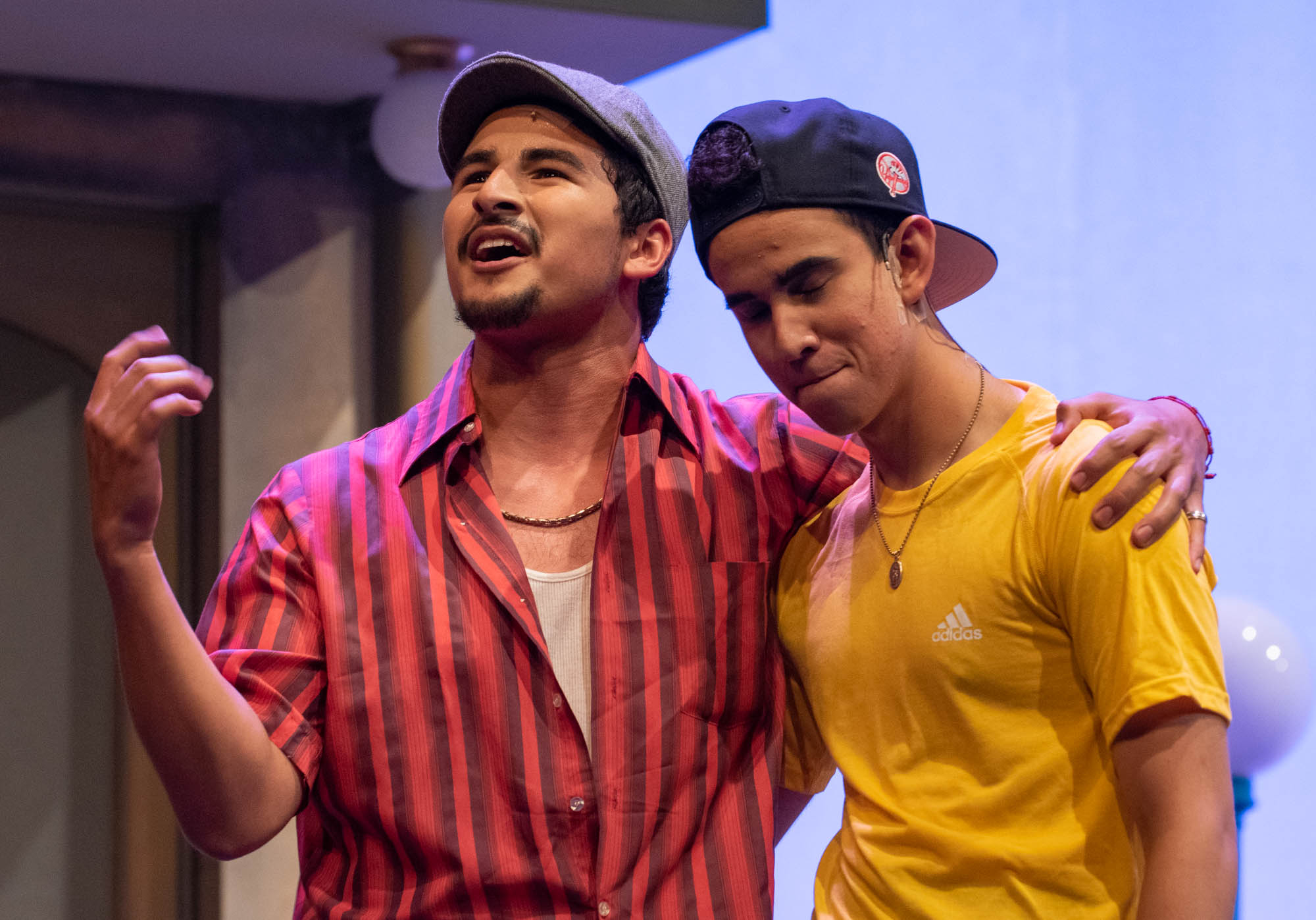 Of all the reasons to do the Tony Award-winning “In the Heights,” the most important is how the actors and Pierce College students can relate to the characters and their stories.

Written by “Hamilton’s” Lin-Manuel Miranda, it tells the story of hopeful immigrants living in New York’s Washington Heights. While the characters struggle to find a way to leave and live life outside the neighborhood, as the story progresses they realize that they’ve been home all along.

The show opens April 26 and runs through May 5 at the Performing Arts Building Mainstage with a split cast.

Director Shaheen Vaaz said that although the production of the play has been more difficult because of the added combination of singing, dancing and acting, she thinks the story is what makes it worth it.

“I think this is a tough one,” Vaaz said. “It’s also feels easy in some ways because I think it’s a really authentic story. I’m an immigrant and it’s very much our story. I think the cast, all of us, we just get it. We get it. We lived it on some level.”

Vaaz said that this play as a whole feels personal to her own story of growing up.

“I lived in Manhattan. I went to grad school at Columbia so I was in the area and I was an actor pounding the pavement in Manhattan for many years,” Vaaz said. “I love that flavor of New York that you get in it. I’m also an immigrant so I understand this like search for home.

With musical numbers in both Spanish and English and genres ranging from hip-hop to salsa, Theater Manager Michael Sande said there’s a lot of variety to the play.

“It’s just a very ethnically diverse cast and it’s important to us to have roles considering the very ethnically diverse student body we have here,” Sande said. “In our own department we have a lot of Latina students but there are also people of different ethnicities in this. We have a couple of African-Americans in the play, there’s some Filipinos. Its message is universal.

Instructor of Theater Brian Moe said that the actors had to come into the auditions prepared for the roles they’d have to take on.

“From that we ascertained who has the ability to kind of keep up with my vision of what I want the characters to do in the show and also their abilities to sing and act and everything else on top of that because something wonderful about musicals theaters is that you have to do all three,” Moe said. “So from there we kind of just created a choreography that’s going to be challenging for them but at the same time they’ll be able to make it look good.”

However, Vaaz said that because there were so many students who were talented for the roles that they decided to do the production differently.

“It was almost too difficult to cast because we had so much talent,” Vaaz said. “We have a double cast because we did not want to turn the talent away. So we have two Usnavis, two Ninas, two Bennys, two Vanessas, two Carlas, two Camillas, six roles double cast.”

Alex Balderas, who plays the lead character Usnavi, said he thinks he made the right choice when he tried out for the role, on the recommendation of Vaaz.

“She recommended that I audition for the role, that I seemed fit and perfect for the role.” Balderas said. “I read the script and I was very familiar with the character, and I just loved the story and the concept, the culture and the color and the show.”

Asia Herbison, who plays Carla, shared one of her favorite parts of the play.

“I think maybe ‘Carnaval,’ I think that’s my favorite scene,” Herbison said. “It’s got a great message about home and your flag and what it represents, and your heart. Your home is where your heart is.”

Vaaz, on the other hand, said she wants to keep her favorite moment a secret.

Vaaz said she hopes that everyone comes to see their production of the play.

“It’s for our student body, so we’re reaching out to our Spanish department, to our Chicano Studies department, to English, to everyone we can reach to send their kids to see this show because they will get it and they will love it,” she said.