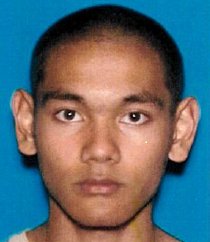 Public Relations Manager Doreen Clay said that school records indicate that a student by the name of Mark S. Domingo took classes at Pierce College from summer 2013 through spring 2014, according to a Press-Telegram article.

Domingo was a former U.S. Army infantryman with combat experience in Afghanistan from November 2011 to February 2013, the Press-Telegram reported.

Domingo was charged with purchasing and attempting to provide material support to terrorists, stated in a criminal complaint filed Saturday by federal prosecutors and unsealed on Sunday.

Since early March, Domingo “planned and took steps to manufacture and use a weapon of mass destruction in order to commit mass murder,” according to a 30-page affidavit in support of the complaint.

“This investigation successfully disrupted a very real threat posed by a trained combat soldier who repeatedly stated he wanted to cause the maximum number of casualties,” Hanna said. “Protecting Americans from terror attacks is the number one priority of the Justice Department, and anyone who plots to use a weapon of mass destruction will be held to account.”

Domingo considered targeting Jewish communities, churches and police officers, as well as doing a drive-by shooting with a modified AK-47-style rifle he owned, but ultimately decided to detonate an IED at a suspected white nationalist rally at Bluff Park in Long Beach.

The affidavit states Domingo purchased several hundred nails to be used as shrapnel inside the IED last week.

“Domingo said he specifically bought three-inch nails because they would be long enough to penetrate the human body and puncture internal organs,” according to the affidavit.