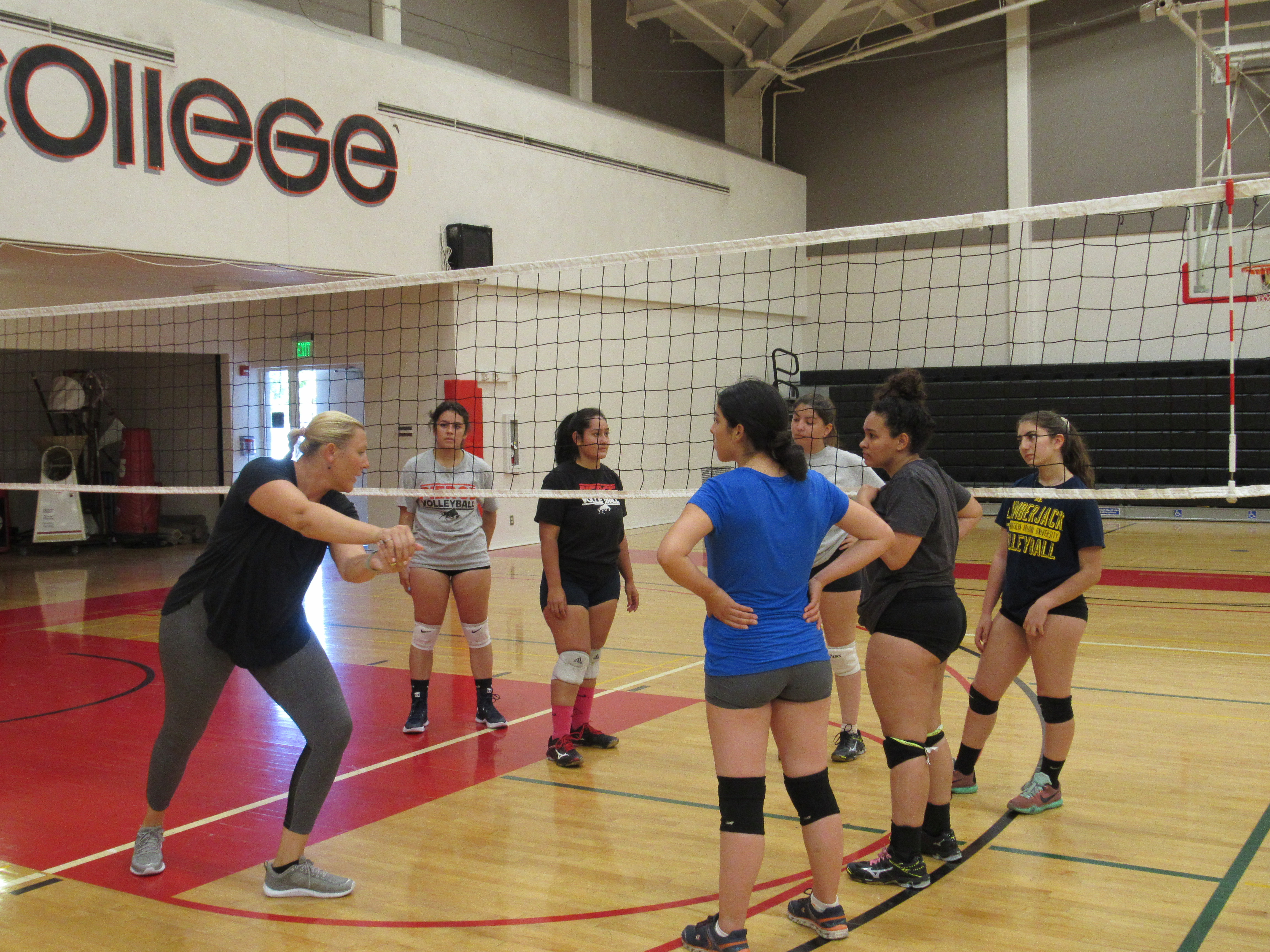 After a transition season which involved a new coaching staff and players, women’s volleyball prep this year looking to show signs of improvement.

The Brahmas ended with an overall record of 1-12 and finishing last in the conference standings at 1-7, the new season looks very promising.

Head Coach Edison Zhou is pleased with the team being a lot better than last year and said they have been working very hard.

Zhou spoke very highly of his newcomers and the competitive mindset from the start.

“I’m looking forward to the championship. I think the newcomers are good and have a lot of potential. Some of the players have played 3 or 4 years,’’ Zhou said.

Assistant Coach Meaghan Wheeler said they have talent to choose from.

Despite the team consisting mostly of newcomers, there are a few returners that will be crucial to the Pierce’s success.

Women’s volleyball setter Davina Meza is one of just a few returning players this season and she will lead the Brahmas as the team captain along with outside hitter Catelynn Pulido.

“Davina and Catelynn seem very mature and they know what they’re talking about,’’ Wheeler said.

Meza said she has gained knowledge from listening to Zhou.

“Coach teaches us a lot and we just try to work hard every day,’’ Meza said.

Meza said in order to achieve a promising season, the Brahmas will have to go through many tough opponents.

‘’Moorpark will be the most challenging team this season for Pierce. They were pretty good last season,’’ Meza said.

Wheeler said Moorpark have a lot of club players.

Outside hitter Phoebe Bloch-Mandel who spent the last 4 years playing for North Hollywood is one of the new faces on the team.

“Everybody is super supportive and nice. It’s nothing like high school,’’ Bloch-Mandel said.

Bloch-Mandel said the reason the team is well-knit, is because some of the girls have played against each other in High School.

“It was easy to come in and that just helps with building,’’ Bloch-Mandel said.

Zhou wants his players to learn how to play at least two positions.

Zhou said team unity is the key to success and without it, a team would be unable to function efficiently.

‘’Team comes first and If you don’t have a team, you have nothing,’’ Zhou said.

Among other technical factors, the team focuses on serving and serve receive during practices this season.

According to Wheeler, players are making a lot of progress. Wheeler is excited to see what players bring to the team once they start competing.

‘’They are very hardworking, and they have really good attitudes,’’ Wheeler said.