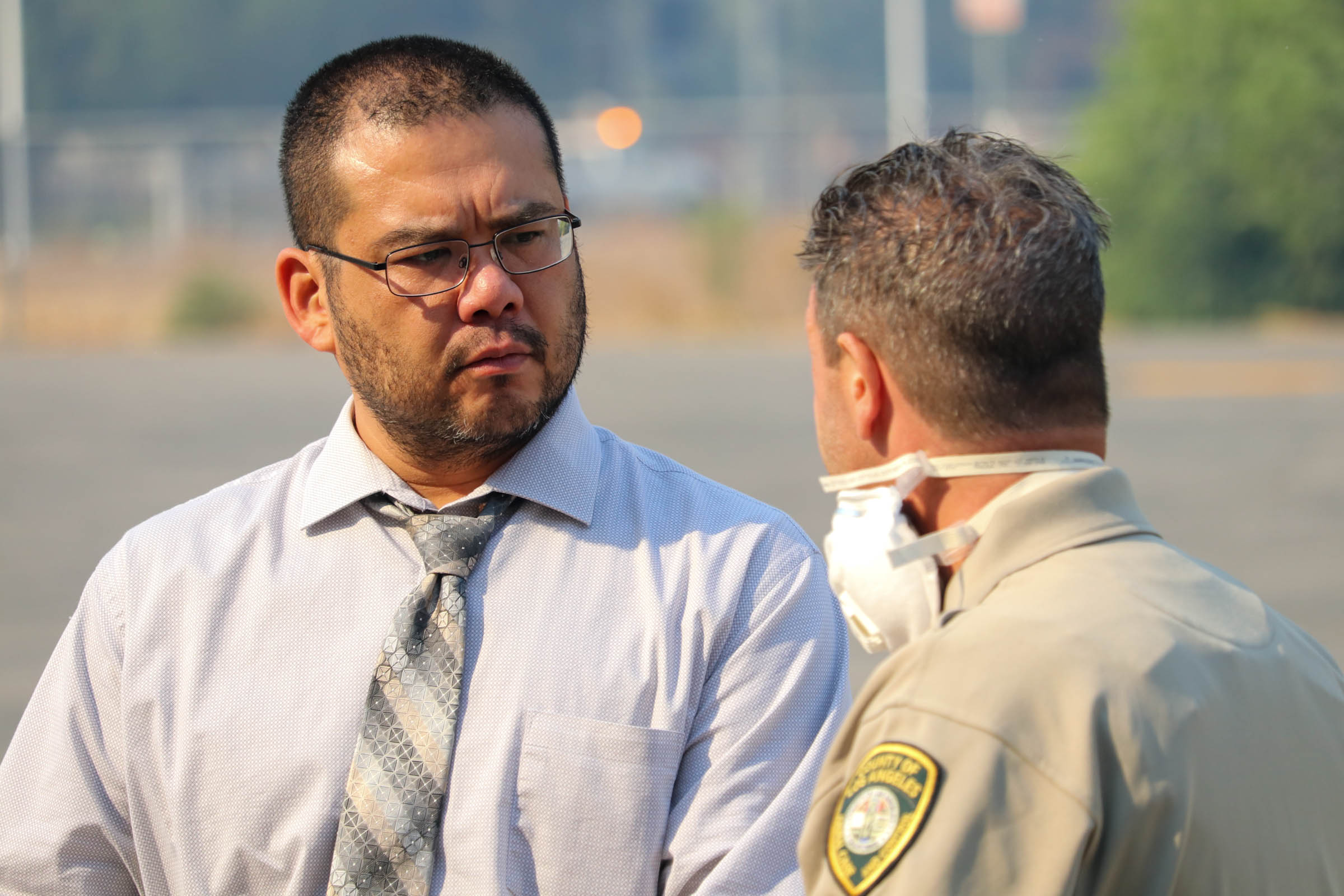 The Saddle Ridge Fire has resulted in Pierce College being closed on Oct. 11, until the fire is contained and the air quality improves.

The brush fire has initiated mandatory evacuations to take place and the campus has opened its gates for large animals to seek shelter.

The college has taken in approximately 80 horses and more are on the way. Mainly large animals have been transported so far to the campus under the direction of the Los Angeles County Dept. of Animal Care and Control.

“We are working with Shawnee animal control officers and Pierce College Farm staff to facilitate and we will most likely be full before the end of today,” Sakapjian said. “So, we’re looking at probably around 150 animals, give or take.”

The fire began in Sylmar by the 210 Freeway Thursday night and is pushing west near Porter Ranch and Grenada Hills, threatening thousands of homes in the vicinity.

By Friday morning, the fire had charred more than 4,700 acres and damaged 25 structures. It is 0% contained, according to the Los Angeles Times.

Sakapjian said the animals started arriving around 5 a.m. and the facility was open around 11:30 to prepare for them.

“The sad thing is that this is becoming an annual thing for us, unfortunately. So I think that every year we have one big evacuation at our facility,” Sakapjian said.

She said they are building temporary panels and tents to help secure more animals with the limited space.

“We’re going to have a second run of evacuations come soon,” Sakapjian said. “So I know everybody is running around trying to prepare for that and we’re probably going to get another 80 animals or so in the next couple hours.”

She said a lot of the animals are extremely stressed from the conditions and they need to be cautious when transporting the animals.

There are helicopters and ground crews rushing to put out the flames that continue from the Santa Ana winds, with gusts ranging from 25 to 35 miles per hour.

Along with Pierce, California State University, Northridge, College of the Canyons and Los Angeles Mission College have closed their campuses until the air quality becomes safe.