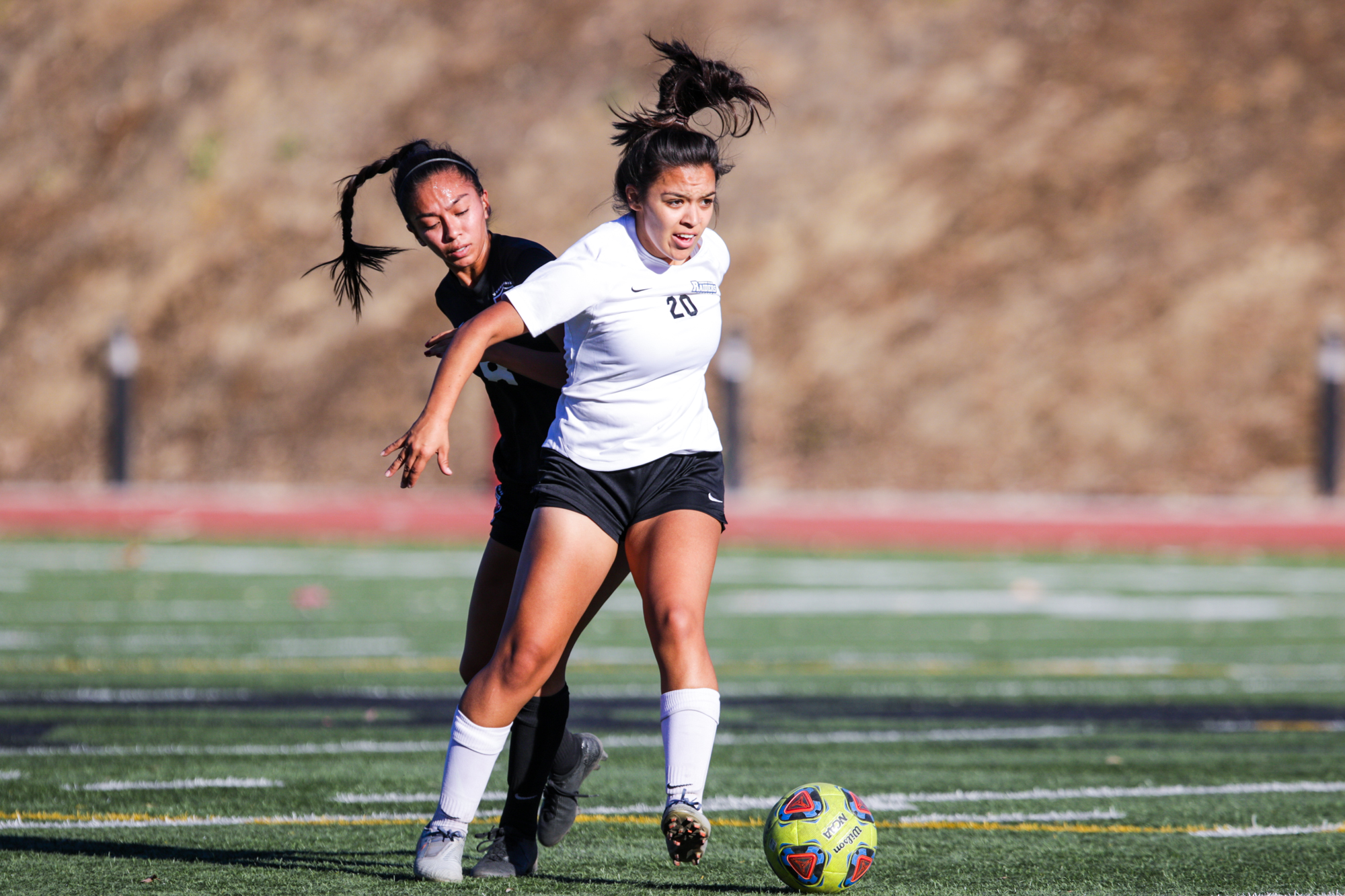 Friday’s game was an indication of how the soccer season has gone for the Brahmas. The team has been unable to close games against their opponents and it has not allowed them to pick up more wins.

The Brahmas started off the game with a goal in the first half, but the game ended in a 1-1 tie.

Head Coach Adolfo Perez said that being able to get a tie was a positive for the team.

“We couldn’t withstand the pressure,” Perez said. “We had a great chance to win it. We didn’t, but we didn’t lose it which is a plus.”

Due to the heat, there was one water break in each half.

In the 10th minute of the game, the Brahmas had a corner that almost resulted in a goal from Diana Millan but was saved by the Raiders goalkeeper.

The Brahmas took a 1-0 lead with a goal by Gabriela Portillo. The goal came off a corner kick in the 11th minute.

Portillo was feeling sick before the game but decided to play through it. The game entered halftime with the Brahmas leading the Raiders 1-0.

Portillo said even though she was feeling ill, she felt like she had to step up for her team.

“I told myself that I need to make a difference. I need to score,” Portillo said. “I push myself because I want to play for my teammates.”

Assistant Coach Cynthia Rosa said that Portillo playing even though she felt sick showed the resilience of the team.

“They don’t want to let their team down or let their teammates down. They are willing to pull through little things and everything to get that finish for us,” Rosas said.

Perez said the goal came off a play that the team had been practicing on all week.

“It was a phenomenal goal,” Perez said. “It is funny, we have been working on that all week, so I am happy that it worked out.”

In the second half, the Brahmas committed multiple fouls, which allowed the Raiders five free kicks. The Raiders missed all of those opportunities.

The Raiders did eventually tie the game up with a goal by Lillian Nice off a rebound from goalkeeper Joanna Cerda.

In the final minutes of the game, the Brahmas and the Raiders both had corner kick opportunities, but both teams failed to score. The game eventually ended in a tie with a final score of 1-1.

Perez said that he thought the team played well overall and had good energy.

Pierce’s record is now 6-9-1 and will look to get back in the win column next week.

The Brahmas will be playing on the road against Allan Hancock College on Tuesday Oct. 29 and against Oxnard College on Friday Nov. 1. Both games are at 4 p.m.