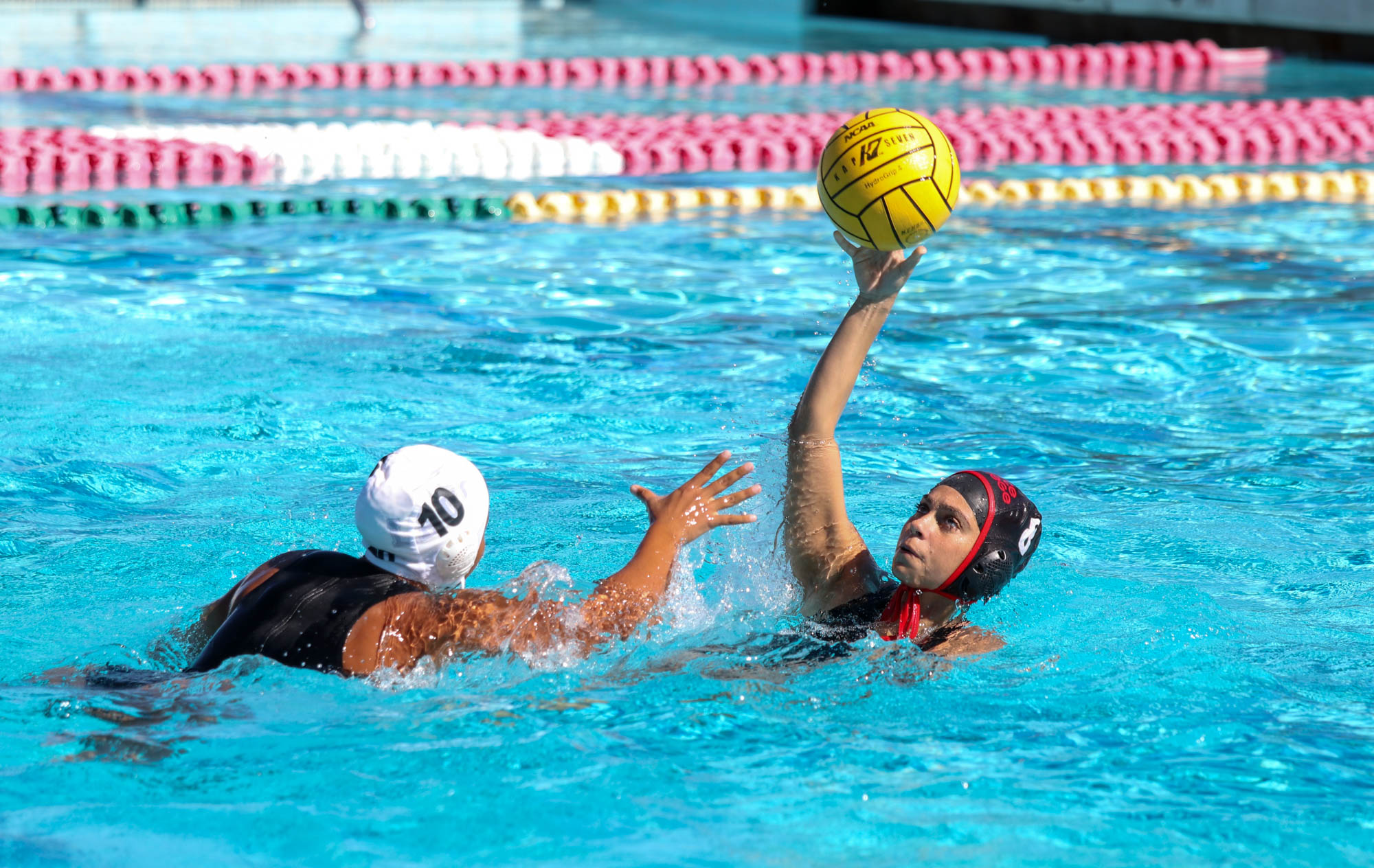 Brahmas come from participating in the Ventura Tournament where goalie Jocelyn Claycomb suffered a concussion.

Head coach Judi Terhar said Claycomb got hit in the face during the tourney. Piper Levine, who began the season as an attacker, substituted as goalie for the match due to concussion protocol.

Terhar said that since half of the team are new players, she coaches them to play defense while the more experienced players attempt to make shots.

“We put in girls who literally came to my summer swim class and we asked them to learn and play water polo so they did amazing,” Terhar said. “Valley College is 10th in the state, they’re an excellent team. We did very well.”

The first quarter ended with the Monarchs leading 8-2. Sandy Gogoasa scored twice for the team.

In the second quarter, Valley widened the gap and scored three more to take a commanding lead over the Brahmas.

Melany Degutis and Ava Recchia also got on the scoresheet, while Gogoasa scored her third goal of the game.

Recchia would end up scoring twice in the fourth quarter, but it wasn’t enough as the Monarchs would prevail winning 16-7.

Robert Echeverria, assistant coach at Valley, said the smaller pool at Pierce made it tricky for the Monarchs to warm up to.

“In a bigger pool, they have more time but in a smaller pool, your passes have to be on point or else they can lead to a turnover. I think that’s what happened in the first quarter,” Echeverria said. “We were turning the ball over too much because we thought we had all the space in the world but we didn’t and then they adjusted so that made things a lot better.”

Throughout the game, substitute goalie Levine saved 10 shots from Valley.

“It was extremely thrilling, yet nerve-wracking to be put as goalie,” Levine said. “Blocking those shots made me feel proud, gratified and that I was serving my team with the best of my ability.”

The next match scheduled for water polo is at Santa Barbara City College where the Brahmas will compete against the Vaqueros on Nov. 2.

“What I want is for us to play our game,” assistant coach Mircea Pitariu said. “Santa Barbara is one of the top schools in the country, really. I’m going in there expecting us to play our game and work on the things we need to fix up so come playoffs we’re very ready.”