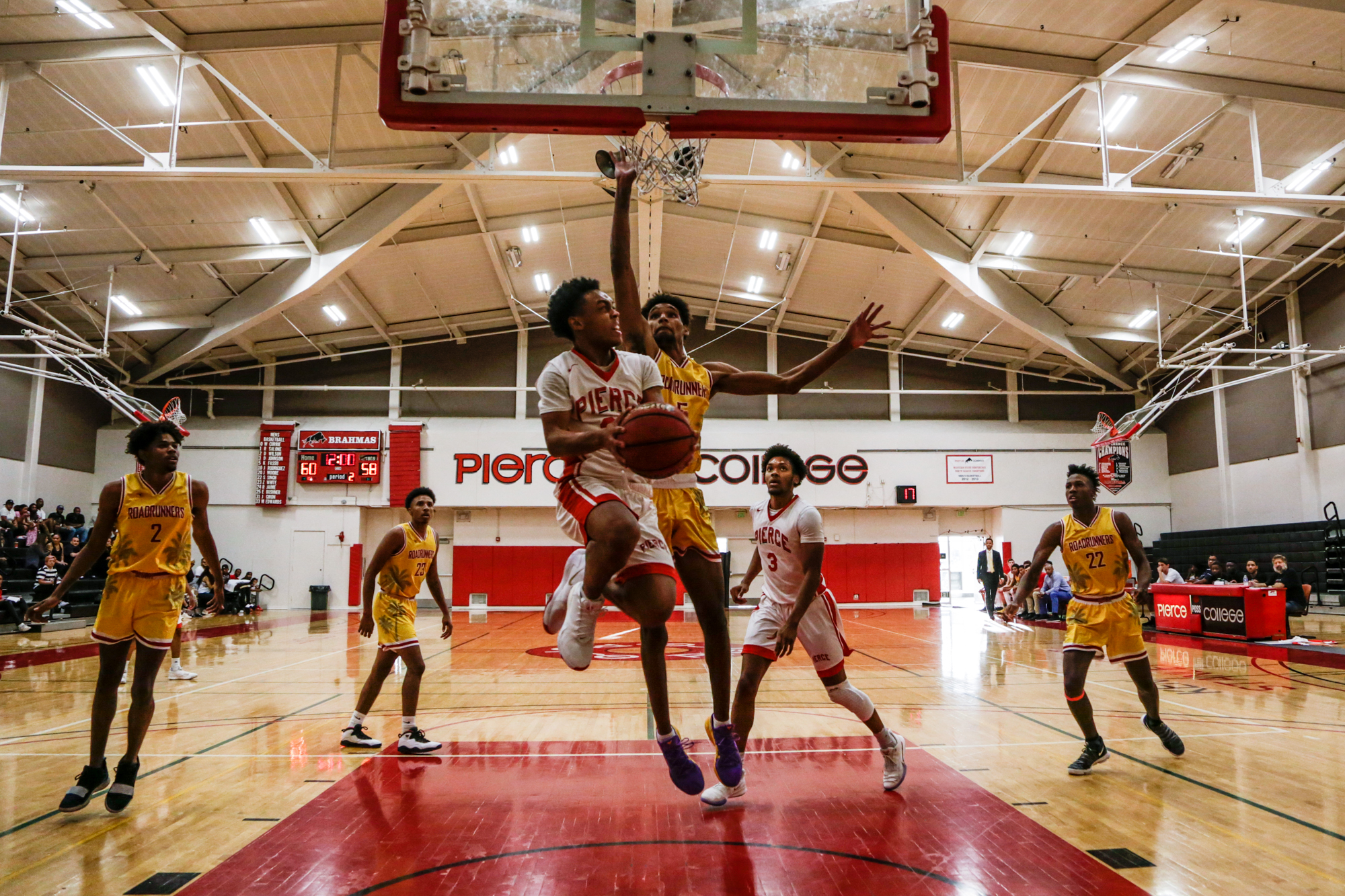 A second half surge by the Roadrunners resulted in men’s basketball losing their home opener to the College of the Desert.

Despite having the lead, Pierce ended up losing the game 89-82.

Head Coach Charles White credited the loss to defensive issues and turnovers during the second half.

“We were out of control a little bit,” White said. “We lost our composure. We were overaggressive and guys were coming up out of position and when that happens, good teams will make you pay for it.”

Pierce held a tight lead over the Roadrunners in the middle of the second half but could not keep it by the end of the game. White said those minutes were critical to the loss.

“In the last five minutes we just started not being under control and showing that we might’ve been a bit inexperienced,” White said. “The guys know better. We’ve been playing well.”

The Brahmas were leading 44-43 at the end of the first half.

The teams were neck-and-neck, tied at 70-70 with eight minutes left in the game.

COD took the lead in the last five minutes, taking the score to 77-74. Their lead steadily increased following 2-pointers and free throws.

Pierce tried to catch up, but in the final minutes of the game, the Roadrunners were already up by seven points.

Assistant coach for College of the Desert Kevin Lacy said the Roadrunners’ aggression contributed to their win.

“We just came in and came ready to play hard,” Lacy said.

White said the team will treat the loss as a lesson on how to improve for the rest of the season.

“Instead of running our sets and coming down and being more patient, we lost our patience because we wanted to catch up again,” White said. “Moving forward, [we will] make sure that we learn how to take care of the ball and that we play as a unit.”

Assistant Head Coach Mike Farmer said the loss showed that the team needs to improve their defense and clean up their turnovers.

“We got kind of wild at the end,” Farmer said. “We were overplaying assignments [and] leaving our position to go help somebody when we shouldn’t have.”

Farmer said teamwork will be key to winning games in the future.

“We’ve just got to get back to being disciplined and trusting our teammates to do their job,” Farmer said.

The Brahmas’ record is now 3-2. The team will be in Pasadena from Thursday to Saturday for the Pasadena Tournament. Schedules have yet to be announced.