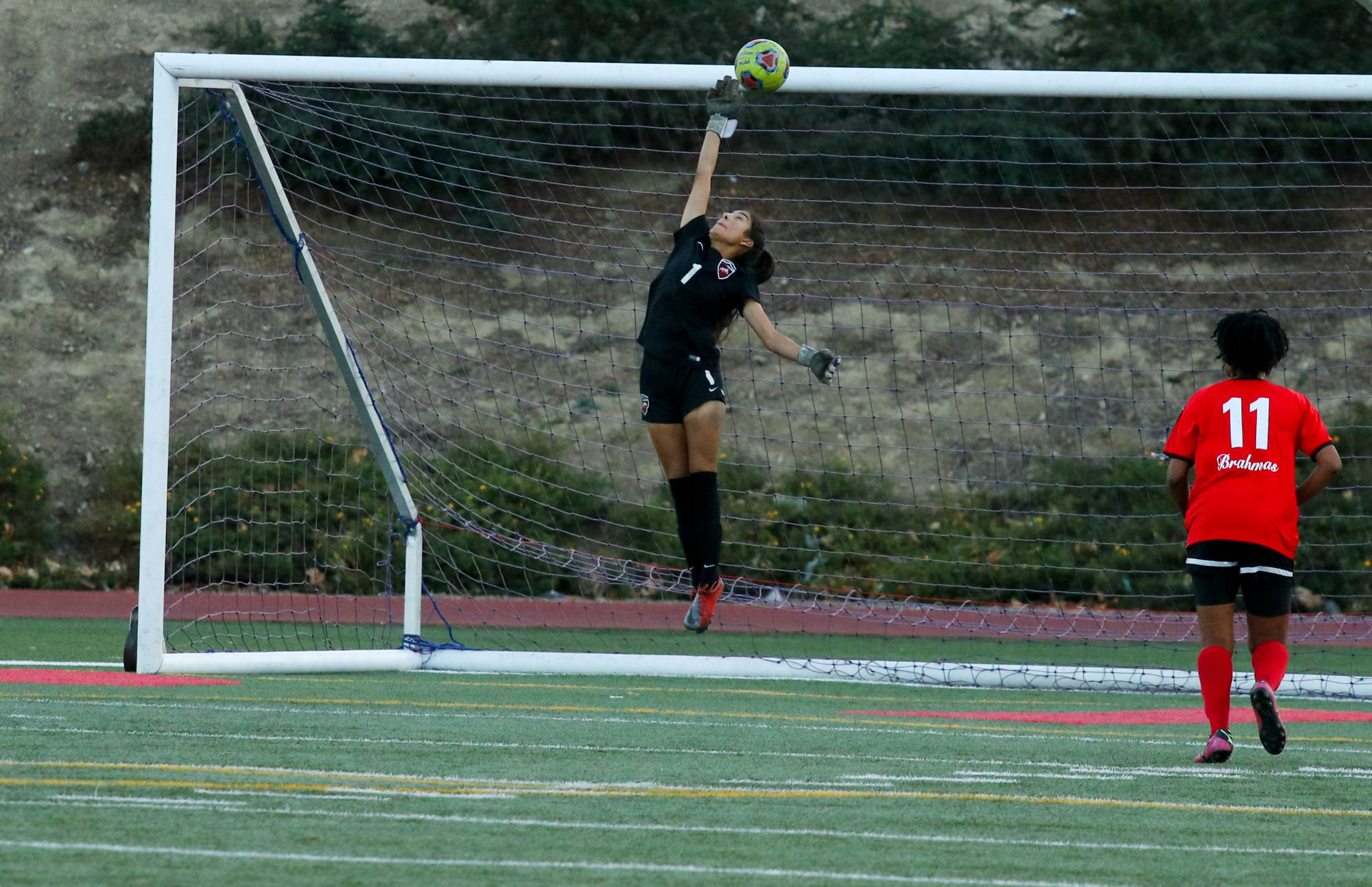 Brahmas soccer kept their playoff hopes alive despite not being able to score against Cuesta College in Friday’s conference matchup.

Pierce and Cuesta were not able to break the deadlock as the game ended in a goalless draw.

Head coach Adolfo Perez said he is proud of his team is responding.

“You have to take into consideration that we are ending against the top three teams in conference and we are not losing against them,” Perez said.

Perez said he liked the determination that his players had to not concede.

Before the game it was sophomore day. Defenders Sherry Ramos, Jessica Palmer and midfielder Diana Millan were recognized.

When the match started, both teams were aiming to keep possession and it was Pierce with the first chance.

Stephanie Reyna who scored in the previous game couldn’t keep her shot on target.

Perez said it was a golden opportunity to take the lead.

“Last time Stephanie was on the scoresheet and she was so close again, but it is soccer. You score and sometimes you miss,” Perez said.

Later in the half, Amelia Weckhurst tried to go for goal from distance, but her shot barely went over Cuesta’s goal.

The team was shaky during parts of the game and it showed in the second half.

Cuesta had an opportunity via a freekick, but Joanna Cerda made a big save to keep the game scoreless.

“I had to step up in a big way for my teammates. I needed to be patient because the moment was going to come. Unfortunately my goalkeepers coach couldn’t see it,” Cerda said.

Cerda said they must be focused heading into the Ventura game next week.

“While there is still a chance, we should not let our guard down. We must get the job done,” Cerda said.

In the final 10 minutes of  past games against Moorpark, Santa Barbara and Ventura, Pierce were unable to finish off against their opponents

Two of those games ended in a draw, while the Ventura game ended in a loss.

“We were tied 1-1, but they scored two goals in the final minutes and we can’t let that happen again,” Perez said.

“It is powerpoints. We are actually going to go up a lot because they base it on the record. At this stage of the season you don’t want to lose,” Perez said.

Millan said the team started off slow, but they were getting the opportunities.

“We need to work on finishing our chances, but we played hard for 90 minutes plus this time instead of just 87 against Santa Barbara,” Millan said.

Millan said that she hopefully sees the team playing with the same intensity.

The Brahmas with the draw are now 7-9-4 overall and will look to book their spot in the playoffs for a 19th straight season when they travel to Ventura on Friday, Nov. 15. Kickoff is scheduled for 5:30 p.m.