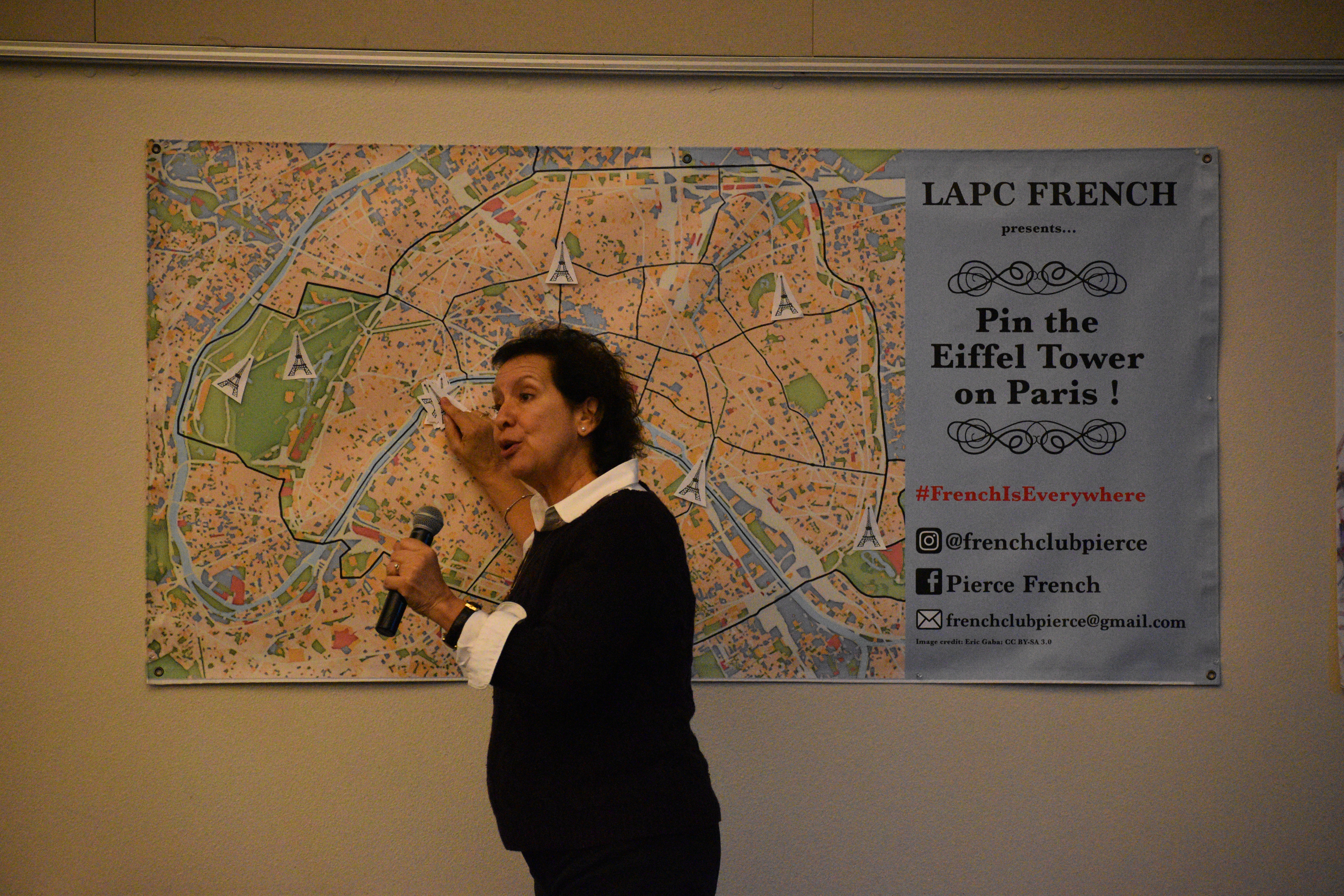 Moummad, who considers himself to be French-Moroccan, found a deep connection to the movie’s message and the main character.

“This film really touched me to the core,” said Moummad. “Whether or not you’re a legal or illegal, you know, you’ve traveled to that country and you’re trying to reach a better life for yourself.”

Filling the venue ambiance was French music, the likes of “Je l’aime a Mourir” by Francis Cabrel as well as French hip-hop artist Orelsan’s “La Pluie.”

The film “Tazzeka” centers around Elias, who works in the convenience store of his Moroccan village and has a passion for the culinary arts that far exceeds the means of his environment. After a chance encounter with a TV chef, Elias must leave his home, his ailing grandmother and the only life he has ever known in the pursuit of his dream.

The film received an ovation from the 130 students, staff and community members that comprised the audience.

While other films showcased at the film festival touched on topics including AIDS activists and The Holocaust, “Tazzeka” mirrored a current and on-going issue in the US.

Sign Language major Carlos Ayala was able to offer an opinion on the movie as well as its message and delivery.

“If I can say one word to define what this movie was, it was fantastic,” Ayala said. “I really felt like this was a great way to touch on the topic. Immigration is really a worldwide thing.”

Ayala, who migrated here with their family and gained citizenship, gained a new perspective after seeing the film.

“Seeing this film makes me understand that for many people that is not the case,” Ayala said. “They’re constantly worried about shelter, if they can support themselves. But most of all, they’re worried about getting caught.

French Club member, Moroccan native and Business Major Khamsi Khadija, who was also a part of the Q&A panel, was thankful for the opportunity to share another side of immigration.

“There is another kind of immigration and also the psychological and the financial issue everybody is dealing with,” Khadija said. “I am so happy to have this opportunity to share it with everyone.”

While immigration was the main focus of discussion with “Tazzeka”, third and final Q&A panelist, Spanish Professor Fernando Oleas touched on more.

“We can approach this from different angles,” Oleas said. “You are reconnected at that moment with the music as well so that’s very interesting in terms of the artistic representation of the film and trans over the in terms of this particular personal story.”

Though the movie spoke on matters of immigration, family and loss, Moummad touched on how translations and subtitles give an accurate depiction of the spoken word. He said they do not always give the full picture.

“You don’t do a translation, you do like a version,” Moummad said. “You want people to be able to watch the film, enjoy the film, and not spend too much time reading. So, you have to make it short and concise and get to the meat of the translation. You get the meaning. You get the essence of what they try to say.”