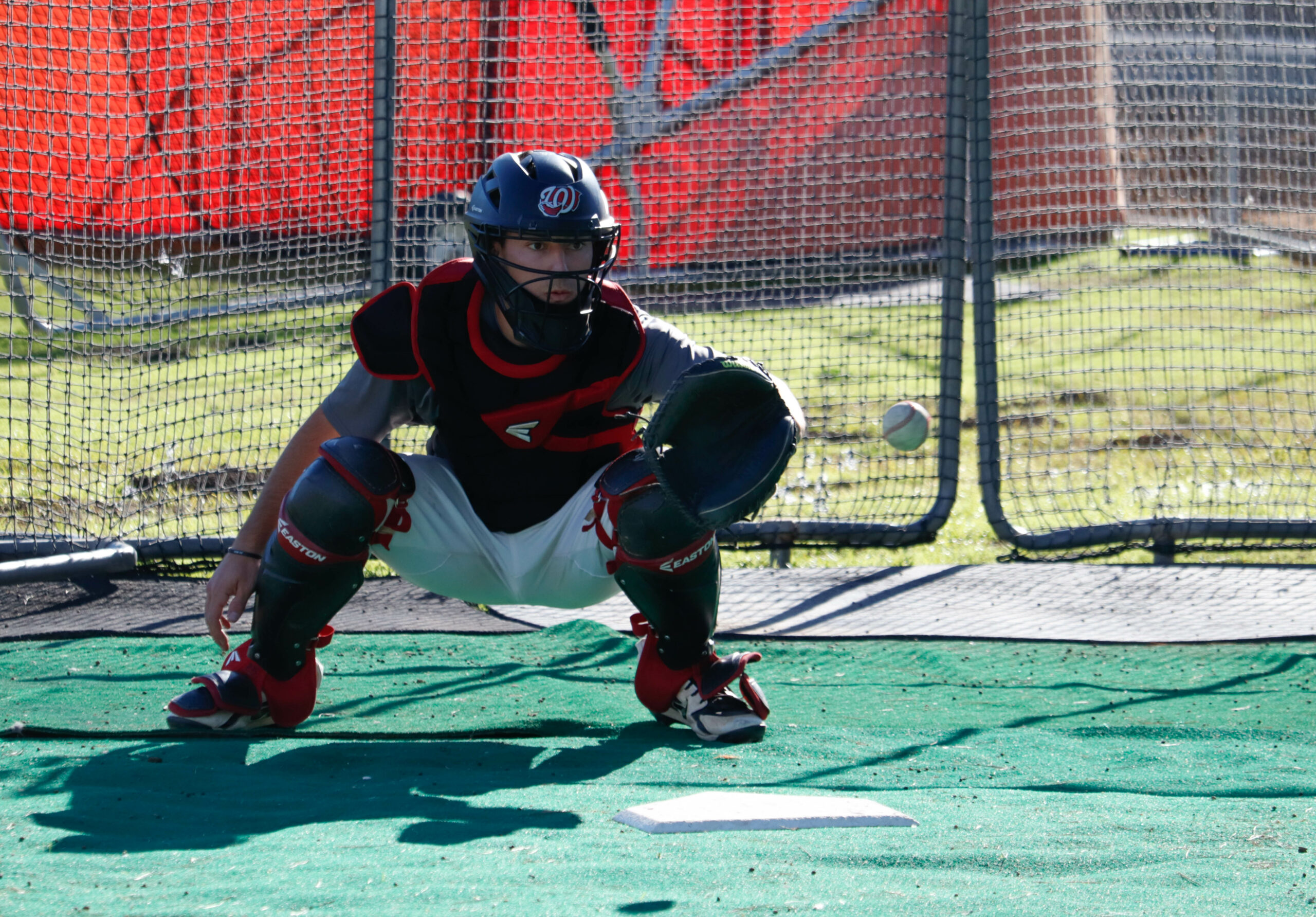 UPDATE: Baseball now begin their season at Riverside on Jan. 25. First pitch is at 6 p.m.

Brahmas baseball opens its season on Jan. 24, 2020 against Riverside and while there are some new challenges, head coach Bill Picketts has a positive outlook.

“I’m always looking forward to the beginning of the season and seeing how these guys all come together. It’s a good group,” Picketts said. “They all worked hard in the fall and I’m always excited to see guys from last year and see how much they’ve gotten better. And I think they have, they’ve put in the work.”

The Brahmas will be back in the Western State – North conference after playing in the WSC- South  for the past few seasons. Pierce joins Santa Barbara, Allen Hancock, Cuesta, Oxnard, Ventura and Moorpark in the conference.

Picketts said moving to the WSC-North will be more of a challenge to play in because it has historically been a really good conference.

“When we were in it previously, the first two years I was here, it was extremely difficult. Everybody gets two teams in the regionals, but they usually get three because of their strengths of schedule,” Picketts said.

The Brahmas finished 11-26 last season and saw some of their key contributors transfer to universities. One of them is Johnathan Lavallee, who was their top player last season and transferred to Long Beach State University.

They will be relying on the development of some of last season’s freshman, including Dirk Ryan, Jackson Briscoe and Brent Swearingen.

“I think we did a pretty good job of developing the guys that were here last year,” Picketts said. “We got some freshmen that had some pretty solid years and I always expect my freshman to be better as a sophomore.”

Infielder Dirk Ryan said he thinks everyone is locked in and ready to go.

“I’m looking forward to the team camaraderie we have right now. We have really good chemistry going, it’s a lot different than last year,” Dirk Ryan said. “A lot of us are out having fun and everyone’s just getting along a lot better. And also it’s just a new season so we’re excited to get after it.”

Sophomore pitcher Joe Metcalf said he wants to prove himself and stay confident so he spent the offseason working out and trying new things on the mound.

“I think I can stay healthy. I think I’ve got the stuff,” Metcalf said. “It’s just staying consistent day in, day out and doing the same thing and just dominating.”

The Brahmas also have some reinforcements coming via transfer who could end up being big pieces for the Brahmas this season.

Picketts said Donovan Waitman—who transferred from D-II Barton College—has been impressive this fall and is probably going to be the Brahmas’ number one starter this season.

They also have two pitchers, Colin McGeary and Sonny Haro, who are returning from injuries and could make an impact, according to Picketts.

“I think if they end up healthy, we can be really good,” Picketts said. “I’m expecting a lot from them and they’re just kind of on the cusp. I think they’re both healthy, but they just haven’t pitched in a competitive college game in a while.”

Joining Picketts on the coaching staff are three other coaches. Michael Hymes, who will mainly coach the infielders, was with the team last season. Picketts said he has been awesome ever since he joined the staff.

Tyler Eastman, who is coaching the outfielders, and Jake Ryan, the catchers’ coach, are the two new additions to the Brahmas’ coaching staff.

“[Eastman] used to play for me. He called me up in the summer and said he wanted to be involved again and that was awesome. He has a great attitude, super positive,” Picketts said. “And then Jake Ryan has been excellent. He just stopped playing last year, he was at Dominguez Hills. He’s new but he has taken on the role and he’s really done a good job. He’s super organized and super motivated.”

Jake Ryan, who is the older brother of Dirk Ryan, said this is his first coaching job but he doesn’t have any major worries.

“No fears man, It’s baseball. It’s about having fun. My biggest fear, I guess you could say, is making sure that everyone finds a place to play after this,” Jake Ryan said. “Because that’s what we’re focused on here, winning ball games and letting these guys continue their success somewhere else. We want to be that halfway point for them and then hopefully they get better and have fun here and then go play somewhere they desire to play.”

Joe Kelly Field, where the Brahmas play, is scheduled to be overseeded and leveled to help improve the playing conditions, but construction has caused some issues with that, according to Picketts.

“It’s something that’s been needed for quite some time now,” Picketts said. “So I’m hoping that gets done soon enough where we can play on that opening day.”

However, despite the challenges ahead, Picketts thinks the team is ready to compete.

“Things are going in the right direction,” Picketts said. “I’m really happy with my coaching staff and I’m happy with the guys that we have. We’ve got some kids that I think are going to excel this year and have a chance to play at the next level.”