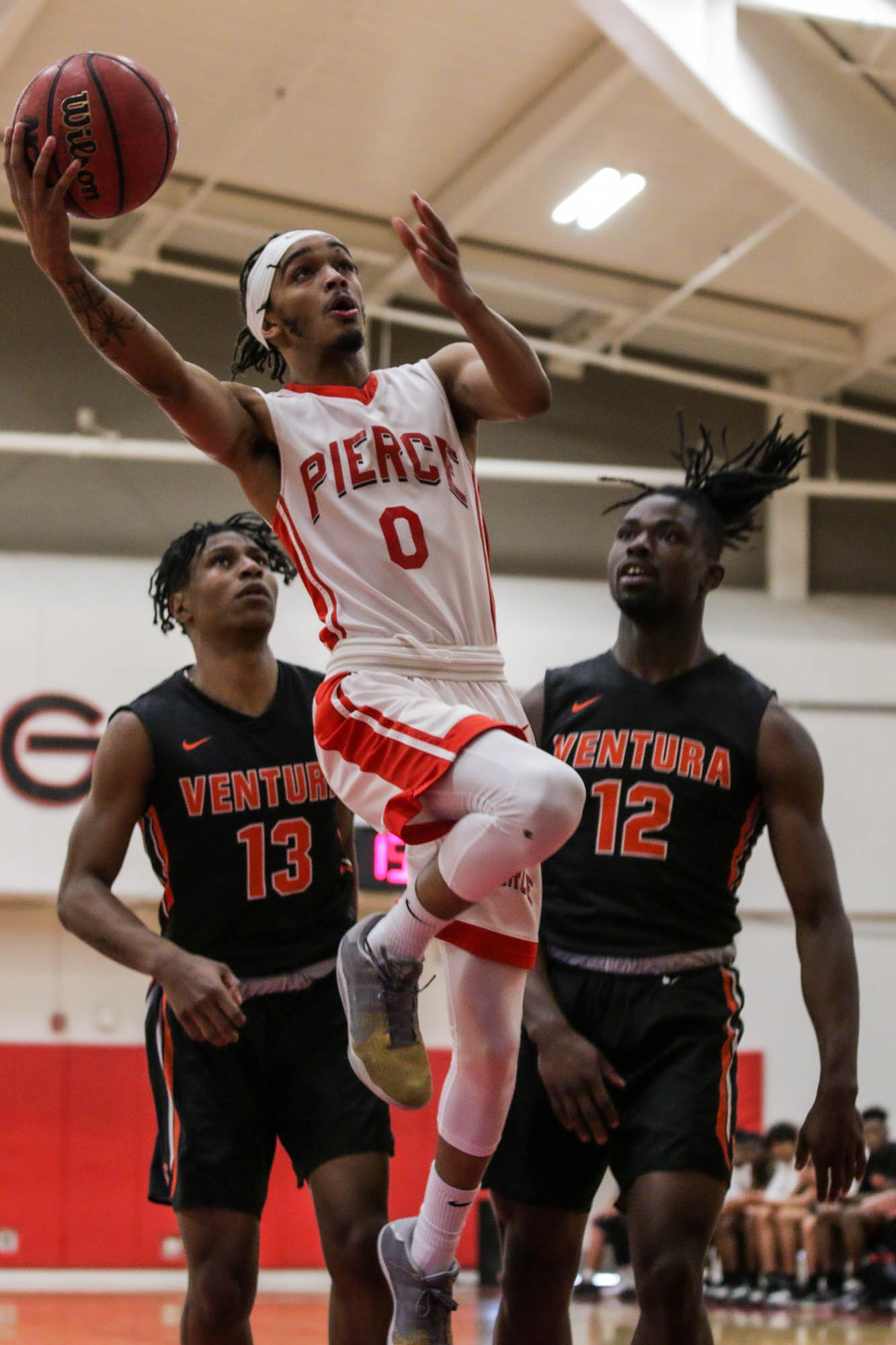 Missed lay-ups, three-point attempts and constant turnovers proved costly for the Brahmas as they lost to the conference leaders, Ventura College.

Despite showing fight toward the end of the game, men’s basketball lost to the Pirates 68-64.

“We couldn’t put the ball in the hole and when you don’t do that, you can’t win games,” White said.

During the warm-ups, Ventura College wore a shirt which had the numbers eight and 24 on the back to pay tribute to Lakers’ legend Kobe Bryant.

Max Edwards, who is one of the team leaders in points, only had eight points in the game.

Edwards was not pleased by the game’s outcome.

“We played good defense, but we started very slow and Ventura took advantage even though we showed heart and we cut the deficit to only four points,” Edwards said.

Ventura’s defense came up big on multiple occasions. When Pierce was on the verge of scoring, they blocked some of those attempts.

The Brahmas couldn’t keep up in the second half and at one point they trailed by 16.

Despite their performance, Ventura’s Jermaine Jordan said they could have done better.

“We had mental lapses. It wasn’t our best game, but we got a win against a great team. We let our guard down and they could have won. I am proud of how we responded and got a good result,” Jordan said.