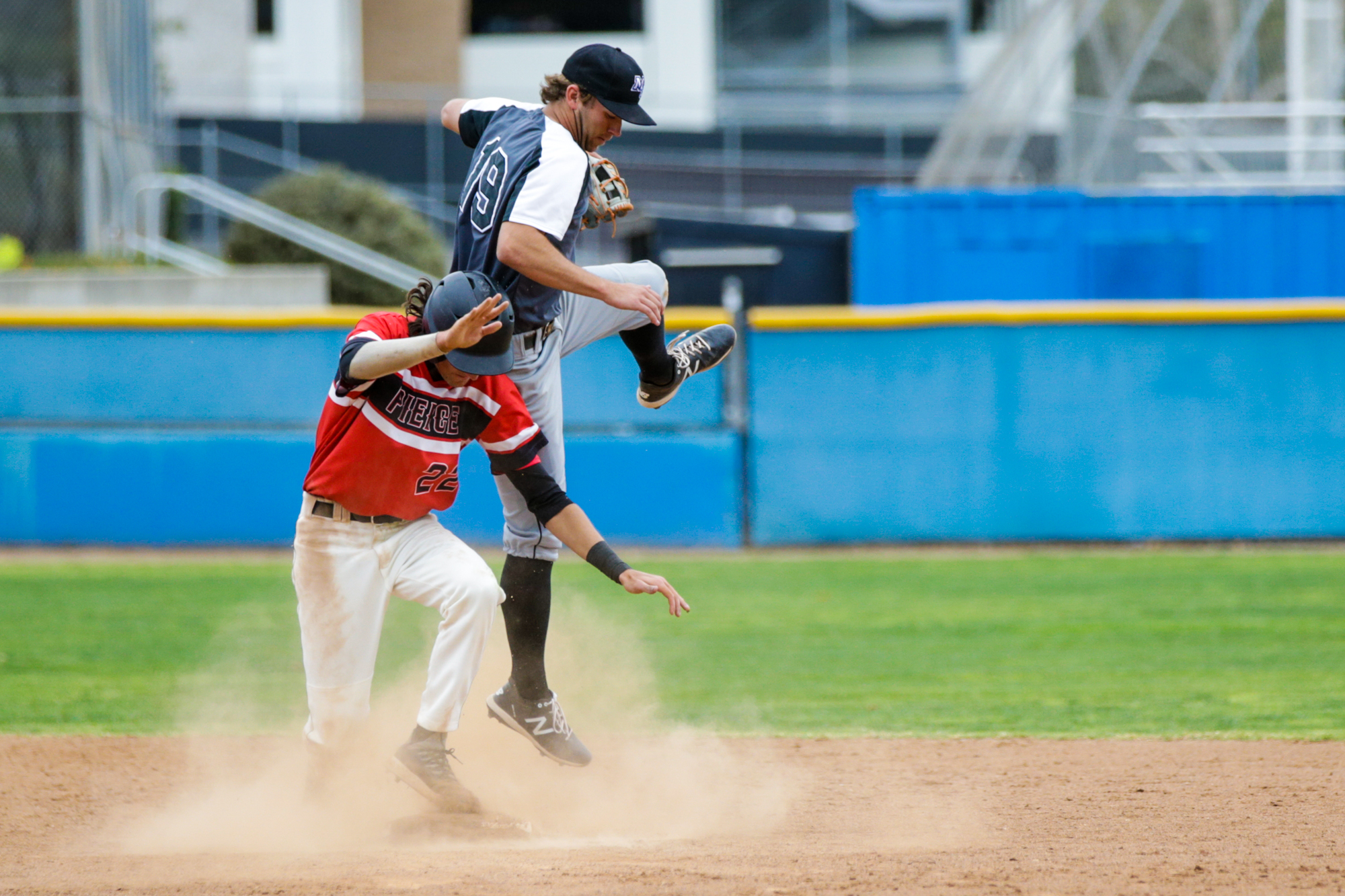 After winning the first game in the series versus the Moorpark College Raiders, the Pierce College Brahmas couldn’t repeat as they lost 9-1 on Thursday.

The team couldn’t get any momentum going at the start of the game despite playing well offensively.

“I thought we hit the ball hard,” head coach Bill Picketts said. “We just didn’t get anything out of it.”

The defense struggled early with some dropped pitches and missed fly balls. The Raiders were able to capitalize early and score five points before the end of the third inning.

“Walks will kill you,” Ryan said. “They will always find a way to come around and score.”

The Brahmas lone score came late in the bottom of the fifth inning when Hakeem Yatim hit a fly ball iwhile Gavin Haimovitz was on second base.

“As a team, we hit the ball well and got some good contact,” pitcher Juan Romero said.

The Brahmas prevented the Raiders from scoring for three innings. However Moorpark would score four more runs in the top of the seventh inning.

“Our pitchers struggled a little bit early and we couldn’t come back from that,” Picketts said.

Picketts said he felt the team did the best they could and is looking ahead to  the rubber match.

“They played with intensity and they play with focus and sometimes you lose,” Picketts said.

Both teams will face off again in the final game of the series on Saturday, Feb. 29. First pitch is scheduled for noon.