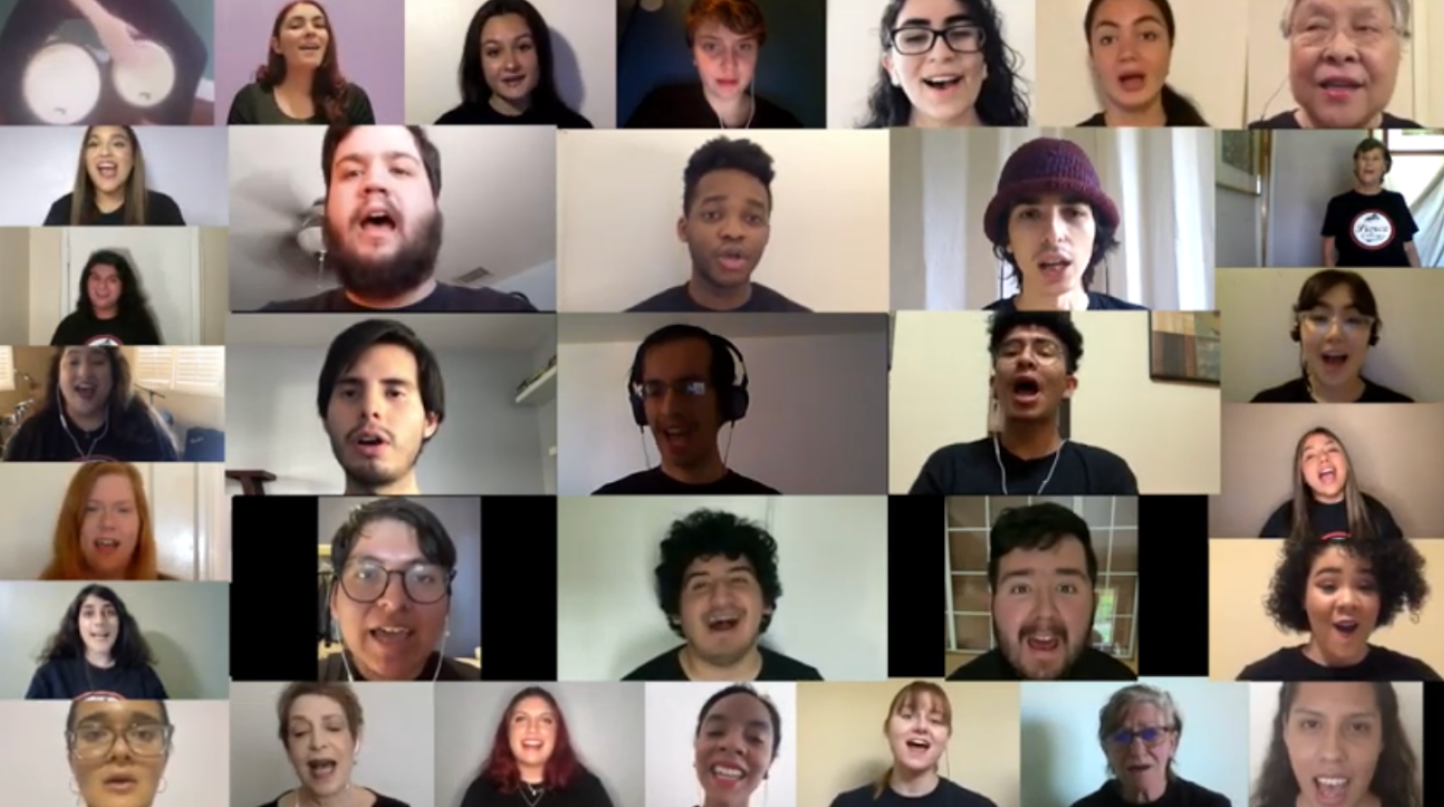 The video published on June 1 features the choir of about 30 students unifying their voices with the accompaniment of bongos, while social distancing in their prospective homes.

Soprano singer Moraiya Pourfarid said in a phone interview that she could relate to the message of freedom because of experiencing months in quarantine.

“This song definitely reminded me that this quarantine isn’t forever and that times are really crazy right now, but there will be freedom at the end,” Pourfarid said. “Once we have the freedom again, we won’t take it for granted.”

Earlier in February, the choir performed the same piece live at the Invitational USC Community College Choir Music Festival. But Poursarid said that because of the recent protests in support of Black Lives Matter, the song has a new meaning to her.

“With everything going on, people sometimes forget that racism is a big issue now,” Pourfarid said. “Even to this day, we’re still fighting for freedom for people of color. I relate this song to not only quarantine, but just fighting for our own rights.”

Throughout the transition to online learning, the LAPC Choir met on Zoom. But because the platform has audio and visual delays, choir director Garineh Avakian had a different approach in making the video.

Avakian asked students to first submit an individual file of them singing “Freedom is Coming.” Then after DJ Medina professionally mixed the files together, choir members submitted videos of themselves lip-syncing to the audio.

“The talents that we are able to share are now being portrayed through different lenses,” Avakian wrote in an email. “People are encouraged and forced to think outside the box.

The song features lyrics in English and Swahali. Alto singer Andrea Davis said in a phone interview that she approached learning the song by perfecting the English first and then learning the Swahali lyrics.

Davis said that overall, she believes the song carries a hopeful message for the present and the future.

“I think that’s why this song is so great for the time that we’re in right now because it doesn’t seem like really anything’s going to happen that’s good. A lot is going on that’s negative,” Davis said. “This song is to bring back some hope in people’s lives that it’s going to be okay in the end.”